The British Navy had a problem. When hostilities commenced in August 1914 in what would become known as The Great War, several German cruisers went on a rampage across the oceans of the world, wreaking havoc on British and Allied merchant shipping. In the Indian Ocean, the cruiser Königsberg left a trail of flotsam and wreakage as she took a heavy toll on shipping traffic, finally smashing up the aging cruiser HMS Pegasus before fleeing from the vengeful British fleet.

Königsberg had holed up in the labyrinthine Rufiji Delta. Admiral Herbert King-Hall, the self-professed “ugliest man in the British Navy” was tasked with finding and destroying the German commerce raider.

When aerial attack with primitive seaplanes failed to take the ship down, Admiral King-Hall called for the one man who knew the Rufiji Delta well enough to scout out the Königsberg and fix her location for British naval guns. On board the flagship Goliath came one of the greatest frontier partisans in Africa — Philip J. Pretorius.

“Thus I collected the cost of my farm”

For P.J. Pretorius, the Great War was just a continuation of his personal war with the Germans, whom he considered bullies to the core.

The son of Boer Voortrekkers, Pretorius had wanderlust in his blood; the sound of a cracking whip signaled “utter freedom” and adventure to his ears. A British loyalist despite his heritage, at age 16 he rode transport for the British South Africa Company in Cecil Rhodes’ bid to take Matabele land for Britain — land that would one day be called Rhodesia and is now the tormented nation of Zimbabwe. He saw war in the 1896 Matabele Uprising, then hightailed it further north into “savage Zambezia,” where he would make his living as a trader and hunter in the deep African interior. He was so far out-back that he didn’t hear about the Boer War in South Africa (1899-1902) until it was over.

After years of hunting and trading among people who had seldom, if ever, encountered Europeans, Pretorius took a restorative vacation to what was then called Palestine. He returned to the area of the Rufiji Delta in German East Africa with a bride. In a shockingly short time, she succumbed to the disease and hardship of Africa. 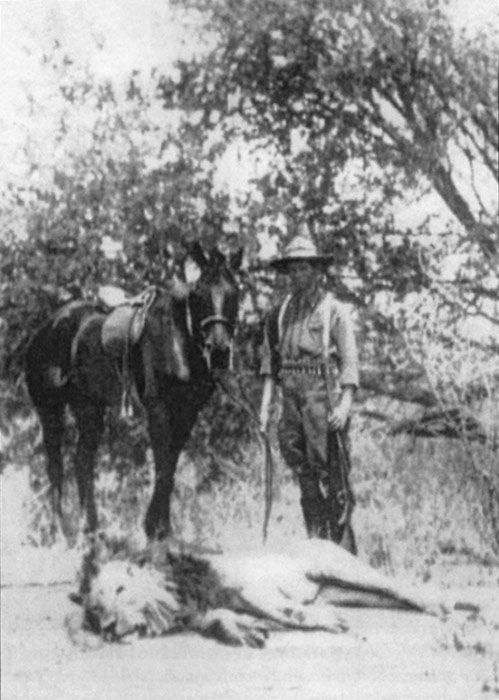 P.J. Pretorius was an explorer and hunter with wanderlust in his blood. He was fighting his own war with the Germans long before World War I broke out in Europe.

The Germans resented Pretorius’ success as an elephant hunter and the jackboot came down on him after the hunter killed a number of natives who attacked his hunting camp and slaughtered his porters. After a stint in prison, Pretorius was cleared in the killings, but the German colonial bureaucracy began to harass him, pulling his shooting license and making it impossible for him to hunt. The final straw came when the Germans attempted to force him to sell his farm to a German officer. When Pretorius refused, the colonial government simply confiscated the farm.

Pretorius took to the bush and declared war.

“I wrote a letter to Newala, informing the Germans that from then onward I should be hunting elephants in the district, and I challenged them to catch me.”

The lean, mean Boer poached enough ivory to cover the value of his farm, then pronounced himself satisfied. But the Germans weren’t going to let things go. P.J. Pretorius was an outlaw, a wanted man in German  East Africa and when hostilities were declared, a patrol of German officers and African askari soldiers set out to run the outlaw to ground.

The Germans hit the hunter’s camp in the middle of the black jungle night and he barely escaped, jumping into a river with a leg shattered by a Mauser bullet.

As happened so many times in his long, adventurous career, Pretorius’ African porters and gunbearer saved his life. They carried the hunter as they fled into Portuguese territory (it seems that almost every European nation wanted their own piece of Africa) and Pretorius was arrested. His gunbearer Saidi smuggled a Lee-Metford rifle to his boss and Pretorius broke out and escaped to South Africa.

On the way, he performed a gruesome bit of bush surgery on himself, lancing his pus-filled leg wound with a native’s knife. P.J. Pretorius was one tough bastard.

He recuperated in the South African home he hadn’t seen in more than two decades, under the watchful eye of British counter-intelligence, who figured his story was an outlandish lie and that the Boer was probably a German spy.

They must have decided he was legit, because in early 1915 he was summoned to Admiral King-Hall’s flagship and set on the spoor of new prey — the Königsberg.