Sam Elliott said that about film writer and director John Milius; the words apply in spades to Tim Willocks. I know there are women who have devoured his novel of the 1565 Great Siege of Malta, The Religion, with as much gusto as any man, and I am most grateful that such women exist. But Willocks truly is not writing for them. He’s writing for men. Men like us. 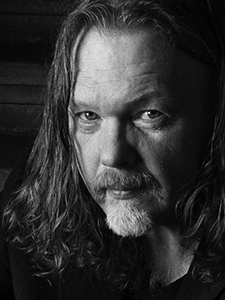 His new novel, Memo From Turner, is a tale about a man. A man of integrity and honor. A man of violence. A man who cannot compromise, even with himself.

As the old Harley Davidson commercials used to say:

“If I have to explain, you wouldn’t understand.”

Willocks is a top-tier stylist. His love of language is sensuous and his writing goes to my head like strong wine. His unflinching depiction of the effects of violent action on the human body creates a visceral intensity that few can match. The fearlessness with which he plumbs the depths into which a man will plunge in order to take one more breath is, in itself, breathtaking — and cringe inducing.

But the thing that strikes me most is the profound humanity of his characters. Everyone and everything is more complex that they seem to be, or ought to be. Turner is a man of absolute moral conviction, and he is, in the most fundamental sense, heroic. And yet… is he “right”? Are his antagonists “wrong”?

“I think one of the scariest things that can happen with a ‘bad guy’ is when they make perfect sense. When, as a reader, you find yourself nodding your head.”

By some strange magick, Willocks makes venal corruption, paranoiac self-will and cold-blooded professional murderousness all “make perfect sense.” The “scary thing” happens with the bad guy(s). And rooting for the good guy is pretty scary, too, come right down to it.

Our compadre Paul McNamee says that Idris Elba should shine on all the James Bond talk and play Turner. X-ring, Paul.

I don’t understand what’s up with Willocks and U.S. publishers. The book appears to be available in paperback through Amazon, though the hardback shows a release date of March 2019 in the U.S. My brother ordered through Amazon UK, which is what we had to do with Willocks’ Twelve Children of Paris. Whatever you have to do; do it. Get the Memo.