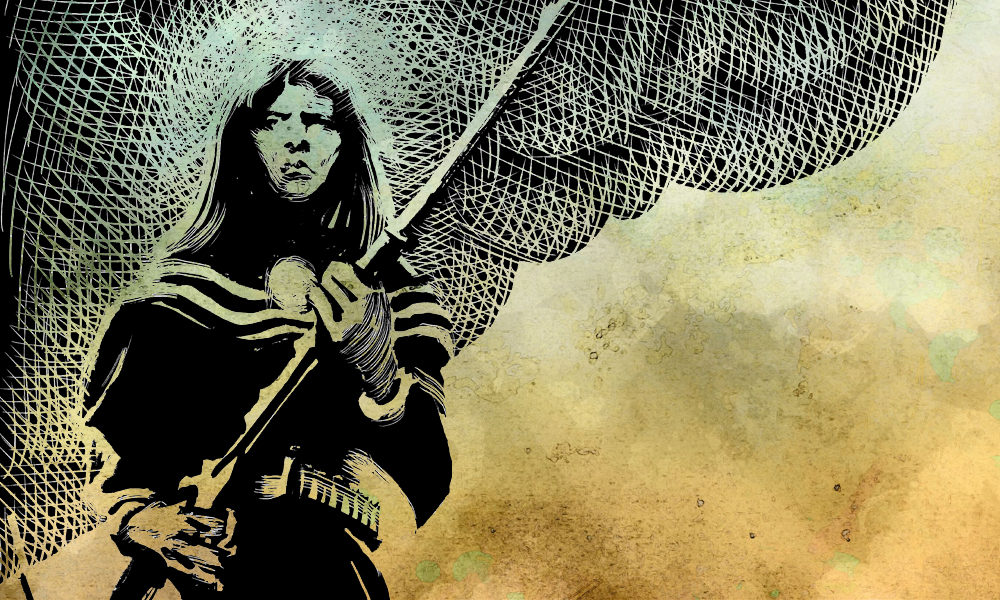 “I saw a magnificent woman on a beautiful black horse Lozen, sister of Victorio. Lozen, the woman warrior! High above her head she held her rifle. There was a glitter as her right foot lifted and struck the shoulder of her horse. He reared, then plunged into the torrent. She turned his head upstream, and he began swimming.”

— James Kaywaykla, describing the escape of Victorio’s Chihenne Apache from the San Carlos Agency in Arizona, back to Ojo Caliente in New Mexico.

Lozen is a hero made for our times — a warrior woman, fighting against a colonialist power.

She was the younger sister and “right hand” of Victorio, one of the finest guerilla leaders in the history of warfare. According to Apache lore, she was a fine rider and a good shot and a skilled horse thief. As Jana Bommersbach recounts in True West Magazine:

“Lozen’s most special talent was her clairvoyance in identifying danger. It’s said she employed a special ceremony to detect the enemy. Standing with her arms outstretched, she’d slowly turn, singing a song until she could “feel” the direction of the enemy—her palms turning hot and a deep red color. It is said she was always right, and her ‘ceremony’ was sought often.”

Geronimo is purported to have the same form of Power.

That sort of thing is generally dismissed by the Western mind, but it is worth noting that Victorio eluded and fought off concerted pursuit for months during the 1879080 Victorio War, with Lozen at his side. When she was absent from his band — seeking ammunition and caring for a woman in childbirth — Victorio was trapped at Tres Castillos in Mexico and died along with most of his men. His women and children were sold into slavery.

Lozen would accompany Victorio’s lieutenant Nana on his raid to avenge Victorio, and eventually linked up with Geronimo and was part of his little band of resistors till the end.

Last weekend, I stumbled across a Discovery Channel doco on Lozen — part of a series on Warrior Women hosted by Lucy Lawless. It’s worth the time.

Apacheria is depicted in all its harsh magnificence, and the costuming and reenactments are quite good. The film is entirely sympathetic to the Apache, and the depiction is a little overcooked. The film portrays a lifestyle and economy built on a  1,000-mile circuit of hunting and gathering, centered around the spiritual homeland of Ojo Caliente — which glosses over the reality that the Chihenne (part of the Chiricahua branch of the Apache people) made a good portion of their living stealing shit and breaking things in Mexico.

This annoys me. There is no question that they were often treated dishonestly and shabbily, and sometimes murderously, by both Americans and Mexicans. But the Apaches were no mere victims. The Chiricahua  were one of the great warrior peoples of the world, and I hate to see their grandeur reduced by the modern tendency to valorize victimhood. There is no need to neuter their utter badassery in order to make them more sympathetic.

I much prefer Paul A. Hutton’s assessment:

“This is hard-core warrior stuff. To me, the Apaches are the Vikings of America and there is no reason to make apologies for who they were. These were not a sedentary people. They were raiders.”

But on the plus side of the ledger, the story is compellingly told, with a major assist from the estimable Karl Laumbach, an archaeologist and historian who literally wrote the book on the firefight at Hembosillo Basin, the biggest confrontation of the Victorio War until the denouement at Tres Castillos.

Lucy Lawless’ Kiwi-accented narration is easy on the ears, and that fine lady is most pleasant to watch. The series is available in clips on Youtube or streaming on Netflix.

Marilyn and I also watched the episode on Grace O’Malley, the Irish Pirate Queen. More on that anon… 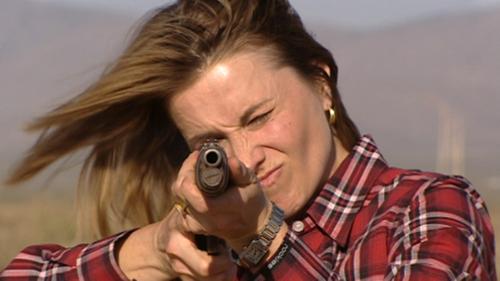