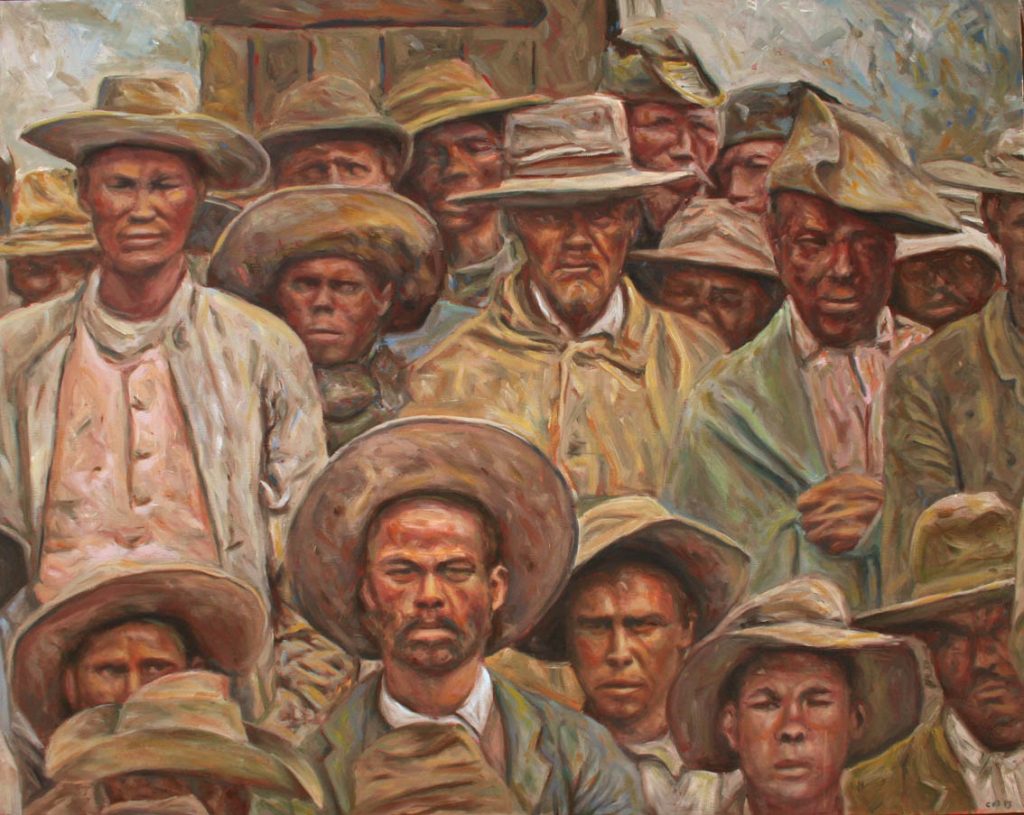 I am fond of bastards.

Truly. I love the way the word rolls off the tongue in a Tom Russell song, the way Breaker Morant bellowed it into the muzzles of a Cameron Highlander firing squad. And I am always sympathetic to the illegitimate sons of empire.

One of the areas of frontier history that fascinates me most is the mingling of peoples in the borderlands. Part of the fascination is the poignancy of a road not taken. There was a moment, at least in some places, where a mixed-blood culture might have taken root and flourished, finding its own road into the future. Colin C. Calloway makes note of this in his excellent White People, Indians and Highlanders:

“We were Cree and we were Scottish,” says Albert MacLeod, a Winnipeg Métis whose Lewis-born ancestor joined the Hudson’s Bay Company. “We were comfortable with that. We had our own way of living. We had a vision of how our future might be. But we could only have found our way to that future if we’d been left alone — and we weren’t left alone.”

The Griqua of South Africa are a case study in the manner in which a frontier people creates itself in the wild — and is subjugated by the forces of “progress.” I’ve long been meaning to write a post on the Griqua — who originally called themselves Bastaards. Now I’m just going to let Tim Willocks whitewash the fence for me. I’m well into his contemporary South African frontier tale Memo From Turner, and I’ll post on it when I’m done. Among its many bloody delights is an exchange on page 72-73 between Warrant Officer Turner and the chief of police in a remote Northern Cape mining town, one Winston Mokoena. After a dinner of hot curry (“What right man does not like his curry hot?” says Turner) Mokoena explains to Turner how the town was founded by a magistrate sent out to put down a rebellion of the Griqua.

“Abercrombie was sent, with a contingent of native police, to put down an anti-colonial rebellion by the Griqua. Are you familiar with the Griqua?”

“I know it’s the nickname of the Kimberly rugby team. I don’t know much about the original tribe.”

“They survive but are scattered among us, barely identifiable as a group. Abercrombie made his base camp on this spot and with time it evolved into a town. But it’s the Griqua rather than his deeds that merit our attention.”

Mokoena drew on his cigar and continued.

“When the Dutch East India Company founded their outpost on the Cape, they had no fantasy of creating a state, let alone our own happy republic. They sought only wealth. But as the settlers came and began to resent the Company’s autocracy, the trekboers struck out into the interior. Most of them were single young men and naturally they made free with the indigenous women — the Khoi, the San, the Tswana. In effect, they often married them, though such unions were not Christian and therefore unlawful. Hence many children were born whose social and legal status for all concerned was, to say the least, uncertain.” 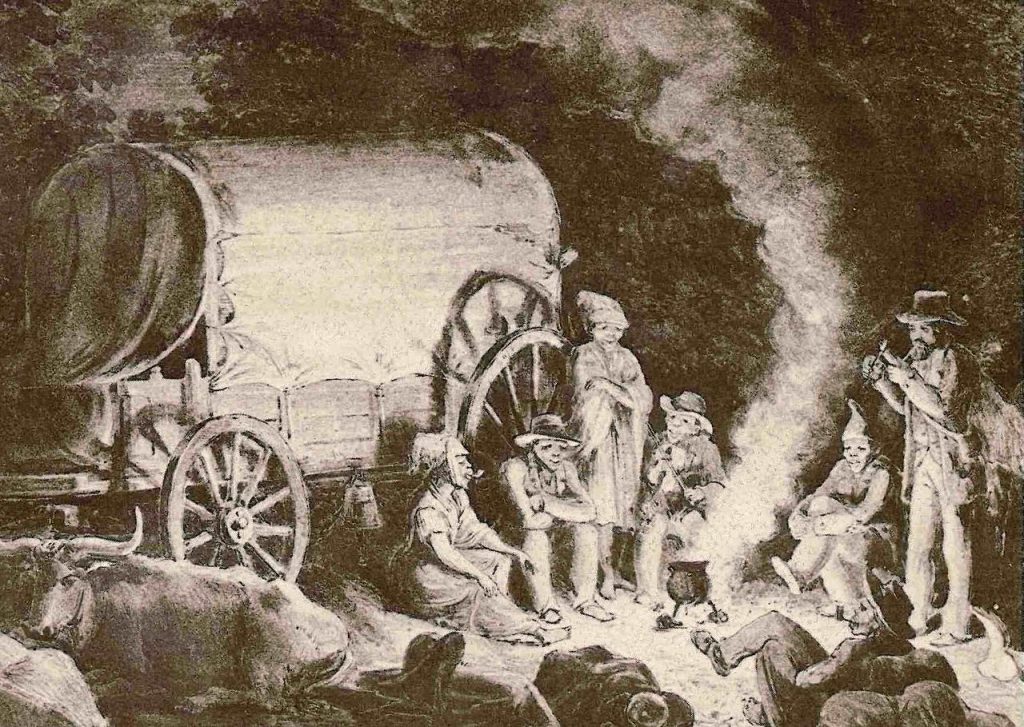 “You are familiar. I’m impressed.”

Turner shook his head. “Just a name in the back of my mind. Please, go on.”

“When the boys in question came to manhood, the trekboers conceived of the idea of using them to fulfill the military duties of their fathers, who were permanently fighting their new neighbors. They trained them to replace their own commandos and so there came about a new tribe — of mixed-race, Dutch-speaking sharpshooters, who  lived on the backs of their horses and were expert in guerrilla warfare.” 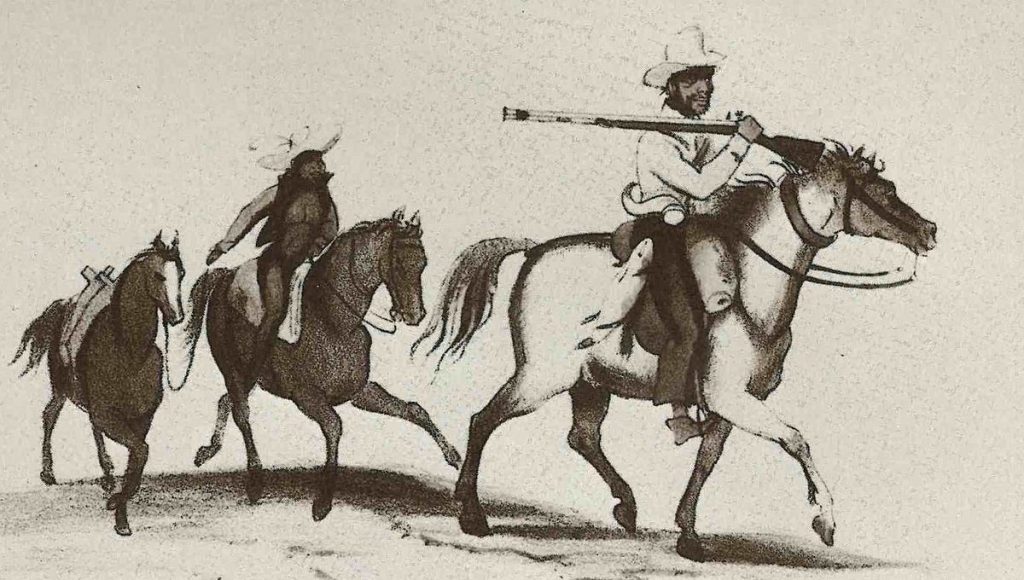 Turner said, “What’s not to love about that?”

Mokoena laughed. “What not indeed? As any right man — I like that phrase — they soon abandoned their paternal communities and struck north beyond the confines of the colony, bearing allegiance to no one but themselves. Slaves ran away to join them. They became the scourge of the indigenous peoples along the length of the Orange River and challenged the colonials at their own game. A century later their descendants, calling themselves the Griqua, established their own rival state.”

“Griqualand,” said Turner, his memory finally stirred. “Which was where the British discovered diamonds.”

“Such is life,” said Mokoena. “Even the Griqua had to kneel down before the power of commerce.”

Turner took the point. He didn’t smile. He picked up the folder from by his chair and put it on the table.

“Can I offer you a glass of Irish whiskey?” asked Mokoena.

Mokoena glanced at Iminathi. She rose and left the table and returned with a bottle and three glasses.

Mokoena uncorked the bottle and poured. “Writer’s Tears. Because when the Irish poet cries, he sheds tears of whiskey.”

“I was at an Irish bar, of sorts, this morning.”

“They’re bastards, too, when the circumstance demands it.”

“I will not hear a word said against them.”

Turner said, “That wasn’t meant as an insult.”

“A toast then. To bastards of all nations.”

Aye. Here’s to ’em. What’s not to love about that? What right man would not agree?

Previous Post: « More From The Trapline — September 2018
Next Post: Firearms Of The Frontier Partisans — Of Hawkens And Hybrids »