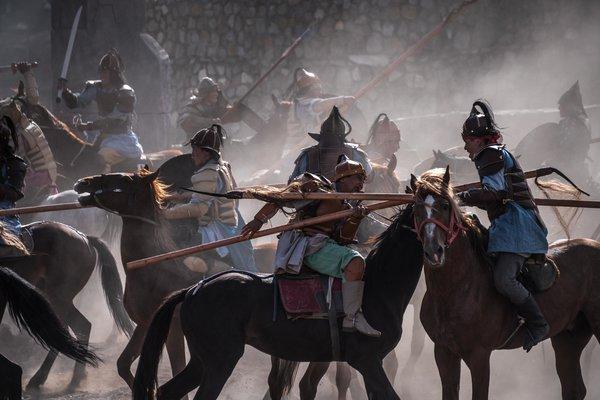 Wayne Williams scouted up story that drives an arrow right through the ol’ Frontier Partisans Barbaric Splendor Cortex. The Nomad Games ran at the beginning of September and the whole thing just makes the heart soar.

CHOLPON-ATA, Kyrgyzstan — The American team that played a brutal version of polo at the World Nomad Games does not expect the sport to get picked up by the Olympics any time soon.

“We use a dead goat,” said Scott A. Zimmerman, a team co-captain.

The game of kok-boru, with its headless goat carcass, was the main attraction at the weeklong international sports competition held this month in Cholpon-Ata, Kyrgyzstan.

Other highlights included bone tossing, hunting with eagles and 17 types of wrestling, including bare-chested horseback wrestling, where the weaker competitor often clings desperately to the animal’s head as spectators roar in anticipation of him hitting the dirt.

The organizers hope to resurrect nomadic traditions, especially those of Central Asia, whose cultures were pushed toward extinction by decades of Soviet collectivization and then globalization. 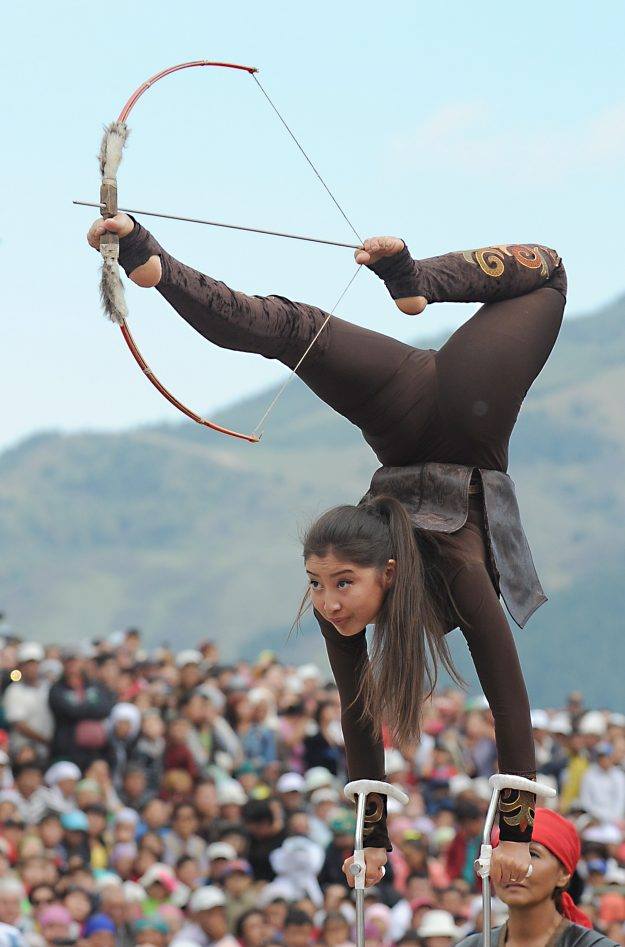 The resurrection of ancient games is a global phenomenon. The same day that Wayne kicked the Nomad Games story my way, I saw this on NPR:

Drums rumble between the stone walls lining the court. An ancient ritual is underway. The smell of incense wafts across the concrete, as wiry men and a woman wearing leather waist wraps and headbands volley a ball back and forth. They use only their hip bone to hit it.

Emmanuel Kalakot tilts his head back and blows into a conch shell horn. The sound echoes off the brick walls of the apartment complex next door. For an instant, this doesn’t really feel like 2018.

“It’s not so much about returning to a moment that once was,” says Kalakot, 40. “But we want to take something that was great in its time and make it great again, in a new, contemporary way.” 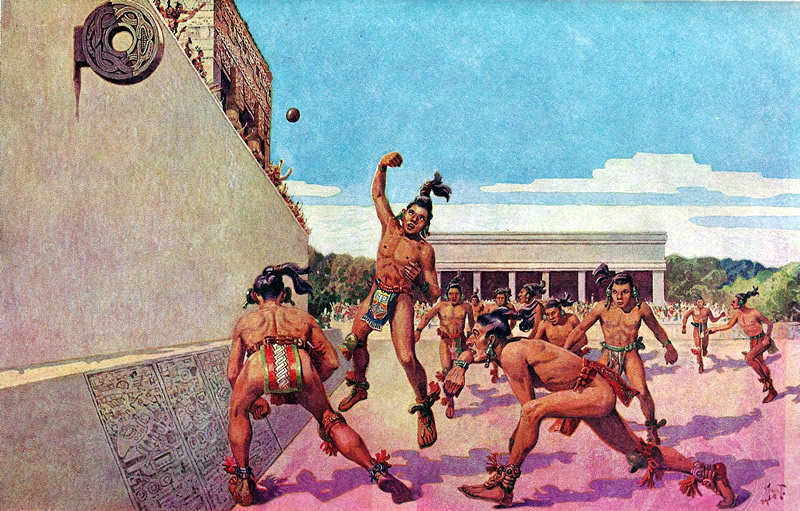 That last line hums in my head. I long ago realized that what makes my own work meaningful to me is not living in the past or recreating the past, but making the past present in a relevant, contemporary way.

I’m going to adjourn now — I HAVE to get out and do my Frontier Partisan Biathlon, and sound my barbaric yawp across the rooftops of the world.