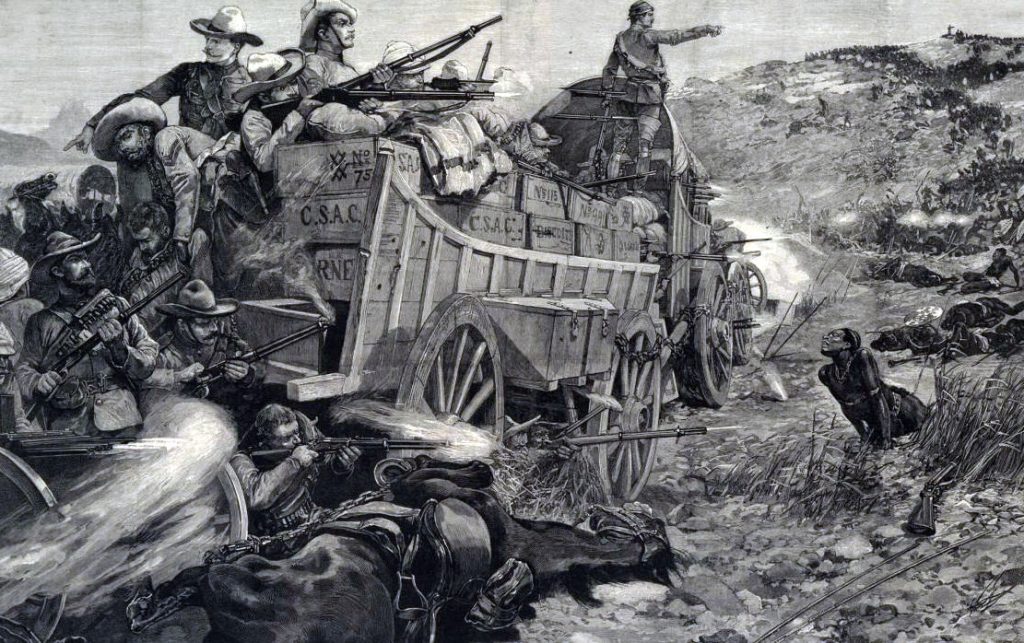 Rhodesia is one of my primary areas of interest in Frontier Partisans history. Tales of hunting, prospecting and pioneering in this rich and beautiful land rival anything from the Ohio River Valley frontier, the days of the Rocky Mountain Fur Trade or from the harsh borderlands of Apacheria.

You can well imagine my delight when I discovered that the estimable Peter Baxter has released his history of Rhodesia as an e-book on Kindle. Baxter is an excellent military historian of African conflicts from the colonial to the modern era, as well as leading treks in the veld. His history podcast is quite excellent and worth your time.

On his Facebook page, Baxter described his Rhodesia history thus:

“It is not by any means a sentimental hagiography, and no one comes out unscathed, but an objective look at a fascinating historic saga of the British imperial period in Africa.”

Baxter’s assessments of events and personalities always strike me as judicious and driven by a genuine interest in capturing a truthful picture of people and events, rather than an effort to put an edge on an ideological battle ax. He considers himself a storyteller, and he is clearly fully conscious of the richness of this frontier tale. From the ancient builders of Zimbabwe to the last stand in the face of international isolation and a Communist onslaught, it’s as ripping a true yarn as you can find in the history of the Frontier Partisans — and a hell of an opportunity for a few bucks.

While many of Baxter’s books are readily available stateside, his Rhodesia history has not been — and it’s been too expensive for my budget.

“It is still available in hard-copy in South Africa and Zimbabwe,” Baxter notes, “but if it generates any interest I will put it out in paperback.”

That is an outcome devoutly to be desired. I encourage all of you who are interested in deeply researched frontier history written by a man who can handle himself in the field and who has a flair for storytelling to buy it and review it. This is work that deserves the widest possible audience.