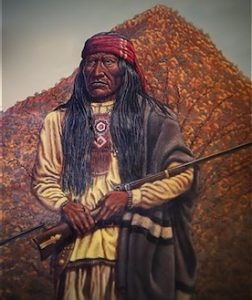 A giant has packed his possibles and trekked out to Frontier Partisan Valhalla.

Edwin R. Sweeney might seem at a glance to be an odd candidate for any Valhalla. He was, after all, an accountant by trade. But the counting of beans was by no means the measure of the man. The man who rode into the final sunset yesterday, September 6, 2018, was the most important scholar to ride the borderlands of Apacheria since Dan L. Thrapp.

Sweeney wrote biographies of Cochise and Mangas Coloradas, a monograph on the unsung Mexican scout Merejildo Grijalva, a dense, rich tome on the final Apache Wars and more. He was an “independent scholar,” meaning that he wasn’t backed by a university, and he did his work on his own hook.

He wasn’t the writer Paul A. Hutton is; Sweeney’s great strength was as a researcher. His accountant’s temperament meant that he tracked down every detail, and he did extensive work in Mexican archives. That Mexican research is profoundly important, because a U.S.-centric view of the bloodsoaked history of Apacheria really misses the point. The Apache-Mexican conflict was absolutely central; it lasted through a couple of centuries (counting the Spanish era) and was much more intense than the comparatively brief spasm of violence in southeast Arizona an southwest New Mexico c. 1861-1886.

Sweeney’s biographies of Cochise and Mangas Coloradas will remain the foundation of scholarship on those two warrior chieftains till the rocks melt. From Cochise to Geronimo tracks just about every move the last Apache militants made as they attempted to elude the forces of two nations in some of the most rugged terrain on earth.

Speaking personally, Edwin R. Sweeney enriched my life tremendously. I tip my hat to him and I hope that the shades of Cochise and Tom Jeffords welcome him to an eternity of Story in some arid mountain land. 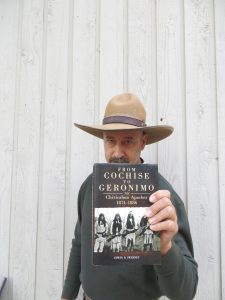 Previous Post: « Crime & Justice In The Great North Woods
Next Post: This Ain’t No Place For No Hero »