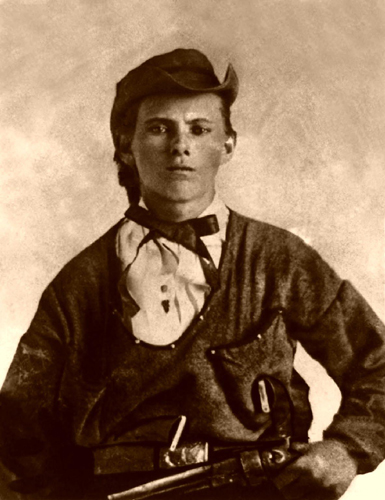 Jesse James was a criminal, a killer — and an undying legend, the subject of Paul Kennerley’s 1980 concept album “The Legend of Jesse James.”

Dug through a pile of old CDs and found a gem: The 1999 twofer CD reissue of “White Mansions” and “The Legend of Jesse James.”

This pair of concept albums was the late-1970s work of an Englishman named Paul Kennerley. Captivated by the voice of Waylon Jennings, Kennerley grew obsessed with images of the American South in the Civil War. He wrote the Civil War song cycle “White Mansions” and leveraged a friendship with Rolling Stones producer Glyn Johns to pull together an incredible cast to bring it to life — Waylon Jennings, Jessi Colter, members of the Ozark Mountain Daredevils. Bearnie Leadon of the Eagles and Eric Clapton contributed guitar work.

Neither album did much commercially, but they’ve become legendary among aficionados of “Outlaw Country” music. Kennerley romanticizes his subject — the mere act of balladry does that — but the history is accurate and doesn’t shy away from the dark reality of war and post-war banditry.

The high point of “Legend” is Emmylou’s wistful lament, “I Wish We Were Back in Missouri.” Levon Helm’s defiant “High Walls” is another (the song also acknowledges Jesse James’ morphine addiction). For my money, the best cut didn’t make the album (space constraints in those days). “A Train Robbery” is included as a bonus cut in the CD, performed by Kennerley. Levon Helm gave it masterpiece treatment on “Dirt Farmer.”

I never saw Jesse James as any kind of hero. He was very much a product of the savage guerrilla war in Missouri, a hardened criminal. The ham-fisted inept thuggery of the Pinkerton National Detective Agency in their war with the James Gang managed to make the bank robbers look like the good guys.

It’s really a pretty sordid story, when you get down to it; but it’s a profoundly American one, a legend that has stood the test of time.

There’s a grandeur to “White Mansions” that “Legend” can’t quite match, but both are wonderful slices of Americana and worth the purchase.