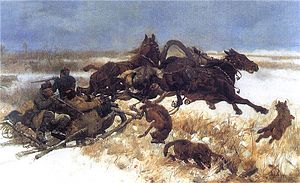 War in the Wild East always brings out the wolves. Not speaking metaphorically here: I’m talking about real wolves.

From The New York Times:

USPENIVKA, Ukraine — Aleksandr Podlesnyi saw the lunge before he recognized the shape as a wolf.

His first thought was, Where did you come from?

As the wolf clamped onto his left arm, his second thought was, I will kill him or he will kill me.

Mr. Podlesnyi, 41, had emerged from his outhouse early on Dec. 9, intending to feed his chickens and ducks. Instead, he found himself becoming an extreme example of the unintended consequences of a war that has simmered for four years in eastern Ukraine between Ukrainian forces and Russian-backed separatists.

Hunting is prohibited in areas extending as far as 40 miles from the front line to minimize confusion about who is shooting at what target. As a result, prey like pheasants and hares are proliferating. And predators like foxes and wolves are appearing in greater numbers and coming into closer contact with humans, pets and barnyard animals in rural areas.

A neighbor said he had rushed to Mr. Podlesnyi’s aid and used a tire iron to help pry open the wolf’s jaws. Then a soldier from a garrison across the street rushed over and shot the animal twice in the head, killing it. The wolf, which attacked other animals in the neighborhood that morning, was most likely rabid, but no autopsy was performed, according to the chief veterinary official in the area.

Mr. Podlesnyi said he spent two weeks in the hospital, then had an additional two weeks of receiving injections to prevent infection. He carries scars on his left arm and right wrist, and a photograph of the deceased wolf on his cellphone.

“War turns brother against brother and affects everyone and everything,” he said, standing outside his house at dusk in mid-June. 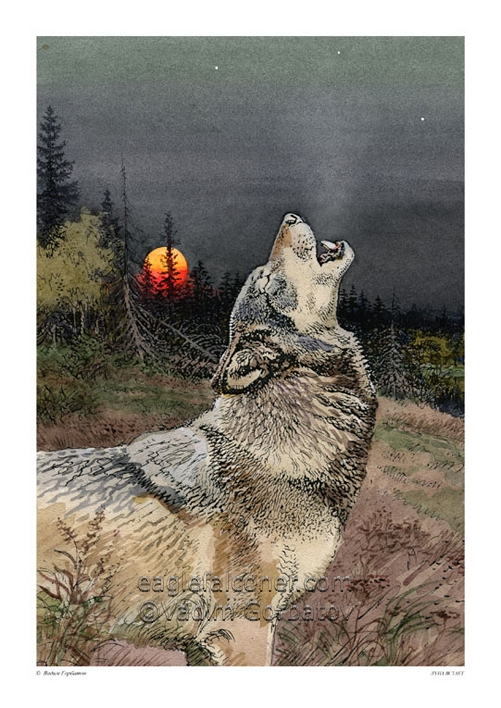 This is far from the first time that war has brought out the wolves — the wolves in men and the true lupines. Legend has it that German and Russian troops declared a ceasefire to cope with an outbreak of wolf attacks on their bivouacs on the Eastern Front in World War I. The brutal slaughterhouse of the Second World War in Russia provided a feeding ground for wolf packs that grew large and bold. And when the hunters of the Kirov Oblast in central Russia were called up for service, the wolves of the wild district became bold indeed, killing some 22 children from 1944 to 1952.

In 2011, a remote town near the Arctic Circle was plagued by a “superpack” of some 400 wolves that killed 30 horses in four days. There were no human attacks associate with that aberrant episode.

Reading about the Wolves of the Wild East brought back some fond childhood memories. My mom played this over and over and over for me when I was a wee lad, and it was a joy to revisit…

Paul McNamee scouted out what appears to be upcoming contemporary Alaskan frontier noir — Hold The Dar, coming from Netflix in September:

Hold the Dark takes place in northern Alaska and stars Jeffrey Wright as a retired naturalist and wolf expert who teams up with a young mother (Riley Keough) to search the wilderness for the pack of wolves that killed her young son. Meanwhile, the woman’s husband (Alexander Skarsgard) returns home from Iraq to the news that his son is dead, igniting a series of violent events. 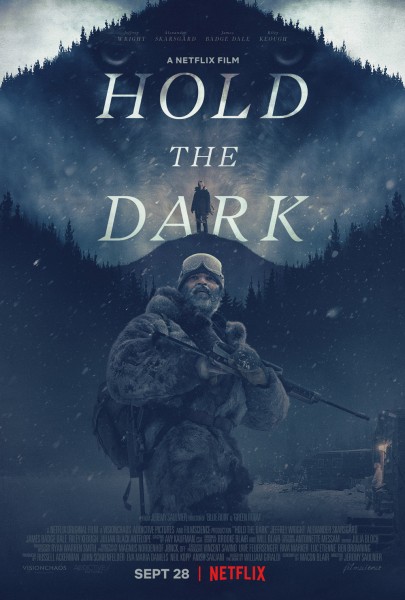