I picked up a copy of Wild West Magazine from the newsstand at Ray’s Food Place in Sisters the other day because it had a teaser on the cover about “The Man Who Scalped Apaches.” As expected, it was about famed Mountain-Man-Turned-Scalp-Hunter, James Kirker. 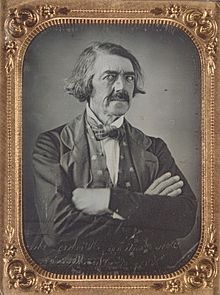 James Kirker was as mean as he looked.

I didn’t catch the byline, but as I perused the article I thought, “Damn! This has some heft to it.” It was worthy enough to buy the mag. Then I checked the byline: Paul A. Hutton. Figures.

Hutton is a leading historian of the American Frontier, and his The Apache Wars: The Hunt for Geronimo, the Apache Kid, and the Captive Boy Who Started the Longest War in American History is just magnificent. The go-to single volume on that fascinating history.

Hutton’s article covers in six richly-illustrated pages most all you need to know about Kirker’s sanguinary career (though, of course, it’s always rewarding to delve deeper). I covered some of the same ground in my two-parter on the ultra-badass Shawnee Spybuck, who was the military tactician for Kirker’s scalp hunting expeditions, while the Scotch-Irish frontiersman handled the business end of the enterprise. (See Shawnee Spybuck — Borderland Badass, parts one and two here and here). 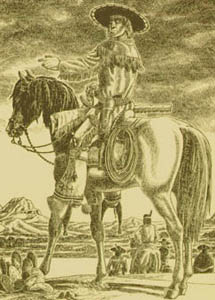 Kirker was a mountain man who ran guns to the Apache, then hunted them for their scalps on a bounty contract with the government of the Mexican state of Chihuahua. He also served as a scout for U.S. forces in the Mexican War. He was on nobody’s side but his own, a hardbitten avatar of the dark side of the frontier ethos of the mid-19th century.

Scalphunting was an enterprise — and treated by its practitioners as an extension of the fur trade. Reading Hutton’s article, I was struck again by how readily and casually some Mountain Men switched from hunting the pelt of the beaver to hunting the pelt of their fellow humans. Of course, they scarcely considered the Apaches to be fellow humans; there wasn’t much difference to them. As Hutton notes:

“…the beaver trade had played out, and men were looking for adventure and silver in their pockets. Kirker promised both.”

It’s a grim history to contemplate, but we should not look away. If you’ve got the stomach for it, two extraordinary novels stalk this dark and bloody ground: Cormac McCarthy’s Blood Meridian and James Carlos Blake’s In the Rogue Blood. The best biography of Kirker is Borderlander: The Life of James Kirker, 1793–1852, by Ralph Adam Smith.