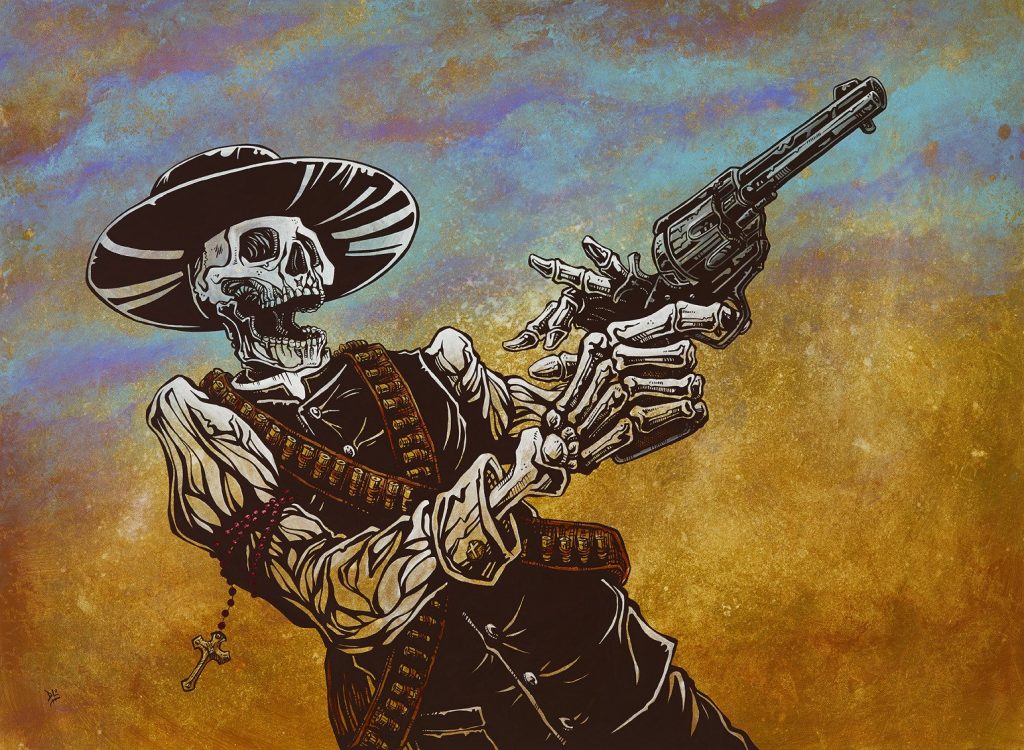 I have this thing about Mexican skeletons.

I am not alone in this, fortunately. Marilyn has a sugar skull pop socket on her cell phone and a sugar skull sticker on her Hydroflask. There is a Day of the Dead banner on the wall looking out on our barbecue deck. It is not lost on me that it is a fine thing indeed that we are simpatico in this calavera obsession.

Last weekend, Los Lobos played a brand new blues festival in our little town. Marilyn wouldn’t let me leave the park until she’d fitted me out with the Louie Perez-designed concert T. That’s my gal. 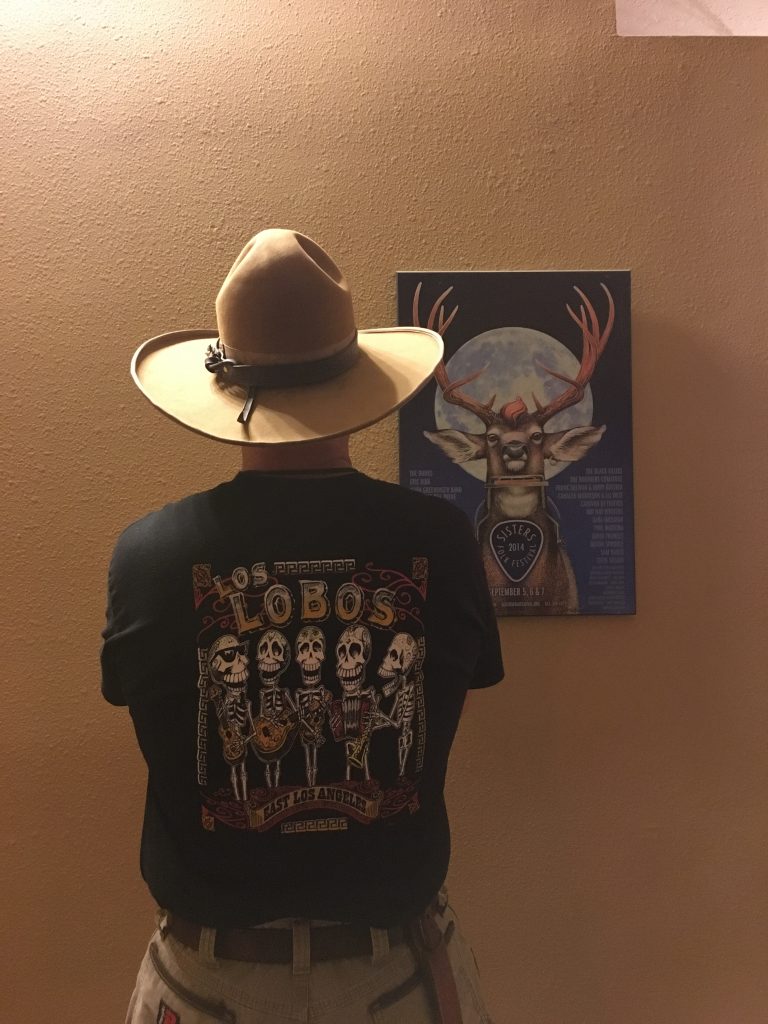 Those providing oversight of the L.A. County Sheriff’s Department, apparently.

From the L.A. Times:

The lawman said he was taken to a local tattoo parlor as a reward for his integrity.

Other officers watched as his left ankle was etched with a symbol of a skull wearing a cowboy hat. The group drank and celebrated the inking of a fresh recruit.

He was now part of the club.

Los Angeles County Sheriff’s Deputy Oleg Polissky said he acquired the skull tattoo a few years ago as part of an exclusive crew of deputies at the Palmdale station, according to a copy of his July 19 deposition obtained by The Times.

His statement is the latest account of the existence of secret societies of deputies, whose memberships may have increased in recent years.

The revelations have ignited concerns among watchdog groups and county officials that a toxic subculture has once again taken hold in the Los Angeles County Sheriff’s Department — or was never rooted out.

Skull in a cowboy hat, eh? You mean like this? 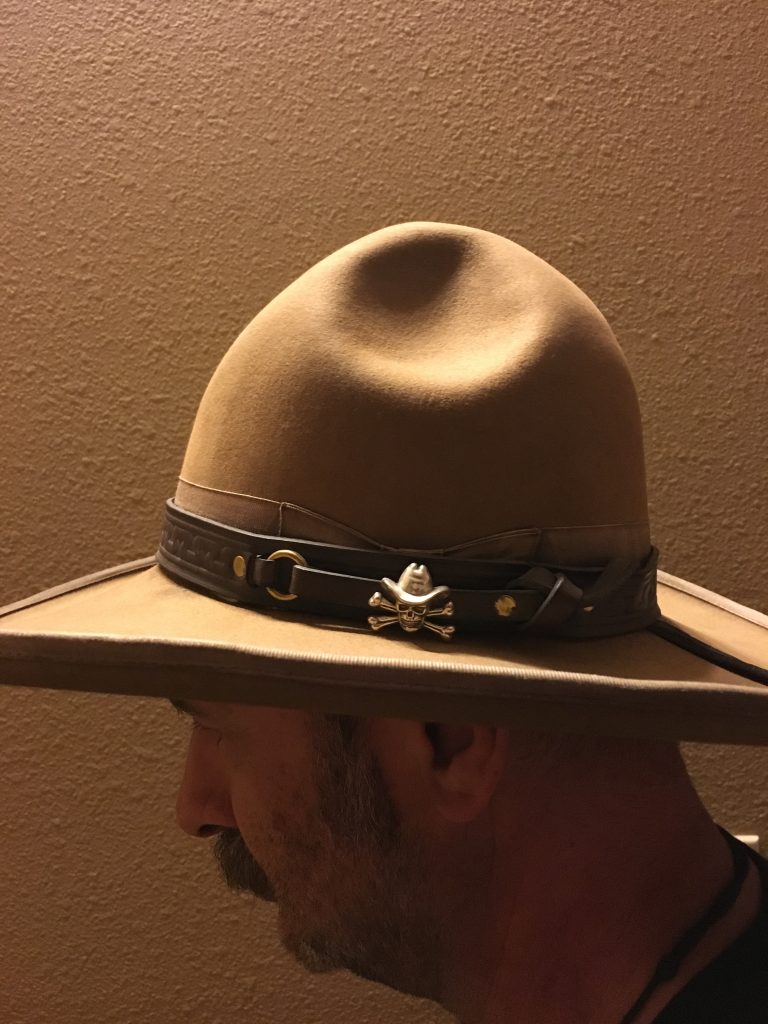 The notorious LAPD Rampart Division Crash Unit also signified with a skull-in-a-cowboy-hat tat, so maybe folks in SoCal are a little sensitive to that sort of thing. But then, folks in Cali are sensitive to all kinds of weird shit. This is, after all, a place where a city council thinks jail time for a plastic straw is logical.

I dunno. I realize that there has been some serious trouble in the L.A. County Sheriff’s Department, especially in the jail. And the LAPD has had its share of scandals. Thing is, both of those august police agencies have ALWAYS been problematic, even when their officers and deputies looked as squeaky clean as Jim Reed and Pete Malloy in Adam 12. 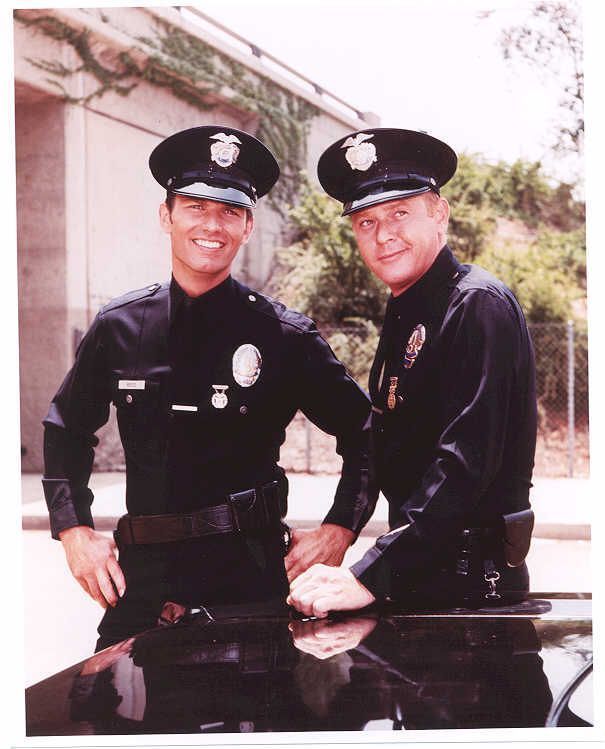 No tats on THOSE boys.

I mean, you can look like Dudley Doright (or Dudley Smith, for that matter) and be bad to the bone.

I’m with the union rep who is keeping his troops out of an inquiry and resisting what he considers an intrusion into their private lives.

Det. Ron Hernandez, president of the Assn. for Los Angeles Deputy Sheriffs, said that he has a tattoo associated with the now-shuttered Firestone station and that it signified a fellowship of hard workers, not a rogue clique.

“I think the department should focus more on the value of a deputy’s work product,” he said. Hernandez declined to talk about his tattoo’s design or any name associated with it.

I stand with Det. Hernandez and raise a Bony Finger in salute to his opponents.

Many of my favorite bands tap the calavera — starting, of course, with the Grateful Dead. 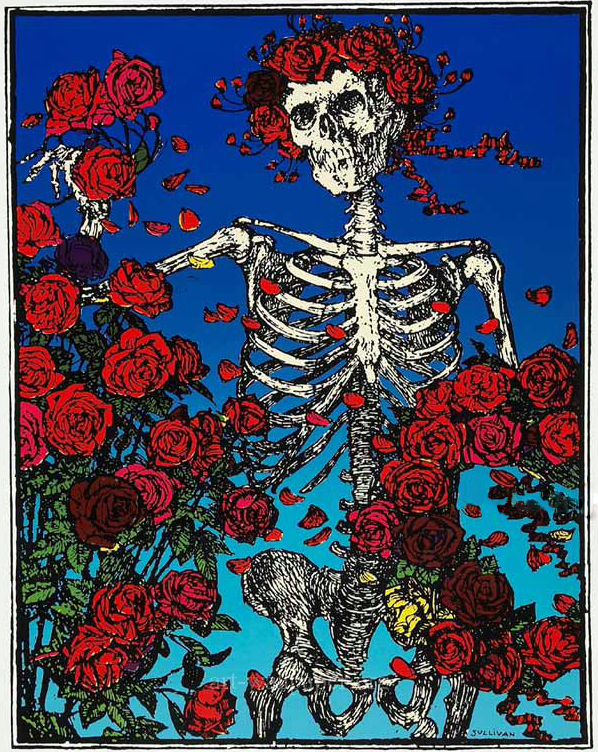 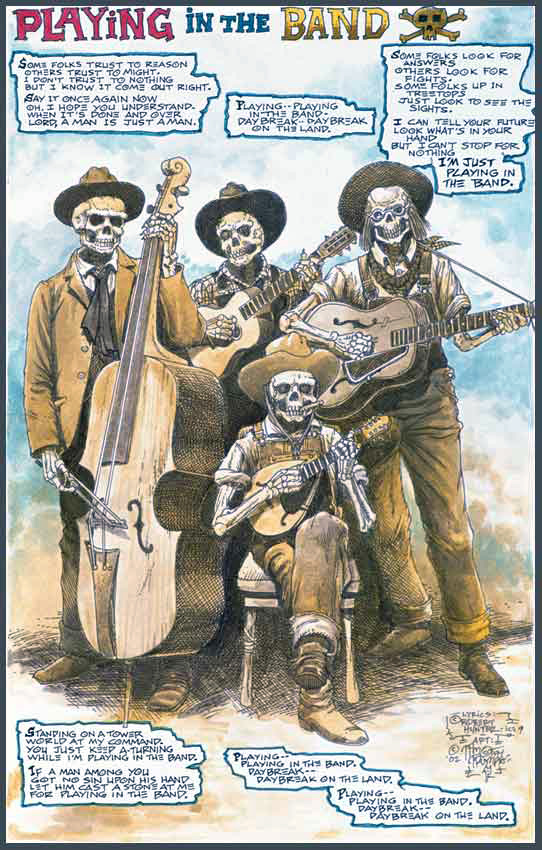 Tim Truman is a skeleton guy, too. He has done some Grateful Dead work himself… 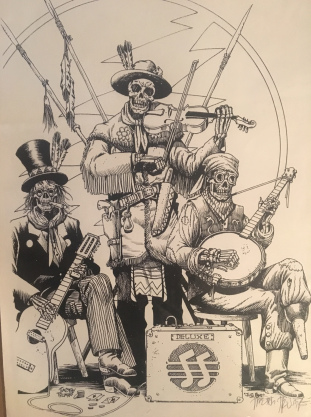 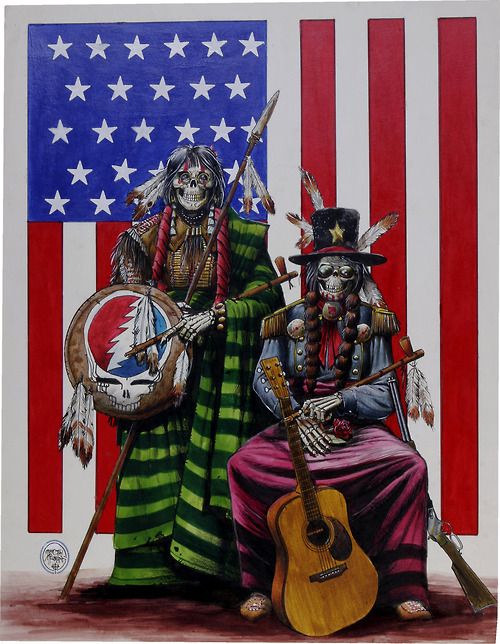 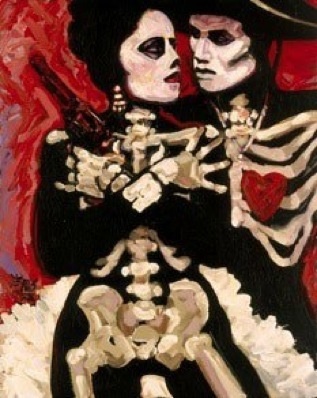 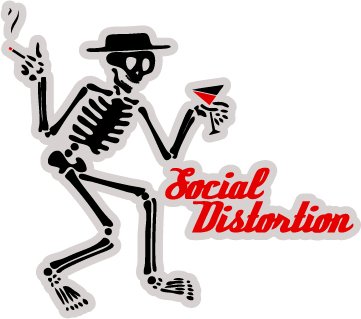 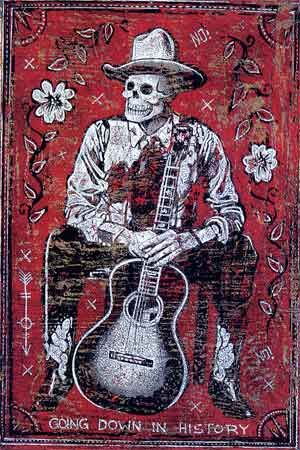 I have two t-shirts by musician and designer John Langford. 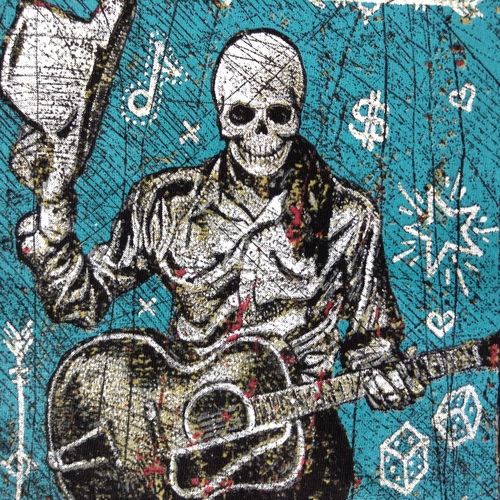