• Two of the great chroniclers of the Frontier Partisans are teaming up again for a volume that will surely find a place on some of our shelves: On The Rangers Of The French And Indian War 1754-1764 From Canada to Georgia; By Gary Zaboly and Timothy J. Todish; Illustrated by Gary Zaboly.

Here’s a description from an interesting prosectus put forth by the authors:

The earlier collaboration of Timothy J. Todish and Gary Zaboly, The Annotated And Illustrated Journals Of Major Robert Rogers, published in 2002, remains in print. This new book will go much farther afield and cover not only Rogers’ companies, but the British-allied rangers of every colony, as well as those of Canada’s Maritime provinces. The concurrent conflicts with the Cherokees and the Indians of the Pontiac rising will also be included.  Many long-neglected ranger battalions and companies, such as the mounted troops of South Carolina and Georgia, and rangers elsewhere in the South, Middle Colonies, and the North, will receive equal attention, much of the narrative drawn from fresh research and heretofore unpublished documents.

Many of these units will be illustrated for the first time. Other parts of the book will deal with the provincial and regular troops who served in the wilderness on ranger-like duty, and the Native Americans who also scouted and fought alongside their white counterparts.

There will also be an Appendix on ranger woodcraft, survival and fighting techniques, methods of building shelters in the forest, food eaten on the trail, weapons, clothing, concealment, and many other related subjects.

• I stumbled upon a stunning series of photographs of Mohawk Ironworkers — the men who worked the steel on Manhattan’s skyscrapers. It’s a kind of tribal trade, and it demands the same virtues as the Mohawks’ ancient warrior craft. The photographer is David Grant Noble and his website is here. 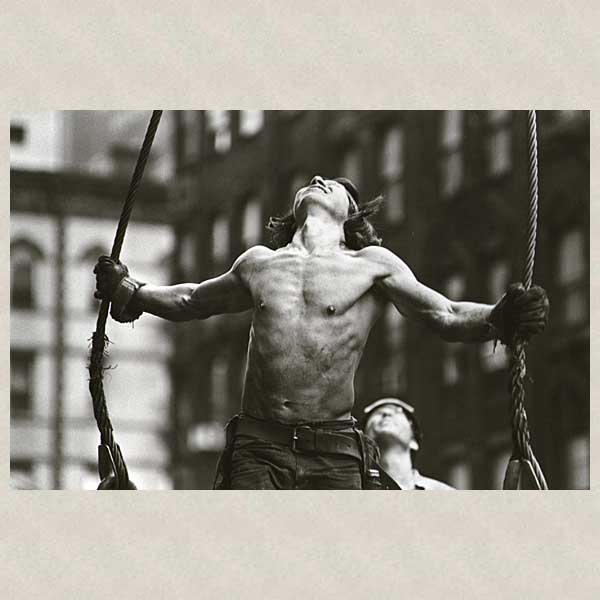 There’s a documentary series on the Mohawk Ironworkers, which is only right. I’ll have to run it down.

• Cowboys & Indians Magazine has a nice interview with Gil Birmingham, the First Nations actor who was such a compelling presence in Hell or High Water and Wind River. The man’s a real deal artist, a musician and (formerly) a bodybuilder as well as an actor.

This has nothing to do with me. This has to do with your ability to be a vehicle, so you can convey, in the most respectful and fruitful way, universal experiences. Sometimes experiences that you can’t even really fathom. But things that you know human beings really experience.

I also get a kick out of the fact that he played Conan the Barbarian at the Universal Studios theme park in L.A. There’s obviously something to this Indian Conan thing…

• Ryan Condal, who is heading up the development of Amazon’s Conan the Barbarian series, likens Conan to “an Apache warrior, leaving his tribal lands.” Huh. OK. Conan is actually a pro-Celt, but we’ve seen that there is a certain affinity between the Celts and the native peoples of the Americas, right? So he’s not off the mark.

Condal reveals that the pilot episode will be The Frost Giant’s Daughter. He’s promising that Conan “purists” will be pleased. Well, if he makes a faithful adaptation without trying to “improve” the original, fix things that ain’t broken or provide an “origin story,” I will be pleased.  I am (very) cautiously optimistic. The Howard Conan tales lend themselves well to TV — much moreso than the big screen. The original stories are episodic.

Our own John Maddox Roberts wrote one of the very best Conan pastiches. Methinks Condal ought to bring the old warrior back to the Hyborian Age and turn him lose on the scripts. What say ye, JMR?

I will be interested to see if Condal has the stones to resist altering these 1930s tales to pander to modern sensibilities. The Frost Giant’s Daughter will be a good test, because it is — predictably, if unnecessarily — controversial, involving as it does Conan’s mad, lustful pursuit of a beautiful spectral woman across the frozen Northland. The modern virtue-signaling criticism of the story rolls out exactly as you’d expect: It’s “rape-y.” Well, no, as the estimable Howard Andrew Jones and Bill Ward lay out cogently here. Read the story if you haven’t. (What? You haven’t?) You’ll get it. Let’s hope Condal does. 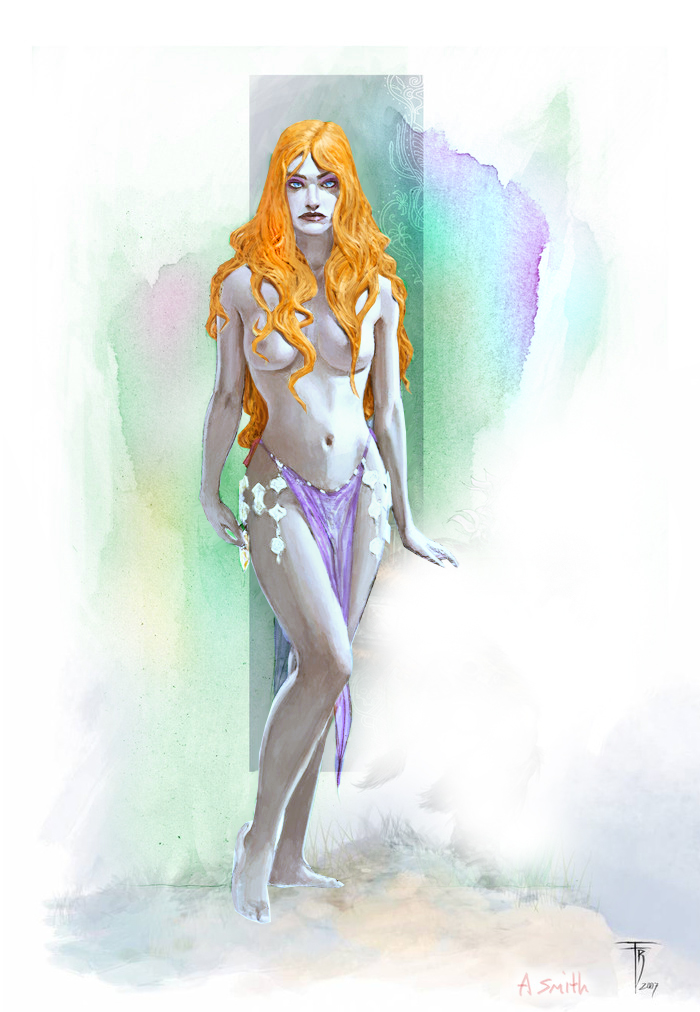 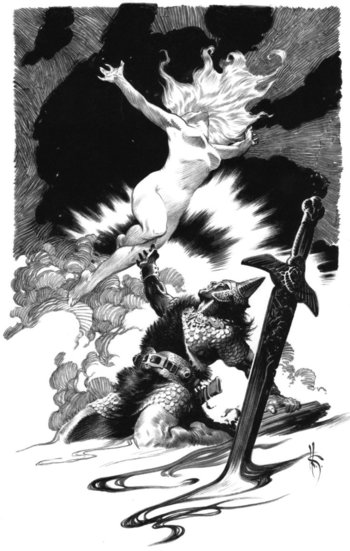 • Speaking of Conan and Apaches, Tim Truman (who did a fine run on Conan for Dark Horse comics) and his son Ben have crushed their Kickstarter, which means that Scout:Maurader lives! Well done. I kicked at the $35 level and look forward to my rewards — and most of all, the story.

• And speaking of the frozen Northland, put this one in your ahhhhhhh…. file: 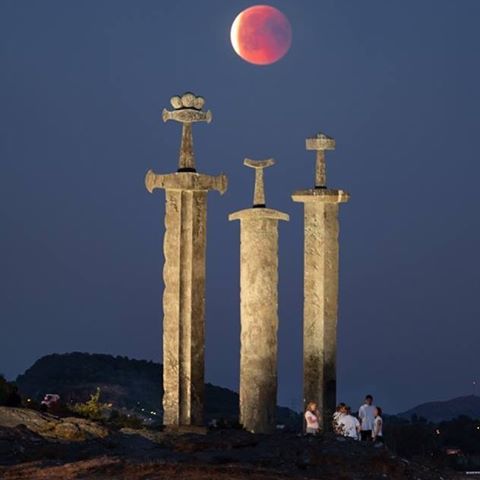 • I have never been to any kind of “Con” (as in convention). I envision such doings as rendezvous for various subcultures. (Come to think of it, that’s not exactly true — I attended Folk Alliance in Austin years ago with the Sisters Folk Festival. That probably counts). Anyway…

CombatCon looks like a hell of a hoot. I love it that martial artists and writers and history nerds have, over the past couple of decades, revived the European Martial Arts, returning the heritage of the sword to its proper dignity. A  seminar on the tomahawk with Carmine Downey and Steve Huff sounds like fun…

The ancient art of the Tomahawk and knife has survived for thousands of years since the stone ax. Carmine Downey was trained in this art directly by Cherokee Indian Tribal members while serving in Special Forces and Steve Huff from the renowned Col. Dwight McLemore. They will bring you through the history, traditions and techniques which were (employed by) the premier warriors on the Eastern frontier.

There’s also a session on Viking Combatives titled The Joy of Seax, because who is gonna pass up that pun?

It looks like a lot of hands-on activity, and there’s a whole Writers Track for those trying to write realistically about combat. Cool, eh?

I don’t do too well with being confined to a hotel for long periods of time, and I don’t like Las Vegas, but damned if this doesn’t have a certain attraction…