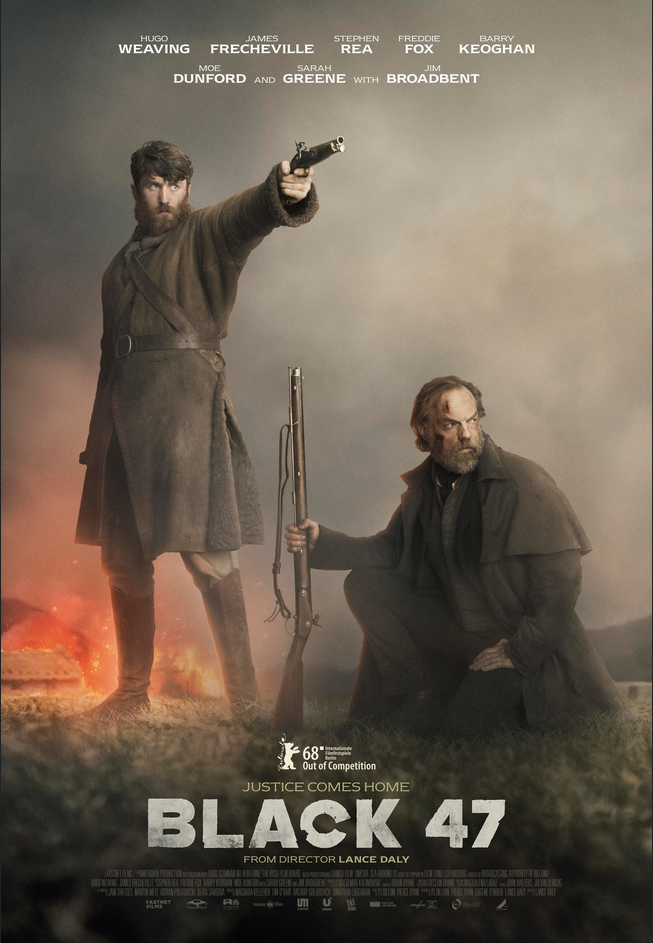 The Irish Times calls the movie Black 47 a “near-Western” and compares it to The Outlaw Josey Wales.

The comparisons have legit historical basis. Ireland was Great Britain’s nearest imperial frontier, and frontier conditions and attitudes persisted deep into the 20th Century. “Black 47” refers to the darkest year of the Great Hunger, the Irish Potato Famine, which took a million Irish lives and peaked out an already great Irish Diaspora, which did much to shape North America, Australia and South Africa.

It is, in every respect, a frontier tale — one long overdue for the telling. Vanity Fair has a fine review of the film here, and I shall quote it at length.

The simple, linear narrative begins as Feeney (a charismatic James Frecheville) returns to his West of Ireland home having deserted from the British military, to discover that his family home has been “tumbled” (rendered uninhabitable), his mother is dead, and his brother’s been hanged for stabbing a bailiff. When that tragedy repeats itself right in front of Feeney’s haunted eyes, he abandons his plans to sail to America and instead embarks on a journey of revenge against the officials, landowners, and collaborators responsible. He even finds time to swipe at the hypocrisy of the traveling missionary Protestants who will feed Catholics thin soup in return for their conversion — not just to their faith but to Britishness in general. “What is your name?” asks the preacher. “Séamus Ó Súilleabháin,” a man replies. “James Sullivan,” translates the preacher’s assistant crisply.

There’s a macabre, ironic poetry to how each villain meets his end that gives Feeney, whose impassive features behind his wiry beard resemble the etchings on a tombstone grown over with lichen, a much-needed twist of dark wit. It’s never particularly grisly, with Daly often opting to depict the aftermath of brutality rather than the act itself, but there are decapitations, strangulations and a drowning-in-grain en route to the Boss Level that is Lord Kilmichael, played with brilliant hatefulness by Jim Broadbent, who looks like a Hogarth portrait, if Hogarth had ever painted the Penguin. 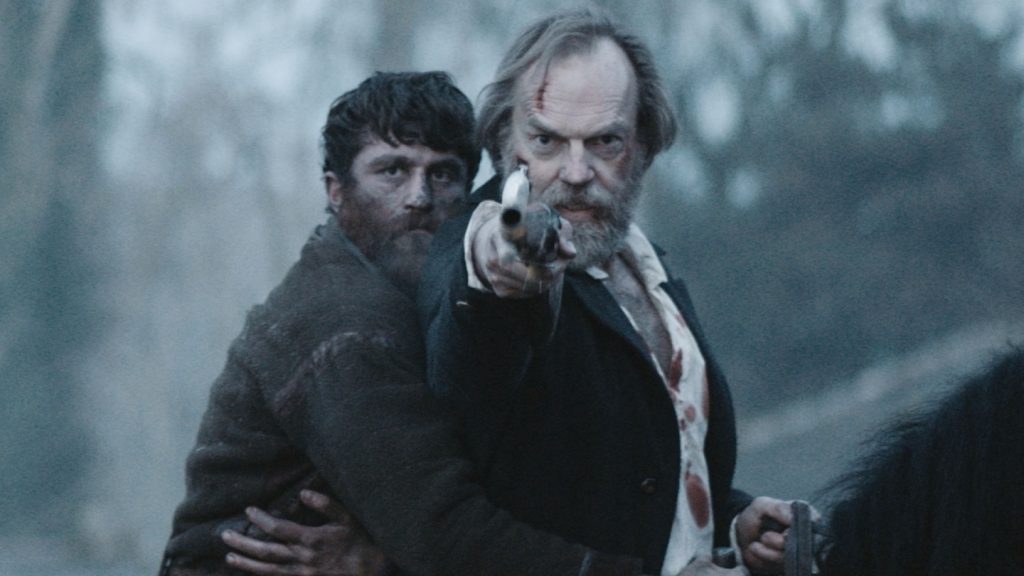 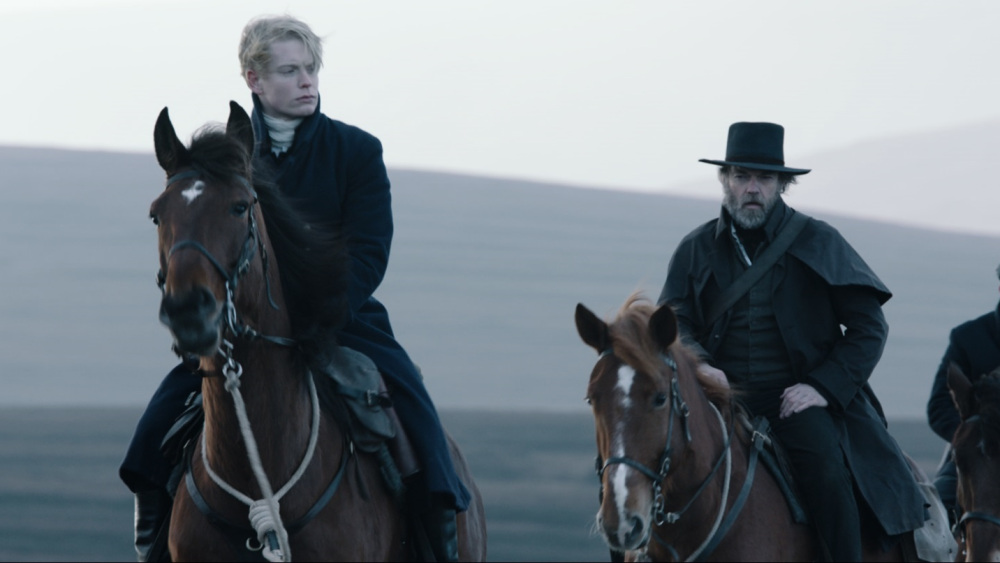 Feeney is pursued by a motley posse of four led by Captain Pope (Freddie Fox), an eminently punchable young zealot in his ridiculous regimental red and gold, as blonde and peach-cheeked as a serving of cobbler with custard. The callow Private Hobson (Barry Keoghan, again bringing his weird, wired energy to a small role and transforming it) serves as his orderly and Stephen Rea’s ambivalent, pragmatic Conneely sells the party his services as translator and guide.

But it’s Hugo Weaving’s embittered, exhausted Hannah who is the reluctant lynchpin: after serving alongside Feeney as a Ranger in Afghanistan, his undistinguished subsequent career as a policeman has seen him sentenced to death for killing a suspect in custody — a fate he can only avoid if he brings Feeney in. Weaving is superb, delivering his lines in a rumble that he dredges up from deep inside and when he and Frecheville’s Feeney finally do come face to face, or rather whiskers to beard, the hard-bitten exchanges are almost as eloquent as the silences, which are stretched so taut they twang.

…Daly’s characterful, slow-burn tale is a well-crafted experiment in grafting genre onto disregarded history. And it’s needed, because mass starvation has never really been the stuff of epic cinema, especially when there were no “Braveheart”-style battles for freedom here, just a million souls slowly wasting, wastefully away.

Repeating, with a chortle, a refrain that would subsequently make it into Joyce’s “Ulysses,” Lord Kilmichael looks forward to the day when “a Celtic Irishman in Ireland will be as rare a sight as a Red Indian in Manhattan.” That genocidal vision never came to pass, and in its modest way, the understated, spartan “Black 47” makes it feel even more gratifyingly remote, by quickening the Celtic blood you perhaps didn’t even know was flowing through your veins.

My own Celtic blood requires little to make it quicken and sing in the veins, and the trailer already got it done. 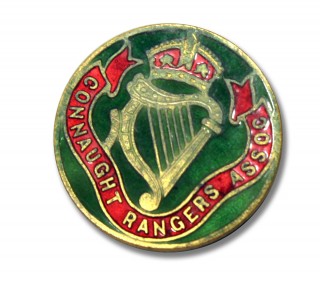