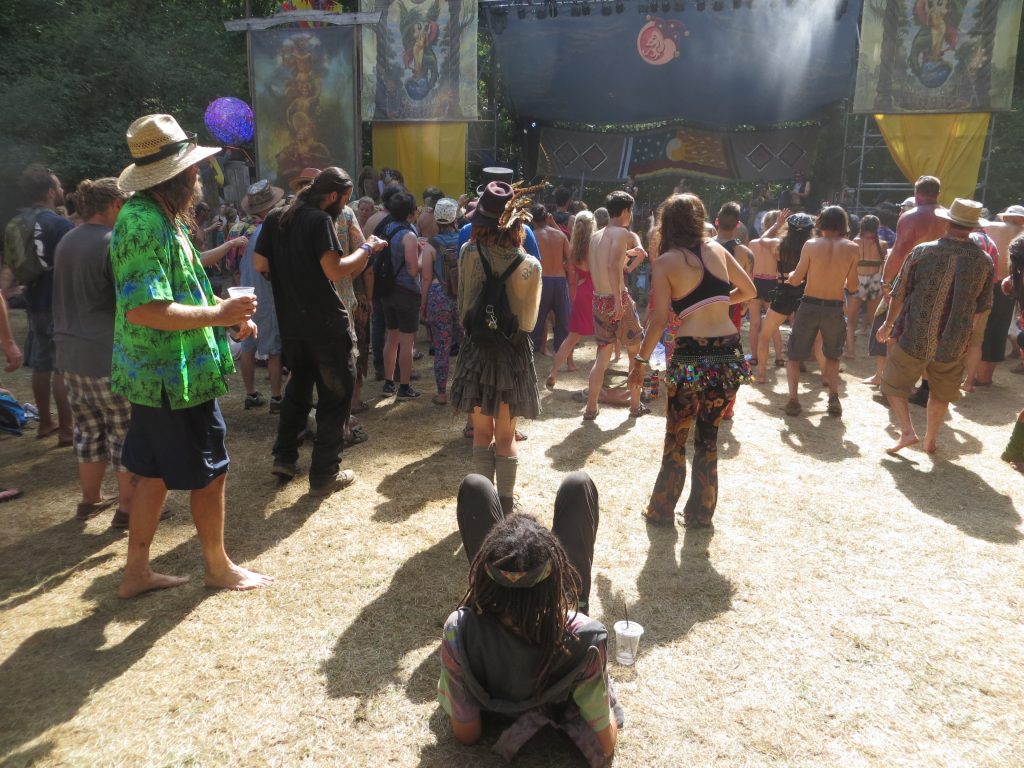 I’ve lived in Oregon for a quarter-century without having experienced the Oregon Country Fair. Last Sunday, Ceili and I fixed that.

Ceili’s friend Odin and his family have been vendors at the Fair for decades, selling tie-dyed clothing and Odin’s hand-crafted horns (with which most any self-respecting fairgoer must be festooned) so we hit the road early Sunday morning and trekked west, over the Cascades through Eugene and still “FURTHUR” west to the verdant fields of Veneta, where the Oregon Country Fair makes its home on six acres under a canopy of towering oaks along the Long Tom River.

It’s full immersion in an alternate reality, a giant countercultural extravaganza of arts and crafts, music, food and tens of thousands of people letting their freak flag fly. Think Burning Man only a lot greener. ’Twas a bit of a flashback to the days of Santa Cruz and Berkeley and Grateful Dead shows. Now as then, I walked along the Black Muddy River and sang me a song of my own… 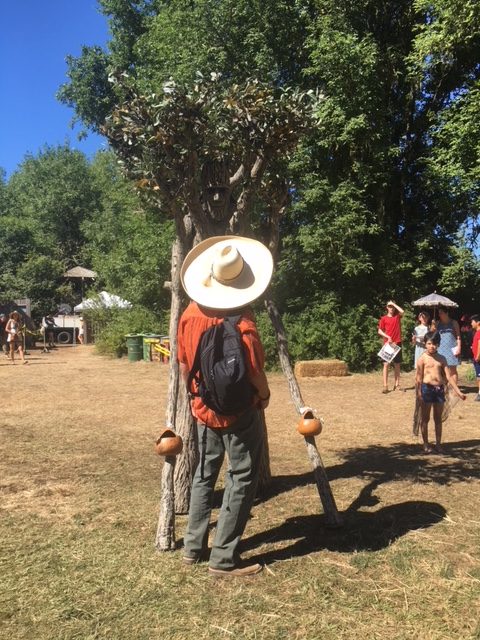 A conversation with an Ent. We discussed our respective canopies.

It would be easy to make the whole thing about wild costumes and bare breasts — which are abundant at the Oregon Country Fair. Yes, it’s louche, in the way that Burning Man or a weekend in Key West are louche. I guess folks’ mileage varies on that. I could have done without the un-unseeable image of the flabby dude in the straw hat wearing nothing but a cock sock, but… diversity, right? 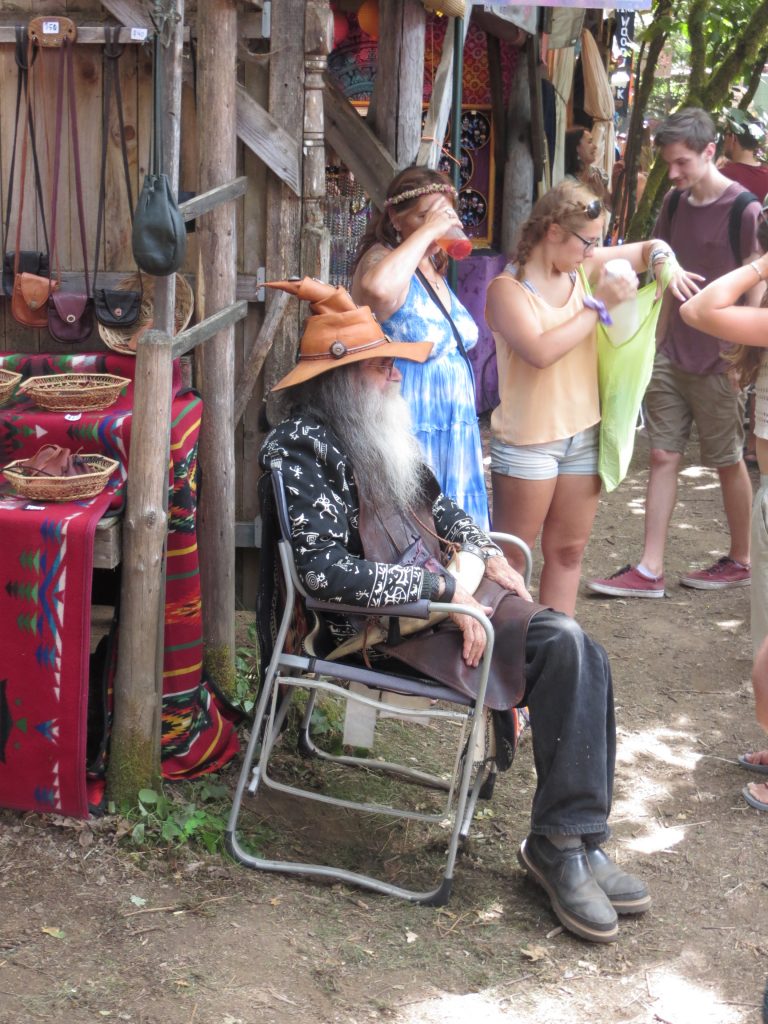 From a Frontier Partisans standpoint, the most gratifying part of the whole deal was the the Upper River Loop, where the Fair paid a little homage to the native archeological sites that have been turned up along the river — which is flashy and floody and inundates the whole fairgrounds each winter. It was just great to see dozens of kids utterly fascinated by primitive living skills demos, including, of course, the art of firemaking with a hand-drill. There were some knife-makers on hand who do really nice work that was well out of my trade reach this weekend. I got away with my possibles intact, spending only on a burrito and a cup of coffee. 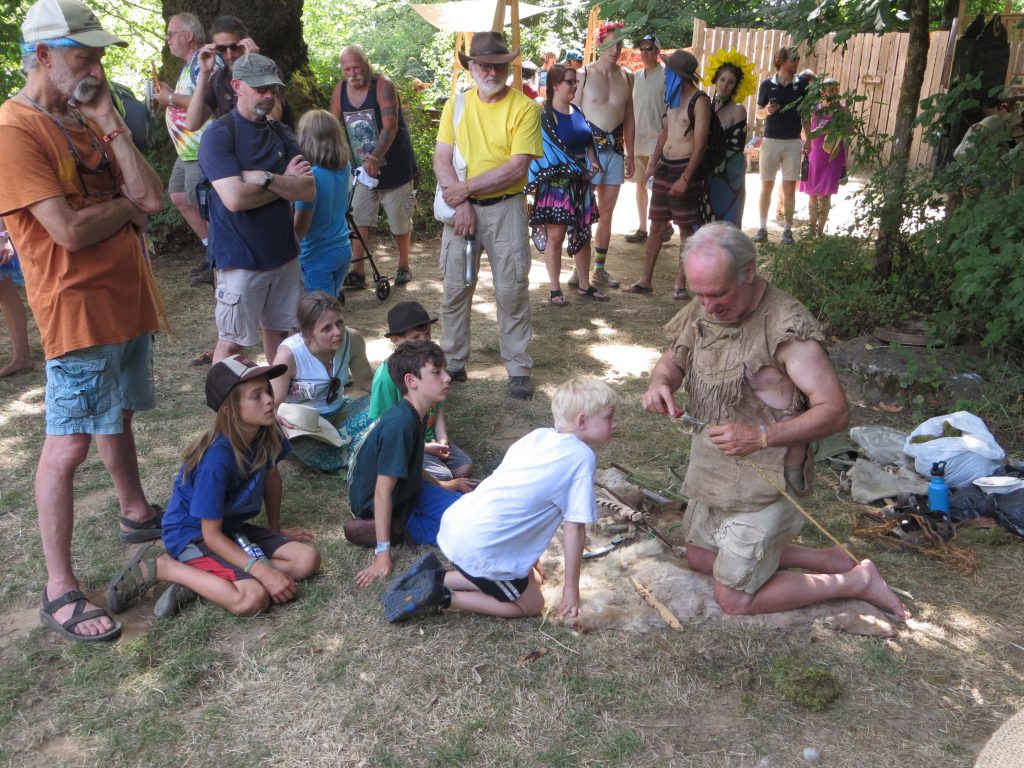 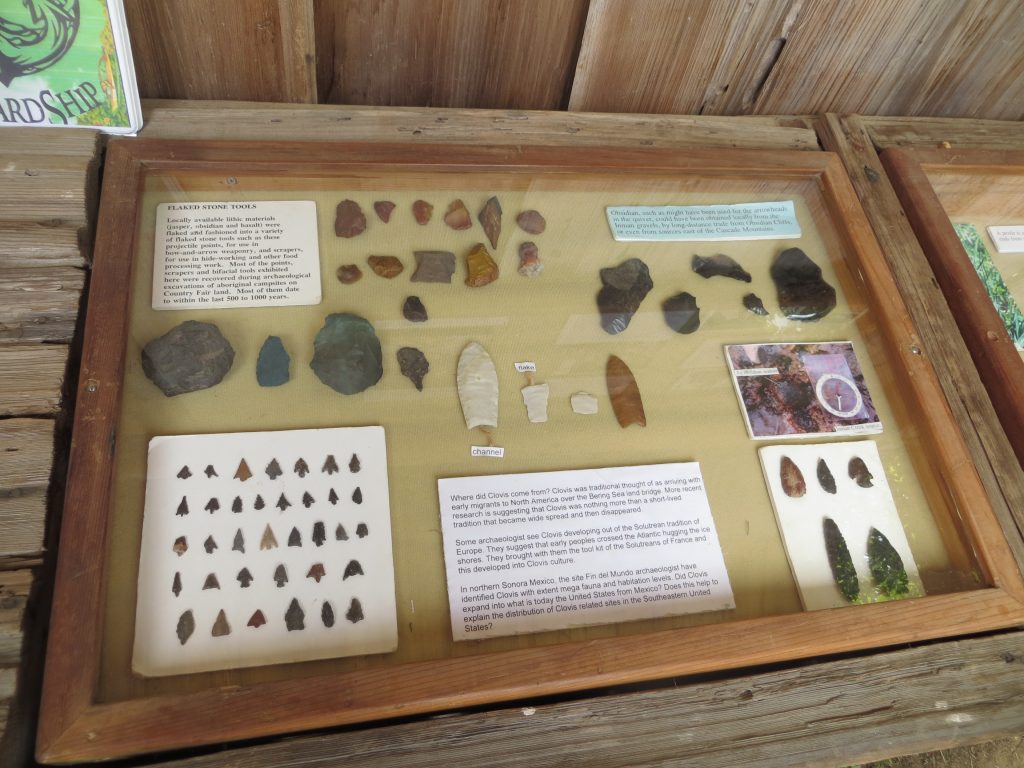 Ceili did get her dad a very nice leather cuff in a Celtic motif.

You could surely go broke at the Fair. The vendors are all juried in, and their wares must be hand-crafted and self-made. The work is impressive. I was especially taken with a series of hand-woven Dia del Muerto tapestries, but at $3,000 apiece, well…

Musical instruments, clothing, hats, jewelry — the finest elements of hippy craft entrepreneurship were on display. Also, music. Have to say I found the pathside buskers more compelling than the stage performers, which tended toward electronica — dance music — which I found jarring. Which means I’m old, I guess. There were also some impressive impromptu displays of acrobatics. 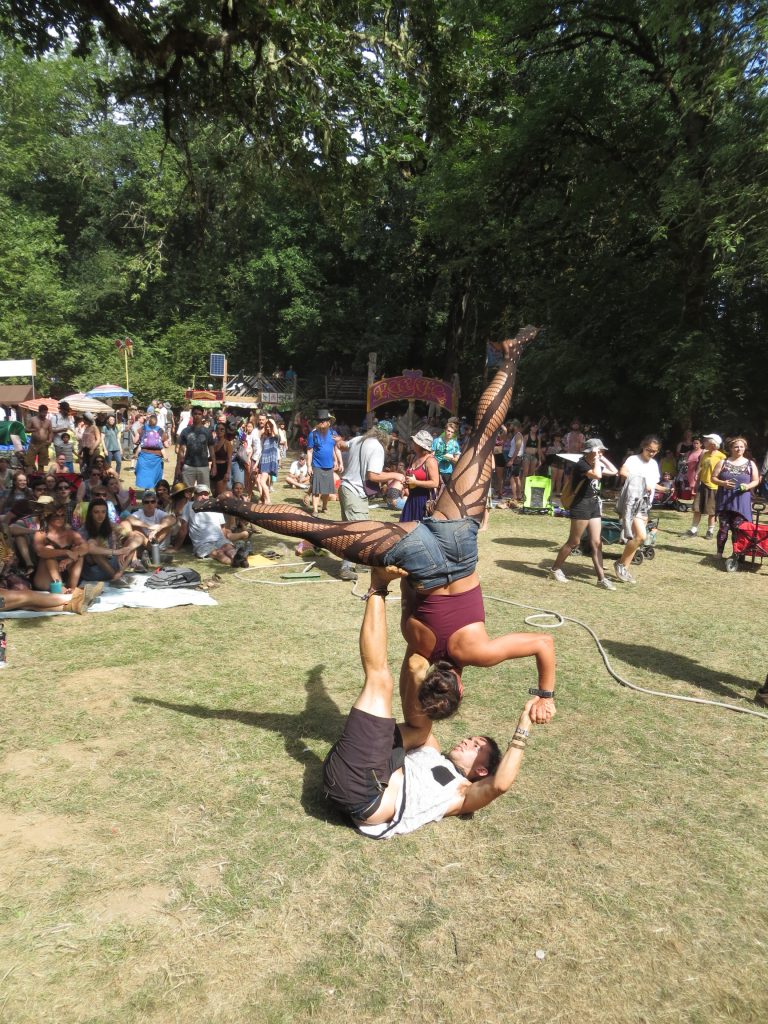 When I wearied of the crowds and the scene, I stole a book from the free library — Cormac McCarthy’s The Crossing — and whiled away a couple of contented hours in the shade of the oaks while Ceili and Odin chased down the MarchFourth Marching Band.

I am fascinated by such sub-cultural and countercultural goings on. Seems that most folks at the Fair were simply taking a break from the mundane in an almost fantastical setting. Others have built their lives around finding a kind of permanent Country Fair way of being. As for me, it was a just joy exploring with Ceili, who is becoming adept at finding and walking her own path and singing a song of her own… 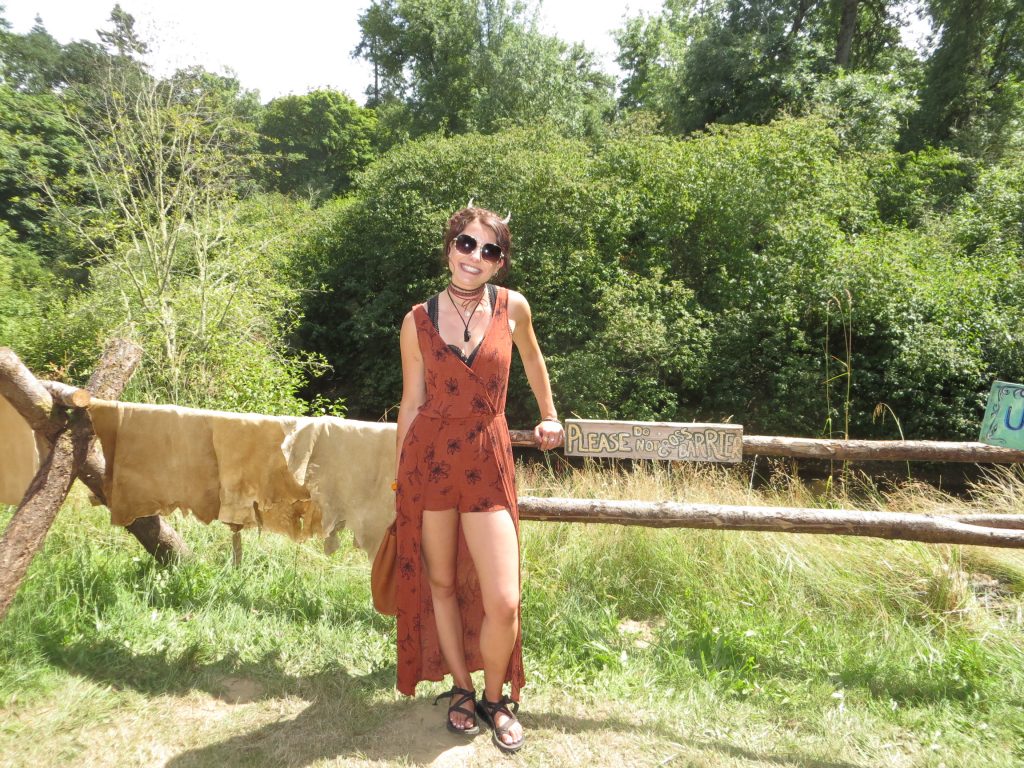 Ceili at the OCF.

Next year marks 50 years of the Oregon Country Fair. Looks like it might just roll on forever.