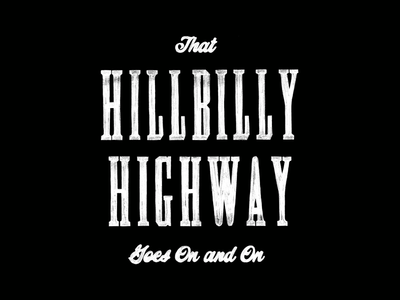 Ace scout Deuce Richardson sent up a smoke signal Saturday morning, alerting me to a new writer stalking the forest trails and desert traces of the Frontier Partisans wildlands. He is a kinsman, I know, though I have yet to learn his name.

Hillbilly Highways focuses on the cultural folkway of the people who immigrated to the Appalachian backcountry from the border regions of England and Scotland and Ulster Ireland and from there (on hillbilly highways) to Oklahoma and inner California, Detroit and Houston.  My people.  Steve Earle epitomized that diaspora in his song Hillbilly Highway. 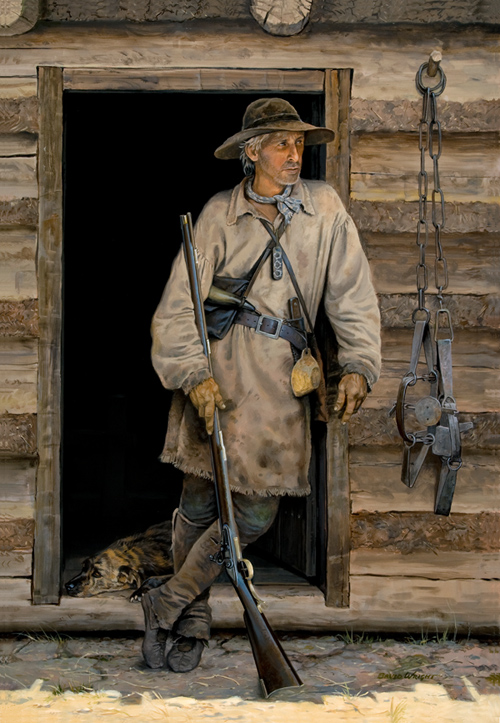 The “About” page is a well-turned historical thumbnail on what a hillbilly is and where they came from, tying the history in with the genre of Country Noir. Anybody who cites David Hackett Fischer and James Ellroy on the same damn page is my kinda people. I mean it; we’re spiritual kin. I also like the way he closes the intro off:

Who the fuck are you that I would care?  Hey, fuck you too buddy.  I went through some shit but now I pretend to be refined so they let me do fancy stuff.  Sometimes I write real good and you oughta stick around and see.  I grew up Southern Baptist and working class in rural, southern Appalachia, and I was a first-generation college graduate.  If that ain’t country I’ll kiss your ass.

This feller H.P. reads a lot. I mean a LOT. He’s a Daniel Woodrell fan, which earns him street (woods?) cred from me. Says his favorite Country Noir writer is Ron Rash. Heard of him lots; never read him. You know what that means…

But a great deal of his reading is in the fantasy genre. He’s got another blog that covers that territory, called Every Day Should Be Tuesday (cuz that’s when publishers drop books). As I’ve written before, I don’t read much fantasy, but some of the most important books and writers in my world worked that genre: Tolkien, Frank Herbert (Dune) and, of course, Robert E. Howard.

The man gets Howard — no surprise given his background and predilections. Anybody who titles a post “Howard Wrote Like Hank Williams Sang” and “Robert E. Howard Was The Texas Tolkien” is playing my tune.

H.P. spent a summer on a critical reading of Conan stories — pastiche as well as Howard’s originals. And he has this to say about our Frontier Partisan compañero John Maddox Roberts.

Roberts may be the best of the Tor pastiche authors.  Robert Jordan may be a better storyteller and wrote his best prose in his Conan books, but Roberts “got” Conan in a way that Jordan did not.

Anyway, I’m in. Thanks, Deuce.