Like the Steve Earle song says, I’m looking for a woman. I know she’s out there — ageless and deathless, an ever-present peril to be faced down by good, old-fashioned red-blood American manhood. Yes, I’m talking about the Nude Queen of the Communist Cannibals! 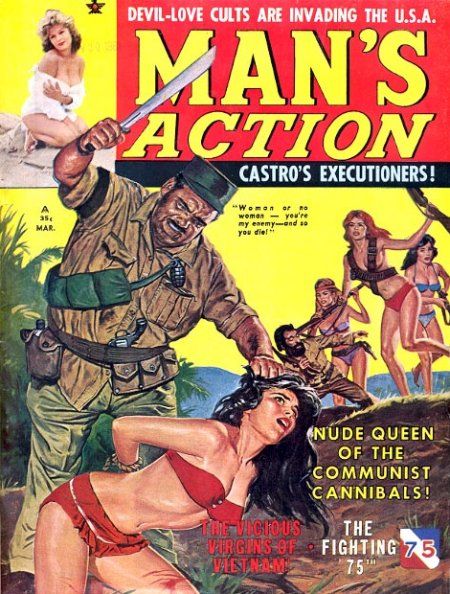 See, this is the danger of stalking down the mysterious jungle paths of the “persistent frontier.”  I do it for you. I do it for America.  I was exploring the linkages between the Banana Wars of the early 20th Century and Cold War obsessions with Cuba and Central America, when I stumbled on a mere rumor of a rumor…

I have to run this down. 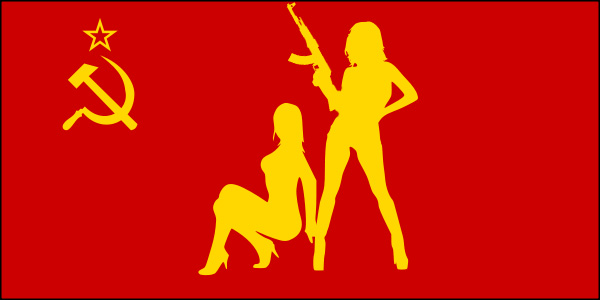 It’s a good thing that the Men’s Adventure magazines were around in the 1950s and ’60s to uncover the sex crazed Nazi/Commie death cults that threatened to bring down Western Civilization — stuff that was just too hot for the mainstream media to touch. I mean do you really think David Brinkley or Walter Cronkite were ever going to tell us the truth about the Vicious Virgins of Vietnam?

Cuba was the focus of a great deal of the coverage provided by those bold journalistic enterprises. They were really on top of that evolving story. So much so that there’s a brand new anthology of the reporting from the era: 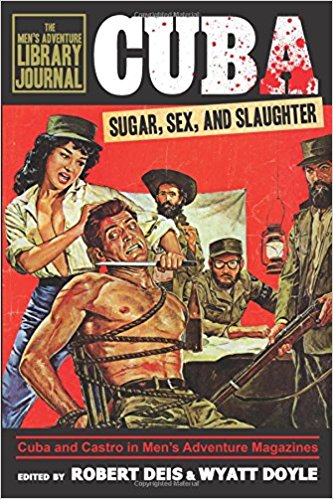 The stories published in men’s adventure magazines (MAMs) from the late 1950s through the late 1970s were notorious for their eye-popping, politically incorrect, often lurid artwork, their tough, unapologetic pulp fiction, and their exposé-style “news” articles designed to shock and titillate. Mixing fact with fiction and supplemented with sexy, violent pulp illustration art and photos, the magazines published hundreds of stories about Cuba and Fidel Castro, chronicling, illuminating, and dramatizing the earth-shaking events in Cuba in those explosive years in ways no other American print or electronic media did at the time — or has dared to since!

Men’s Adventure Library Journal editors Robert Deis and Wyatt Doyle follow their acclaimed I Watched Them Eat Me Alive with the second installment of a new kind of anthology. An expertly curated selection of fast-paced, testosterone-boosted fiction and artwork with history and context supplied by the editors, Cuba: Sugar, Sex, and Slaughter’s highlights include an exclusive pictorial reminiscence by men’s adventure supermodel Eva Lynd, who reveals details of her time as an American showgirl and model in Havana in the final days before the revolution … 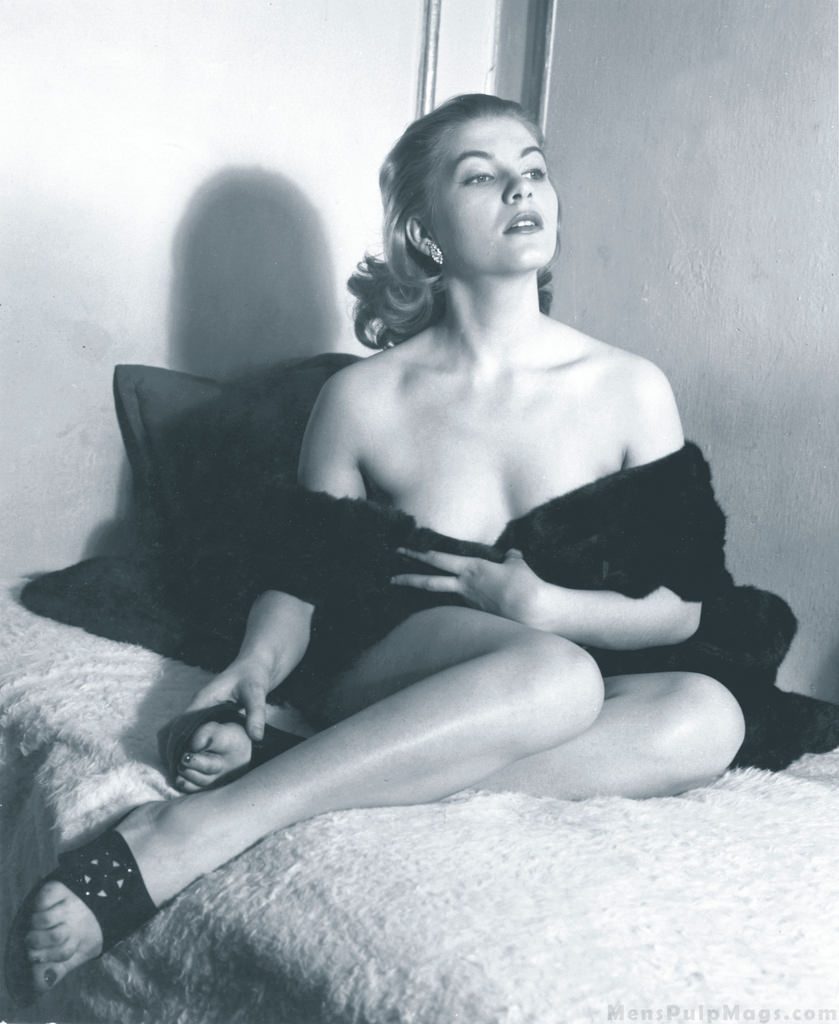 …a portfolio from pantheon illustration artist Samson Pollen(Pollen’s Women) … and a thrilling account of international intrigue, adventure, and escape by Robert F. Dorr (A Handful of Hell), the celebrated and controversial author (and retired senior diplomat) to whom the book is dedicated.

Cuba: Sugar, Sex, and Slaughter is available as a 158-page softcover and as a 178-page expanded hardcover with additional content — 20 more color pages of hard-hitting fiction and outrageous artwork.

Yeah, they say “fiction” cuz that’s what they WANT you to believe…

Maybe you think this was all the overheated concoction of the yellow press, that women like those in the Men’s Adventure magazines don’t exist? Well… I have reliable reports that Anna Chapman was recently spotted on a beach in Thailand. Whatdya suppose she was up to there, huh? Besides a photo shoot, I mean. Hmmm? 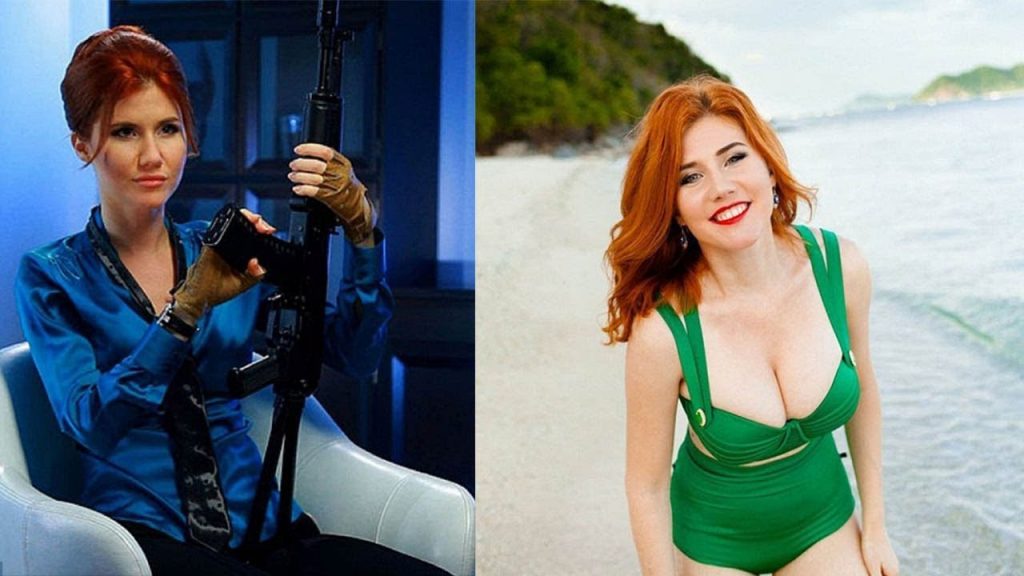 I’m not saying that Anna Chapman is the Nude Queen of the Communist Cannibals, but I think the possibility needs to be looked into.