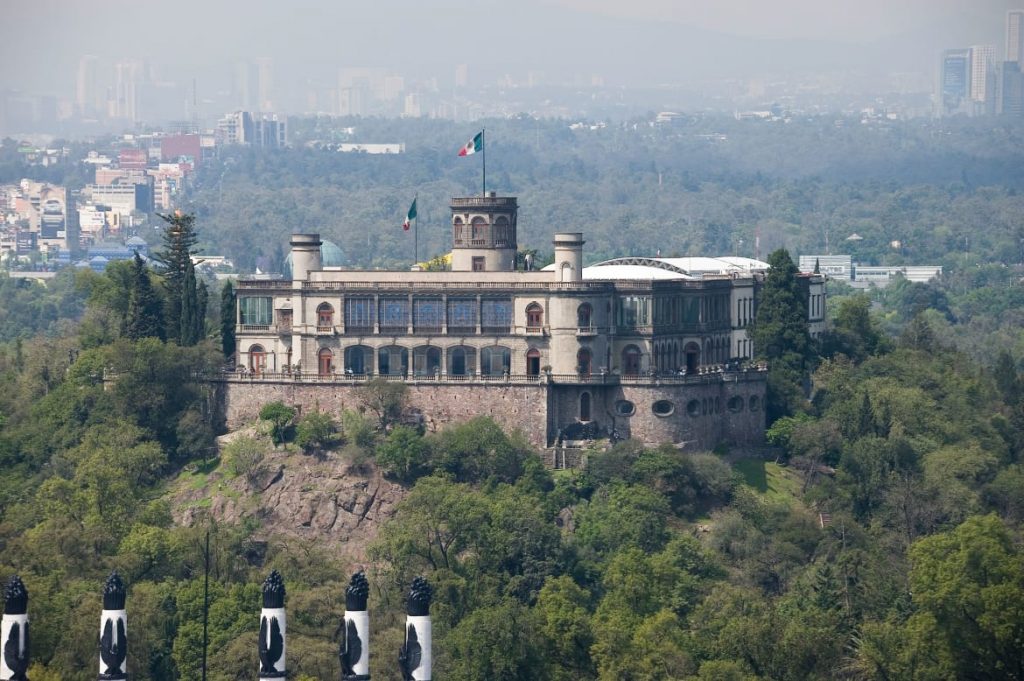 George RR Martin’s fantasy epic A Song of Ice and Fire, which spawned HBO’s blockbuster Game of Thrones revealed a mighty thirst in a massive audience for tales of violent political intrigue and military conquest in exotic settings, for shocking levels of betrayal and conspiracy tinged with madness and transgressive sexual obsession.

I’ve said it before and I’ll stick to my guns: Nothing Martin has conceived in his fertile though ponderously slow-working imagination exceeds the wild, lurid history of Mexico over the past 170 years. Usually when I refer to the Mexican Game of Thrones, I’m talking about the Mexican Revolution and Civil War, where the theme wasn’t “You win or you die,” it was “You win AND you die.” Every single major warlord or political chief, from Pancho Villa (King in the North!) to the great intriguer, Alvaro Obregon, died violently. War and plague and famine on a biblical scale swept the land. The Revolution of 1910-1920 and its aftershocks were as weird and fantastical set of events as has ever been recounted.

There was another episode played out in the 1860s that was even more lurid, if that’s possible. The Mexican Adventure — where a Habsburg Prince with the grandiose name Maximilian attempted to rule Mexico at the behest of a French Emperor who styled himself Napoleon III, with an ambitious and unhinged Belgian Princess Charlotte (Carlota) for a bride — is one helluva weird episode.

It is, of course, a complicated tale. To simplify: Mexico had undergone a civil war from 1857 to 1860, with the Liberals of Benito Juarez prevailing. Mexico was financially prostrated by the conflict, and Juarez decided to repudiate its foreign debt, which was mostly held by European powers. Said powers did not take kindly to this notion, and intervened — ostensibly to enforce payment. What Napoleon III of France was really after was conquest — for an Emperor needs an Empire, after all.

Maximilian somewhat reluctantly accepted the crown as Emperor of Mexico in 1863, at the behest of Mexican monarchists and Napoleon III, who had deceived him into believing this move had extensive popular support in Mexico. It didn’t. A savage war ensued.

Insurgents and picturesque and bloody-handed Imperial irregulars scourged the country; the French Foreign Legion made a stand that became a critical element of Legion Mythology. Wine and blood flowed in crimson rivers.

The strange and sordid tale came up on my horizon thanks to a lengthy and quite enjoyable article on The Daily Beast. Apparently, I’m not alone in seeing GoT parallels. Author William O’Connor notes:

“Maximilian was also a naïve fool, somebody whose bones would’ve made nice toothpicks for Cersei Lannister.” 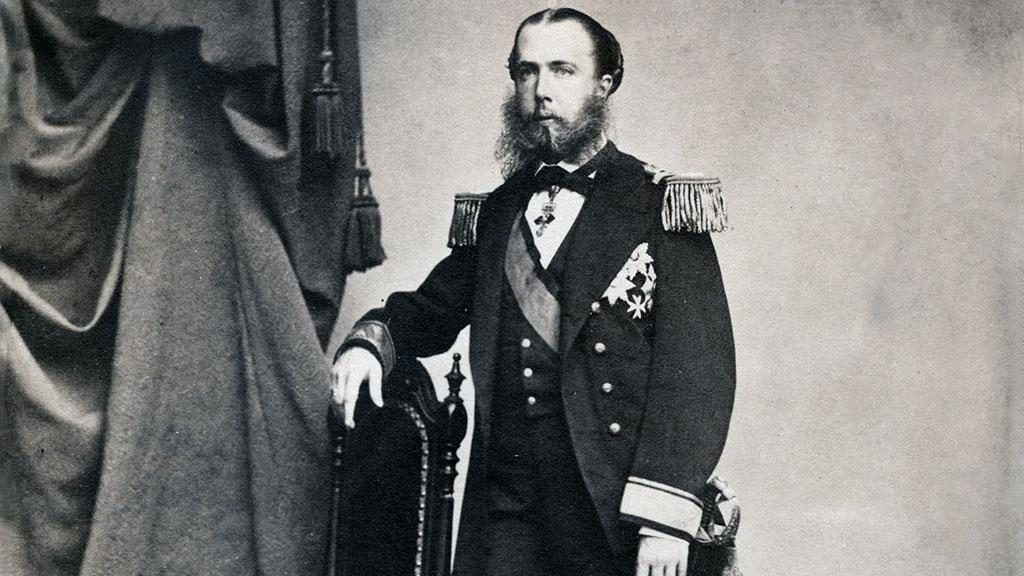 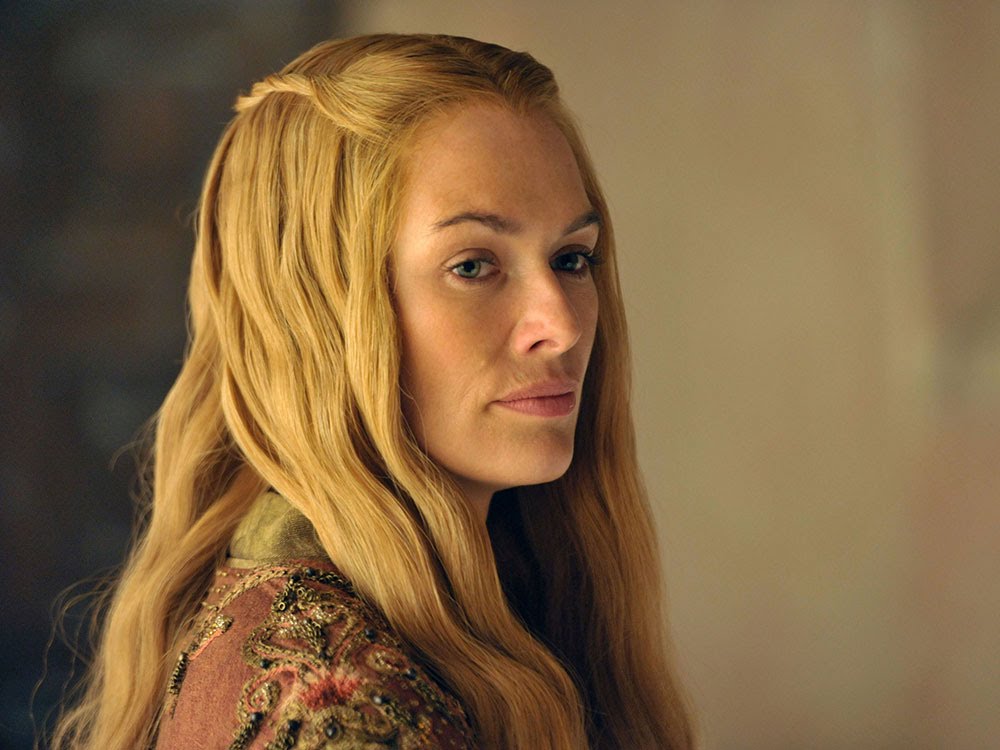 Cersei Lannister shall make toothpicks of your bones.

The piece is vividly written, riffing off of the architecture and art of Chapultepec Castle as a platform from which to explore this sordid, farcical, bizarre — and also profoundly bloody — history. Princess Carlota herself may be the perfect avatar of the madness of the whole adventure:

On Jan. 19, 1927, Princess Charlotte of Belgium died in the moated castle of Bouchout. Before she passed, it was said that she would strip and whip herself with a riding crop. In other moments, she would talk incessantly about sex, attempting every now and then to bed one of her guards. Her own sister-in-law, Queen Marie-Henriette, was sometimes forced to seal the widow in a room with padded walls.

It was also said that for 60 years after her reign in Mexico had come to a calamitous end, her servants still called her “Imperial Majesty” and that every spring she would go down to the moat, step into a boat, and declare, “Today, we leave for Mexico.”

She had outlived her brother, the genocidal Leopold II. She had outlived numerous other dynasties: the Romanovs, the Habsburgs, the Osmans, and Wittelsbachs. But the woman who had so thoroughly dressed down Napoléon III that he was reduced to tears was now a mere curiosity—a Bourbon-Coburg circus freak. What could have brought her to this frayed end? 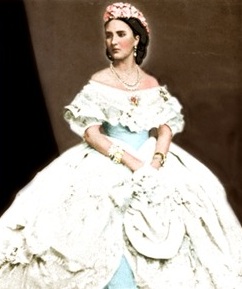 Empress Carlota: a hard life for a princess.

The Imperial couple were a bad fit. Max married Charlotte for reasons of state — but he had an insatiable appetite for other women. While in Mexico, he sired at least one child on a Mexican peasant girl. Carlota had been sleeping separately ever since Max infected her with a venereal disease.

Meanwhile Mexico bled and howled. Juarista forces contested imperial forces, spearheaded by Europeans, for control of the countryside. Counter-guerrilla forces sprang into being that would make rogue riders of the Brotherhood Without Banners blanch. 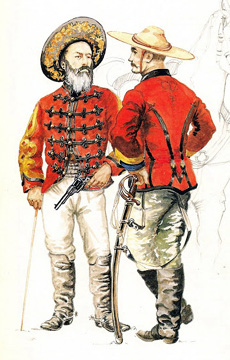 Charles-Louis Du Pin was a swashbuckler of a particular 19th Century type. He had fought for France in Algeria and in Asia, but he found his true calling as a terrifying leader of irregular counter-guerrilla cavalry in the Tierra Caliente (Hot country) of southwestern Mexico, where a fierce insurgency was underway.

Col. Du Pin was a picturesque figure in his tall boots, scarlet Hussar’s jacket and broad sombrero, with a cigar often protruding from his white beard. He was exceptionally brutal in his methods, though a historian notes that he was…

A complex character, (who) at the same time wrote tender and heartfelt letters to his niece, who would have married him had her parents consented to the union, and happily admitted ‘I have waged a terrible war.’

Well, self-awareness is good, I guess. The colonel wasn’t simply a brute; he did offer the locals a choice, graphically expressed.

“I am Colonel Du Pin!  Obey me or die.  All resistance is futile.  You are acquainted with Du Pin?  Let me tell  you who I am. I protect the good, but I have no patience for the bad. I kill men, I rape women, I murder children, I destroy my enemies with fire, iron and blood. Mark well what I say to you!”

Du Pin was regarded with horror by most of his fellow European officers, and his legend in Mexico is a black one. He survived the war and retired, but a lifetime of hard campaigning, drinking, womanizing and gambling caught up to him shortly thereafter and he died — rather more peacefully that he ought. 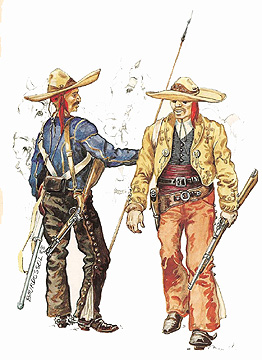 The fighting men of the Mexican Adventure of the 1860s were a picturesque lot of Frontier Partisans.

Maximilian’s end was considerably less peaceful. The unfortunate man was not really fit to play a Game of Thrones. His every instinct was liberal and reformist, which alienated his conservative monarchist backers, but liberals didn’t trust him, because he was willing to enact harsh policies to hold onto power. And the colossus of the North was, after 1865, able to pay attention to the goings on in Mexico after wrapping up its own Civil War. The U.S. government began covertly assisting the insurgents.

Carlota was in Europe pleading the imperial case to Napoleon III, who had lost all passion for the Mexican Adventure, when her husband was captured and blown to hell by a firing squad in 1867. 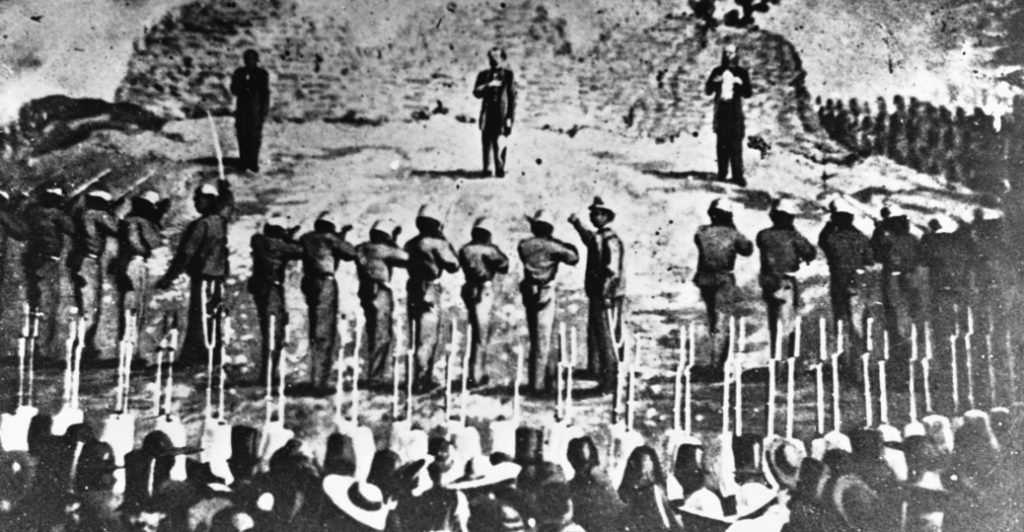 Emperor Maximilian was very thoroughly executed by firing squad after being captured by Juarista rebels in 1867. he reportedly paid the riflemen a gold coin apiece not to shoot him in the head.

Already unstable, Charlotte became increasingly unhinged, as we have seen. She is a tragic figure among many tragic figures.

The ultimate winner of the Game ended up being Porfirio Diaz, who fought hard against the Empire, then rebelled against its liberal successors, unsuccessfully until 1876, when he assumed a presidency which he would run in Putinesque fashion with only a cosmetic interruption for the next 35 years. Diaz the Rebel morphed into Diaz the Conservative, pandering to European power and culture. He did modernize the country, but he did it with an iron fist, and he would ultimately fall in the uprising of 1910 that kicked off a decade of revolution.

Diaz, canny old bastard that he was, saw the writing on the wall and resigned, abandoning the nation he had ruled and going into exile in Spain, where he died. He was the only major figure of the Revolution who escaped with his life. The rest of them went down by iron and fire in what has always been an especially deadly Mexican Game of Thrones. 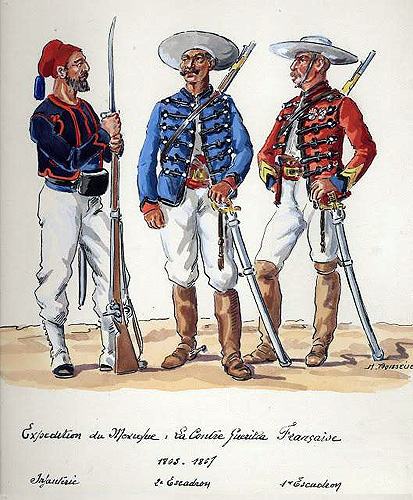