I never met Steve Tompkins. Never even exchanged an email with the man, though I often thought to do it. Then it was too late. Nine years ago today, Steve Tompkins died suddenly. His loss was a gut punch to a lot of folks, including me. For it is no exaggeration to say that Frontier Partisans, Warriors of the Wildlands and Running Iron Report all come back to Steve Tompkins.

Take a moment and look down the back trail with me…

I have noted before on these pages that Robert E. Howard was a huge influence on my young life. He was the first storyteller who made me think “I want to do THAT.” My favorite Howard story was and remains “Beyond the Black River,” a tale set on the frontier of the Pictish Wilderness in Howard’s fictional Hyborian Age world. REH drew from his own Texas heritage in crafting this late tale of Conan of Cimmeria, and I am not alone in considering it his finest Conan story, and maybe the pinnacle of his work.

I’d fallen away from Howard for many years when for some reason I can’t explain I began to wonder what the Internet was saying about Robert E. Howard. I stumbled upon an essay by one Steve Tompkins, on a page titled “Vision, Gryphons, Nothing and the Night: A Member Journal of Robert-E-Howard: Electronic Amateur Press Association.”

The essay, titled Grinning, Unappeased Demons took on my favorite Conan story — citing Richard Slotkin and D.H. Lawrence and rock critic Greil Marcus, tying the pulp yarn into the context of the mythology and history of Puritan America and… I was floored. Tompkins had a vivid voice and was obviously vastly well-read.And he took Howard seriously, as I did — as he should be taken.

Conan of Cimmeria is not a character much given to understatement, but he is guilty of same when he tells Balthus that “it’s as well on the border as any- where.” It is actually far, far better on the border and “Beyond the Black River,” as has been emphasized by the other two greatest American writers of heroic fantasy, Fritz Leiber (“the truest and most satisfying of the Conan stories”) and Karl Edward Wagner (“a sense of conviction and mounting power that few of the other Conan stories can match”). Whence came that conviction and mounting power?

Greil Marcus supplies an answer in his “Mystery Train: Images of America in Rock ‘n’ Roll Music:” “History without myth is surely a wasteland, but myths are compelling only when they are at odds with history.” “Black River” is extraordinarily compelling precisely because it is so at odds with American history. No shining city on a hill will be built in the primordial Pictish Wilderness. The Picts will not lie down in front of the bulldozer of Hyborian Manifest Destiny but instead hijack the vehicle and put it in reverse; as Leiber points out, “Black River” is based on the first stage of the only historical event which Howard described in considerable detail in his essay The Hyborian Age, “the eventually triumphant eruption of the ferocious, primitive Picts into medievally civilized Aquilonia.” The Huron sachem in Michael Mann’s The Last of the Mohicans declares that “When the white man came, night entered our future;” in Howard’s pseudo-history, the Picts return as the night which falls on the Hyborian future.

I wanted more of this stuff. I joined a Robert E. Howard Internet forum, which was moderated by one Deuce Richardson, who soon enough asked me to contribute to the blog The Cimmerian, where Tompkins reigned in all his wildly and eclectically learned majesty.

That experience led to the creation of Frontier Partisans and the rest, as they say… 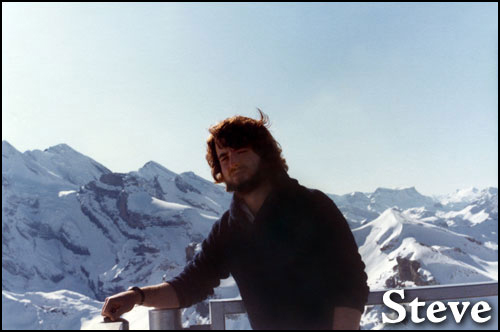