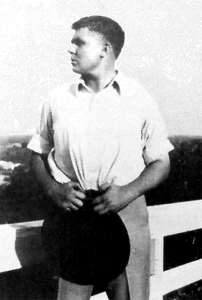 Today, January 22, marks the birthday of Robert E. Howard. Best known nowadays for his fantasy (primarily Conan of Cimmeria), Howard was also a prolific writer of Western stories, both serious and humorous, and Adventure stories set on the Northwest Frontier of the British Raj. More on those in a later post.

My debt to REH is huge. He was the first writer who made me think, I want to do THAT. There is something in his best work that is so vivid and compelling that it transcends the page and sings in the blood. Until recently, Howard’s reputation has suffered more at the hands of his supposed advocates than from his critics. L. Sprague deCamp, who brought much of Howard’s work to print in the 1970s, assured readers that they need not look for any deep meaning in his stories, that they were pure escapism of the best kind.

Howard had a well-developed worldview that underpinned all of his writing and lent a weight of grim profundity to his finest stories. His work has meaning; otherwise it would not have lasted. Howard was acutely aware of the transience of the works of man and was often beset by a depressive sense of futility. He probably would be stunned to know that he is still remembered. Some have read Howard’s suicide as evidence of an Oedipal dependence on his ailing mother, but that’s bullshit, too. Her impending death merely freed him of responsibility and allowed him to do what his doom-laden soul bade him do.

All that is by the way, a  century and more on. What we have is a body of work that has, against all odds, stood the test of time, and inspired many more than I to take up the pen.

Ever since I first discovered Howard in my early teens or so, I’ve been drawn to “Howardian” writers. I have seldom found them in the realms of fantasy. Many use the trappings of Howard and his Hyborian Age, but few plumb the dark heart of the matter. But a “Howardian” spirit can be found in the works of James Carlos Blake and Cormac McCarthy, as I noted on The Cimmerian Blog a few years back. I seem to seek out Howardian Echoes everywhere, in books, music, film, life.

Howard would have well understood the statement in Cormac McCarthy’s All the Pretty Horses:

“What is constant in history is greed and foolishness and a love of blood, and this is a thing that even God–who knows all that can be known — seems powerless to change.”

And Steve Earle’s Ashes to Ashes….

Now, nobody lives forever
Nothin’ stands the test of time
Oh, you heard ’em say “never say never”
But it’s always best to keep it in mind
That every tower ever built tumbles
No matter how strong, no matter how tall
Someday even great walls will crumble
And every idol ever raised falls
And someday even man’s best laid plans
Will lie twisted and covered in rust
When we’ve done all that we can but it slipped through our hands
And it’s ashes to ashes and dust to dust

…. sits comfortably with the last words found on Howard’s typewriter:

“All fled – all done, so lift me on the pyre; The feast is over, and the lamps expire.”

Dark stuff, sure. But I find it all profoundly comforting. It may be one of those “if I have to explain it, you wouldn’t understand” things, but for me the Howardian vision holds no tragedy. It simply accepts life for what it is — a magnificent, passing pageant, made piquant by its very impermanence. This vision is NOT fatalistic; the Howardian (and the Blakeian and McCarthian) hero creates his own meaning out of his own participation in the pageant, his own strife and struggle. It is the struggle itself that lends life its meaning, as well as its flavor.

So, I raise a glass to the Texas pulpster, in gratitude for his work and for a century of Howardian Echoes. 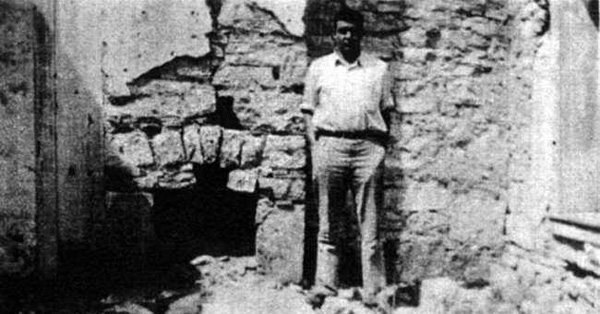 Contrary to depictions of Robert E. Howard as a shut-in, he actually explored much of his native Texas and neighboring New Mexico and he ventured across the border into Old Mexico. Old ruins and natural features like the Carlsbad Caverns inspired him.