Every once in a while, somebody — usually unintentionally — gets their foot hung up on a tripwire and sets off one of the historical claymore mines that ring the perimeter of this outpost of the Frontier Partisans.

All too often, it’s some well-intentioned, sensitive soul who invokes the spirituality of the First Nations people in some quasi-political cause. When they treat these people like some sort of species of fey Wood Elf… claymore go BOOM!

I won’t bore or annoy you with the backstory on this; it’s not important. What IS important is a clear understanding that, while Tashunka Witko aka Crazy Horse was, indeed, a deeply spiritual man — he was not a Wood Elf, skipping the light fandango through benign nature, humming John Lennon’s Imagine. He was a dreamer, alright, but he dreamed of a wild freedom we can scarcely imagine. And he dreamed of counting coup upon the Crow. And, apparently, he dreamed of another man’s wife, and got shot in the face for it. 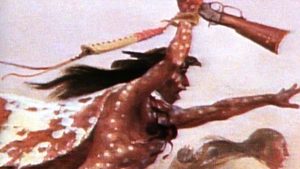 Crazy Horse was a militant’s militant, one of the fiercest leaders of the Oglala Sioux resistance to American encroachment. Even after he surrendered his bedraggled band after a grinding U.S. Army winter campaign, he represented a threat. There was no way he was going to live to old age on an agency reservation. No, Crazy Horse was the kind of militant who ends up getting assassinated and he did — with the connivance of his own people.

He was a man, not a symbol. A complicated, mysterious, dangerous man. 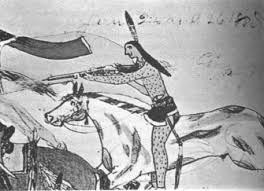 Treating a man like Tashunka Witko as though he was some kind of fantastical creature upon whom one can project all sorts of fantasies of ecological and spiritual connectedness is, to my way of thinking, grotesquely patronizing. The free Lakota of the era were extraordinarily connected to the landscape and to the horse that was the center of their culture — but these were learned qualities, not some sort of supernatural power assigned by a cosmic D&D Dungeon Master.

They were a very political people, riven by internecine rivalries. They were major players in a complex economic system, deeply enmeshed in the snares of commerce. They were well armed with the latest weaponry — and dependent on trade for ammunition. They were imperial, pushing others native peoples off of desirable lands and defining their worth and their very being in the heroic style of a warrior nation. In fact, their inter-tribal rivalry with the Crow remained more important to them than resistance to the encroaching whites — all the way to the end of their days of freedom.

In short, they were a rich, vibrant, complex and variegated culture under tremendous pressure from a tectonic shift in the turnings of the world. Crazy Horse fought hard, surrendered bitterly, and died from a bayonet in the kidneys, in part at the hands of his own people. He deserves better than to be caricatured.

“Let me go, my friends. You have hurt me enough.” 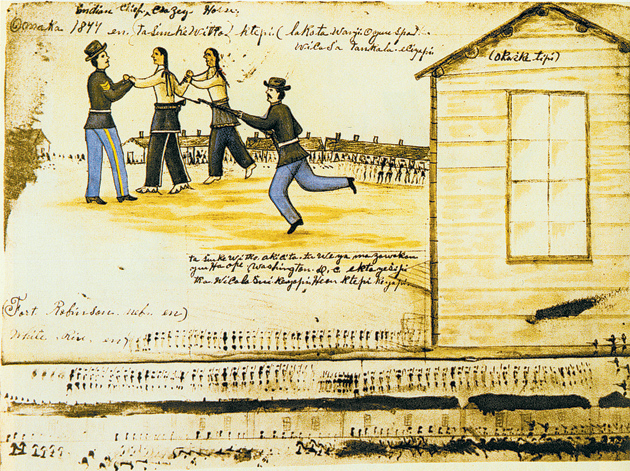