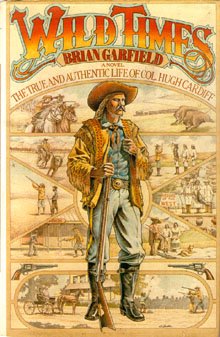 I read and re-read “Wild Times.” Wore out a couple of copies.

I read the covers off Brian Garfield’s “Wild Times.” How I loved this tale of a fictional Wild West showman, a rival to Buffalo Bill named Col. Hugh Cardiff. His picaresque adventures across the West from the 1860s through the early 20th Century were a lasting delight.

I came to the book through watching the 1980 miniseries starring Sam Elliott. At the age of 14 or 15, I wanted nothing more than to shoot a Hawken Rifle, wear a fringed buckskin shirt and a big Texas hat and sport a luxuriant mustache like Sam’s Hugh Cardiff. Yeah, I know. I wasn’t your normal suburban So Cal kid.

And damned if I didn’t do the best I could. Somebody gave me a Stetson Open Road, which, while not big, was sure-enough a Stetson, and I had a nice, quality air rifle and I spent hours in my backyard trying to match the shooting prowess of Col. Cardiff. As for the mustache, well, that’s a gift God only gave to Sam Elliott and Emiliano Zapata.

“Wild Times” explores the reality and the mythologizing of the frontier through the eyes of a man who had a hand in both. Garfield, who wrote a bunch of thrillers, including “Death Wish,” was a damn fine writer. “Wild Times” holds up to my adult eyes.

Long out-of-print, “Wild Times” is now available as an e-book, through Amazon Kindle or NOOK. I’m happy to get reacquainted with Hugh Cardiff — but I don’t suppose I’ll be able to read the covers off. 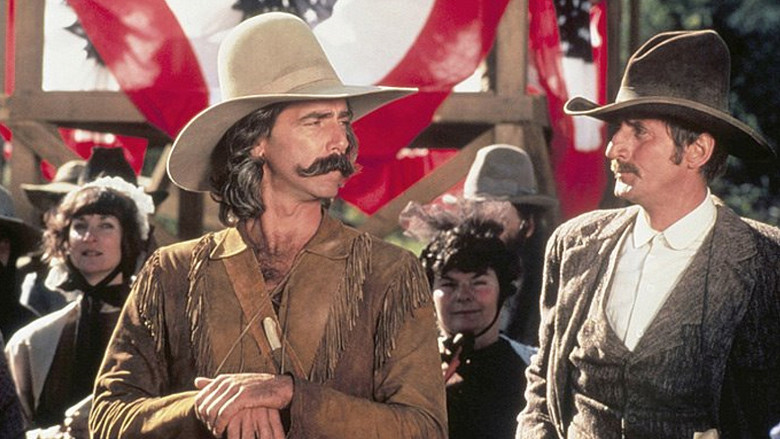