It’s not the apocalypse, of course, it’s just history, but if you thought the shape of history was meant to be an upward curve of progress, then this feels like the apocalypse.

2018 — this very month , in fact — will see the launch of The Running Iron Report — my joint project with Craig Rullman, which will take on the multifarious challenges of living with a kind of outlaw honor in our strange and perilous times.

One of the pleasurable aspects of RIR is that just about everything I read and watch — all of my media consumption — is relevant to the work. That’s a big deal for me, because I recognize that I’m constitutionally incapable of being methodical and simply working my way through research reading. I love immersing myself in the civil war in the Mohawk Valley during the American Revolution — but I still must hie off to Rhodesia, c. 1896 (or 1976) and I can easily be coaxed down a jungle trail leading to Hezbollah’s nefarious connections with Latin American drug cartels….

So it’s a good thing that RIR offers the opportunity — nay, the necessity — of synthesizing all of my interests and allows me to spin some gold out of the various strands of history, political, culture, and outdoor adventure that make up what passes for my psyche.

With that in mind, here are some things I am much looking forward to in 2018 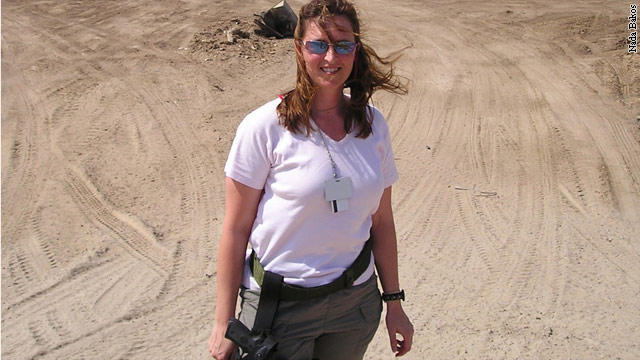 The Targeter, by Nada Bakos

Nada Bakos must have a LOT of secrets, because this book was supposed to come out a long time ago, and has just made it through the CIA’s vetting process for a February 2018 release. This is what I wrote back in the summer of 2016 about the “pending release” of The Targeter.

Nada Bakos impresses the hell out of me.

I first became aware of her through HBO’s 2013 documentary “Manhunt: The Search For Bin Laden.” More recently, she features heavily in the book “Black Flags: The Rise of ISIS” and Frontline’s documentary on the same subject.

Bakos was an exceptionally talented and capable CIA analyst who was on the Islamic terrorism beat from very early on — particularly focused on Abu Musab al-Zarqawi, the savage maniac who birthed the movement that has become ISIS.

She eventually became a Targeter — turning her analytical skills to gathering intel on specific militant targets that could then be swept up in the high-tempo special operations raids that Gen. Stanley McCrystal instituted in the effort to “fight for intelligence” and dismantle the Zarqawi network. 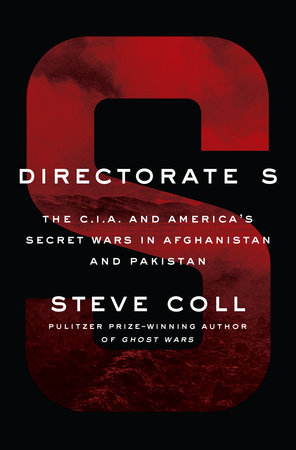 Steve Coll’s Ghost Wars: The Secret History of the CIA, Afghanistan, and Bin Laden, from the Soviet Invasion to September 10, 2001 stands with Lawrence Wright’s The Looming Tower on my must-read list of books on the rise of al Qaeda. Now the ace journalist is coming out with Directorate S: The C.I.A. and America’s Secret Wars in Afghanistan and Pakistan.

Prior to 9/11, the United States had been carrying out small-scale covert operations in Afghanistan, ostensibly in cooperation, although often in direct opposition, with I.S.I., the Pakistani intelligence agency. While the US was trying to quell extremists, a highly secretive and compartmentalized wing of I.S.I., known as “Directorate S,” was covertly training, arming, and seeking to legitimize the Taliban, in order to enlarge Pakistan’s sphere of influence. After 9/11, when fifty-nine countries, led by the U. S., deployed troops or provided aid to Afghanistan in an effort to flush out the Taliban and Al Qaeda, the U.S. was set on an invisible slow-motion collision course with Pakistan.

Today we know that the war in Afghanistan would falter badly because of military hubris at the highest levels of the Pentagon, the drain on resources and provocation in the Muslim world caused by the U.S.-led invasion of Iraq, and corruption. But more than anything, as Coll makes painfully clear, the war in Afghanistan was doomed because of the failure of the United States to apprehend the motivations and intentions of I.S.I.’s “Directorate S”. This was a swirling and shadowy struggle of historic proportions, which endured over a decade and across both the Bush and Obama administrations, involving multiple secret intelligence agencies, a litany of incongruous strategies and tactics, and dozens of players, including some of the most prominent military and political figures. A sprawling American tragedy, the war was an open clash of arms but also a covert melee of ideas, secrets, and subterranean violence.

Coll excavates this grand battle, which took place away from the gaze of the American public. With unsurpassed expertise, original research, and attention to detail, he brings to life a narrative at once vast and intricate, local and global, propulsive and painstaking.

I’ve got mixed feelings about Max Boot. He’s interested in a lot of the same stuff I am — the “small wars of empire” and the men who fight them. I get the feeling we’d hit it off if we ever got to sit down over a cup of coffee. But I found his neo-con pumping of the Iraq war infuriating — maybe because we looked at the same history and came to vastly different conclusions about what was right and (more importantly) what would work. Nonetheless, I always enjoy and benefit from his work, so.. 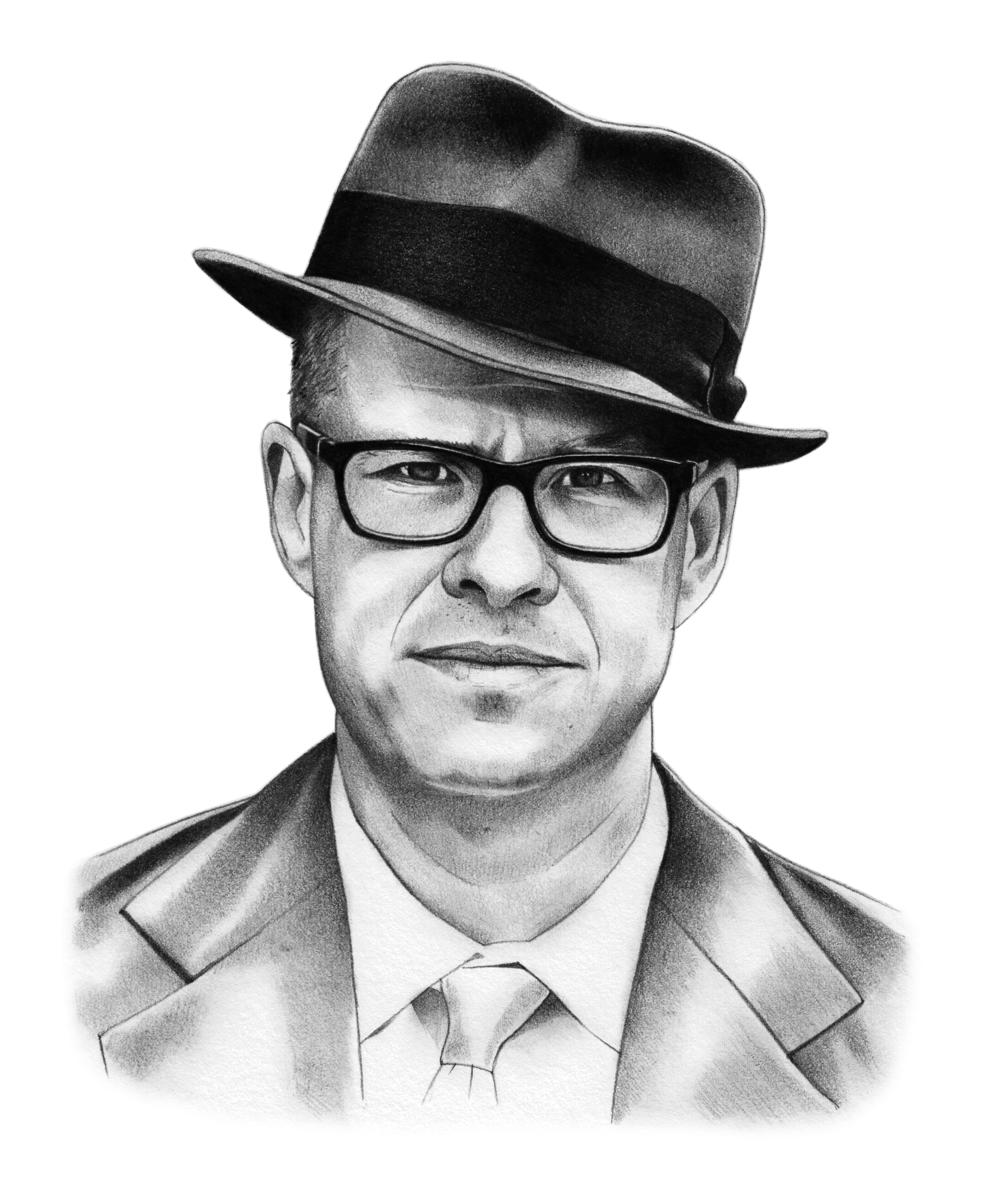 The Road Not Taken — Max Boot

In this epic biography of Edward Lansdale (1908– 1987), the man said to be the fictional model for Graham Greene’s The Quiet American, best-selling historian Max Boot demonstrates how Lansdale pioneered a “hearts and mind” diplomacy, first in the Philippines, then in Vietnam. It was a visionary policy that, as Boot reveals, was ultimately crushed by America’s giant military bureaucracy, steered by elitist generals and blueblood diplomats who favored troop build-ups and napalm bombs over winning the trust of the people. Through dozens of interviews and access to neverbefore-seen documents―including long-hidden love letters―Boot recasts this cautionary American story, tracing the bold rise and the crashing fall of the roguish “T. E. Lawrence of Asia” from the battle of Dien Bien Phu to the humiliating American evacuation in 1975.

And then there’s this.

Note the prayer rugs and see above… 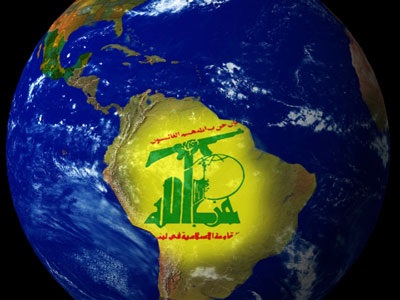