General George Rogers Clark’s expedition to capture the British stronghold of Detroit in the summer of 1781 was no secret. The borderlands in the era of the American Revolution were porous and rumor and gossip traveled with astonishing speed up and down the Ohio River, through the American settlements and the towns and villages of the native tribes.

Everyone on the frontier knew that Clark was recruiting and that his force would travel down the Ohio River from Fort Pitt to Wheeling and on down to Fort Nelson (Louisville, Kentucky). Strategic surprise and operational security were non-existent. 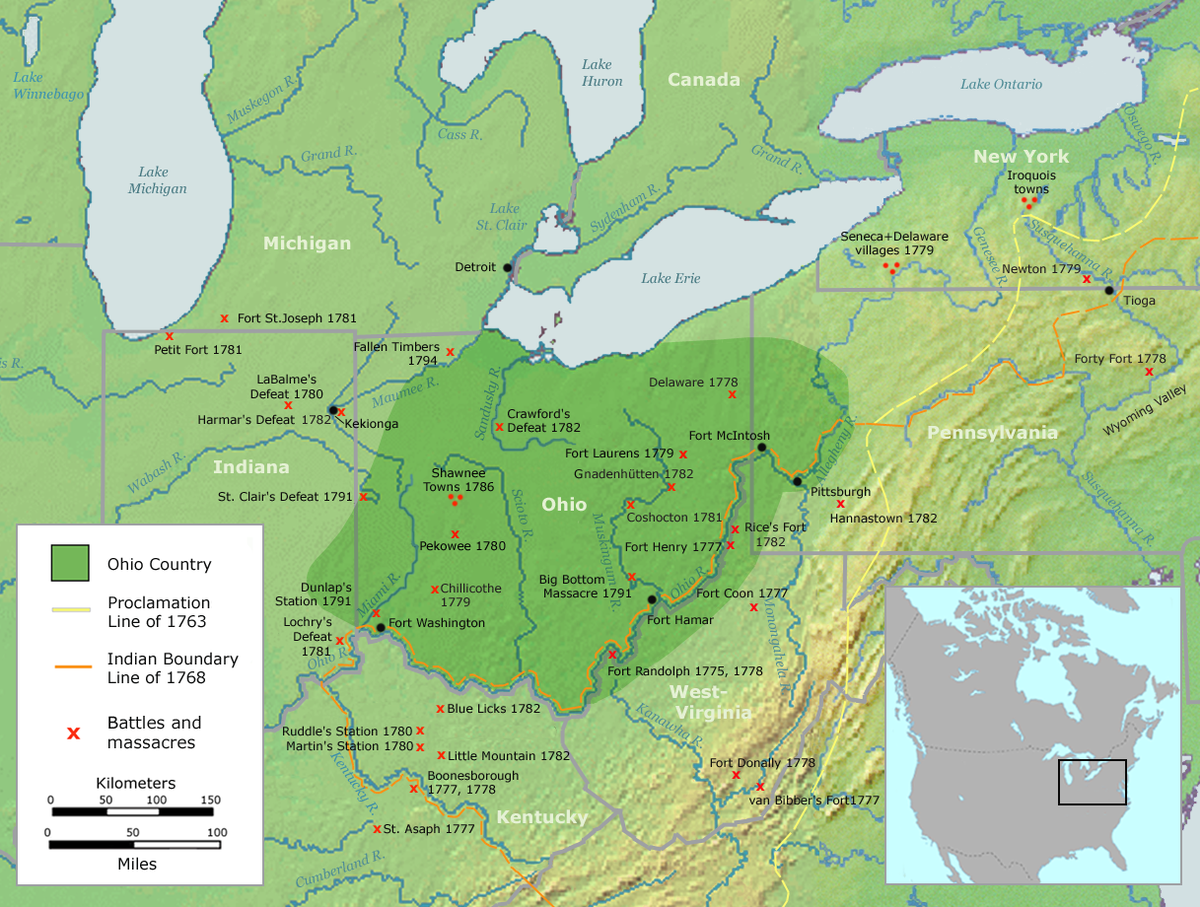 Among those tracking the movements of Clark and his ragtag army were Mohawk War Captain Joseph Brant and British agent George Girty. The “Injun Girtys” — George, James and especially Simon — were notorious on the Ohio River frontier. American scouts and interpreters who had defected to the British, they were regarded not only turncoats, but as the worst kind of race-traitors. Injun-lovers. As children during the French & Indian War, the three boys had been captured by Delaware and Shawnee raiders and spent  years as adopted tribesmen before being returned to the American settlements in the settlement that closed Pontiac’s Rebellion, which followed closely upon the war. Like so many captives of the woodland Indians, they felt a strong and life-long affinity for their captors and their way of life. They would remain culturally ambiguous “Men of the Middle Ground” ever after.

In the triumphalist narrative of American frontier history, the Girtys have come down in folklore and tradition as monsters — demonic fiends who turned on their own kind and delighted in leading their savage comrades in murder and torture. In fact, they were committed and highly capable agents of influence for the British Crown. They were also skilled Frontier Partisan Rangers and wilderness fighters. Despite his evil reputation, Simon actually saved many captives from torture and helped some to be resettled in Canada. 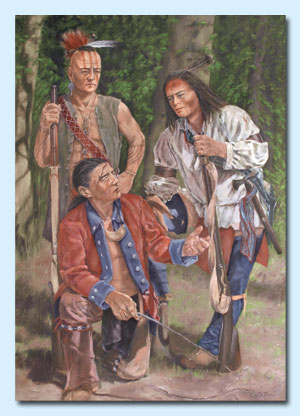 The Girty Brothers — the “Injun Girtys” — were  American Frontier Partisans who defected to the British and became effective agents and partisan leaders among the tribes of the Ohio River region.

Girty and Brant and a force of about 100 men — Indian warriors and Loyalist Rangers — were stationed on the northwest bank of the Ohio River, near the mouth of the Great Miami River and the present-day border of the states of Ohio and Indiana. They were awaiting reinforcements being gathered in the Ohio interior by Simon Girty and British agent and trader Alexander McKee. Their mission was to ambush and destroy Clark’s force as it traveled down the river.

The reinforcements were slow to arrive, and Brant was forced to grit his teeth and watch Clark’s force — a shockingly paltry 400 strong — paddle past on the river not far from the forested banks. The partisan raiders would have to settle for lesser prey. Clark dispatched messengers to hurry Lochry along, and they fell into the arms of Brant’s partisans. So, the war captain knew that Lochry was coming, and he and Girty set an ambush. Their force was bolstered by the arrival of 60 more Indians and Rangers, bringing it to 160 personnel.

Lochry’s militia force of 107 men put ashore on the northwest bank at about 8 a.m. on August 24. Accounts vary as to what brought the American force ashore in known hostile territory. Some report that Brant and Girty forced American captives to lure the boats ashore — a ruse that worked numerous times along the river frontier. Other accounts say that, while the ruse was in play, the Americans came ashore unawares, a short distance to the north, to feed the men and horses.

Whatever the motivation, Lochry’s force did come ashore, and Brant and Girty moved their partisans into ambush position. The Indian/Loyalist force opened fire from the woods and stormed upon the stunned, disoriented and completely unready Americans. Some few stood and fought, though they were short on ammunition; some ran for the boats and tried to escape out onto the river. Brant had accounted for this possibility and Indians in canoes cut off the retreat. 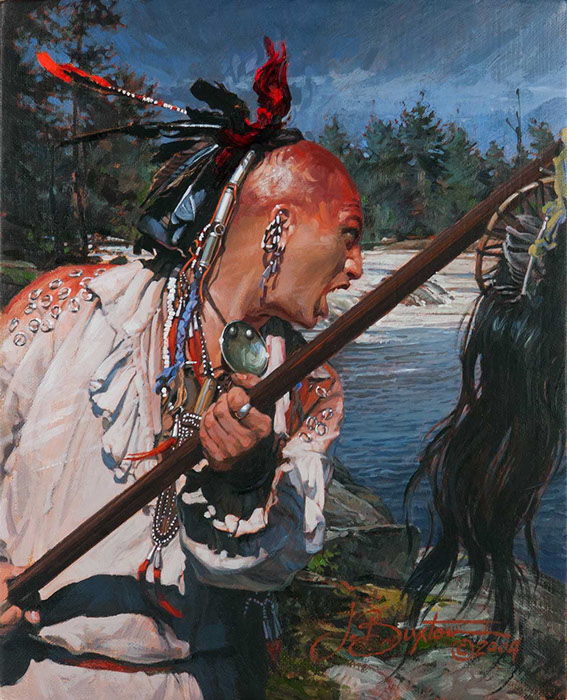 John Buxton’s depiction of one of the British-allied warriors who battled so fiercely to thwart American incursions into the Ohio country.

Surrounded and outnumbered, Lochry ordered his men to surrender. Some of the Americans had been killed in the first fire. The Indians tomahawked the wounded —and some of the unwounded survivors. Lochry himself was sitting disconsolate on a log when a Shawnee warrior split his skull with a tomahawk blow. Brant reportedly prevented the Indians from slaughtering even more of the helpless militiamen.

Thirty-seven American militiamen had been killed in the action. Another 64 were taken prisoner, leaving six unaccounted for. Brant and Girty suffered not a single casualty. 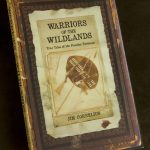