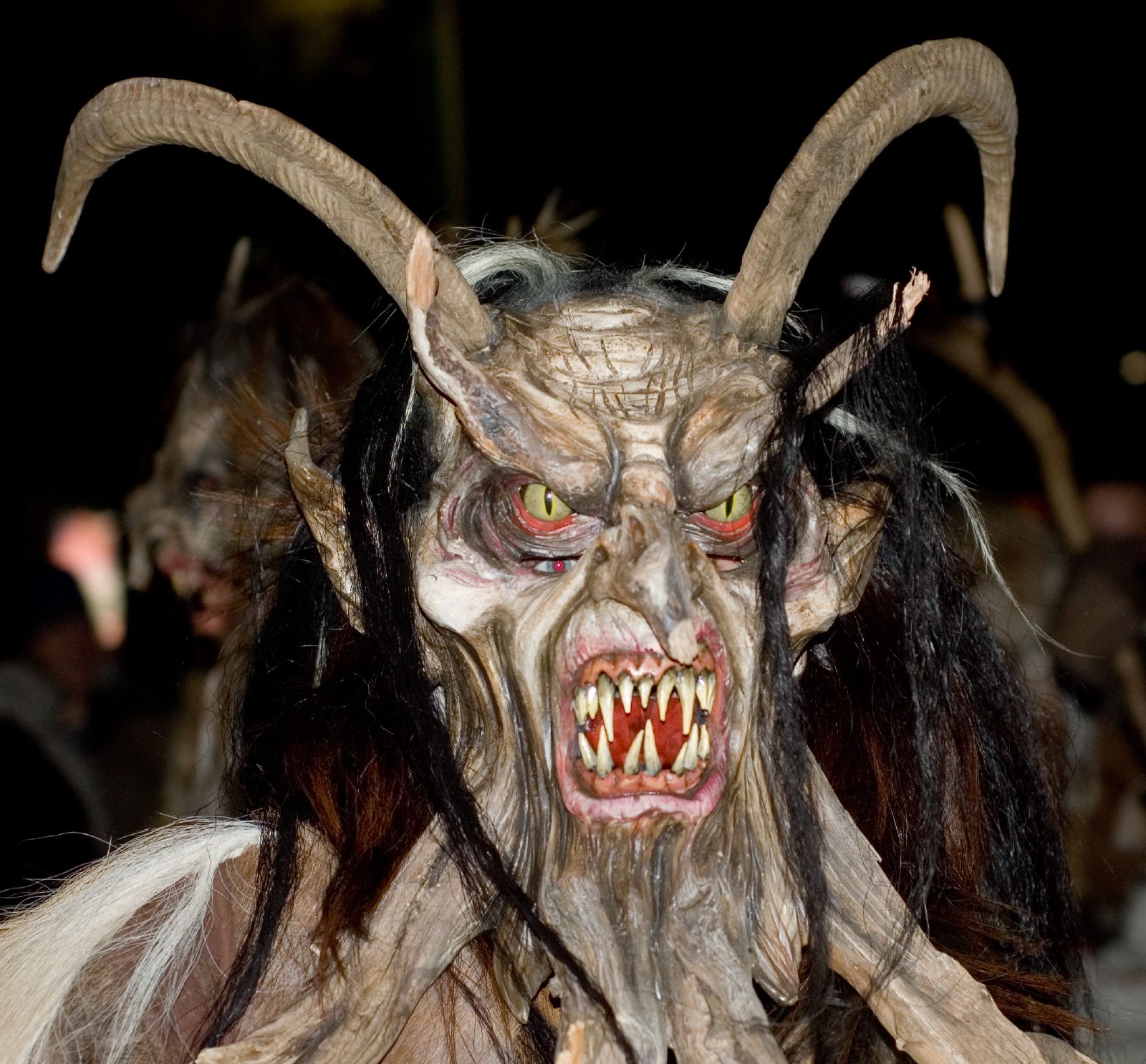 Keep an eye out for Krampus tonight, December 5. Ply him with schnapps.

(Note: This story originally appeared in The Nugget Newspaper in the December 2 edition).

Santa Claus is coming to town

In the American Christmas tradition, Santa Claus is stuck with sorting out the naughty from the nice. The ancient central European tradition establishes some more efficient — and effective — division of labor.

Jolly old St. Nicholas has a companion who is not so jolly, not so nice. He’s the one who deals with the naughty children, leaving St. Nick to dispense holiday joy to all the “good” children.

They call him Krampus.

Krampus seems to prefer alpine towns — which makes Sisters a likely spot for his visitations. Mostly he hangs out in the alpine regions of Austria, Bavaria, Croatia, Czech Republic, Hungary, Slovenia, South Tyrol and parts of Northern Italy. In many of those areas, parades are devoted to appeasing his rather fearsome spirit. Krampus traditionally runs the streets on December 5, known as Krampus Night — which sounds better and much more sinister in German: Krampusnacht. It is customary to offer him schnapps.

Krampus is a hairy, demonic critter, with cloven hooves, goat horns and a long, red, lolling tongue. In fact, he looks very much like the Devil. In many depictions, he wears chains, symbolic of Christianity chaining the Devil. He carries birch rods with which to swat naughty children.

The frightful Christmas beast has his origins in pre-Christian pagan imagery. In Norse tradition, he is thought to be the son of Hel, goddess of the underworld.

The Catholic Church frowned upon celebrations of such a demonic figure, and Italian Fascists and German and Austrian National Socialists suppressed Krampus. Perhaps they didn’t like the competition.

At the turn of the millennium, Krampus made a comeback. Parades and Krampus parties abound, both in his European homeland and in the New World. Probably the revitalization of Krampus is simply the result of people looking for ways to spice up their Yuletide traditions. Or, perhaps, children have grown naughtier.

Inevitably, there have been efforts to tame and commercialize Krampus, but the hairy fellow disdains the “Cute Krampus” trend, and it seems likely that it might be a dangerous affront.

There have been no confirmed Krampus sightings in Sisters, but you never know. If you see a hairy horned figure in the darkness of a Sisters Country winter night, or hear cloven hooves clattering down Cascade Avenue on December 5, give the old demon a belt of schnapps — and tell him that the naughty children all live down the road in Bend.

Previous Post: « Martin Fourcade Is A Beast
Next Post: That Leaves Only Me To Blame… Cuz Mama Tried »