October is my favorite month of the year. The air is crisp and clean, the leaves are turning and I get to spend hours on the woodpile turning big chunks of wood into smaller chunks of wood, which is the best curative I know for living in the modern world.

That world seems to be on a suicide run right off the tracks and into the ditch. 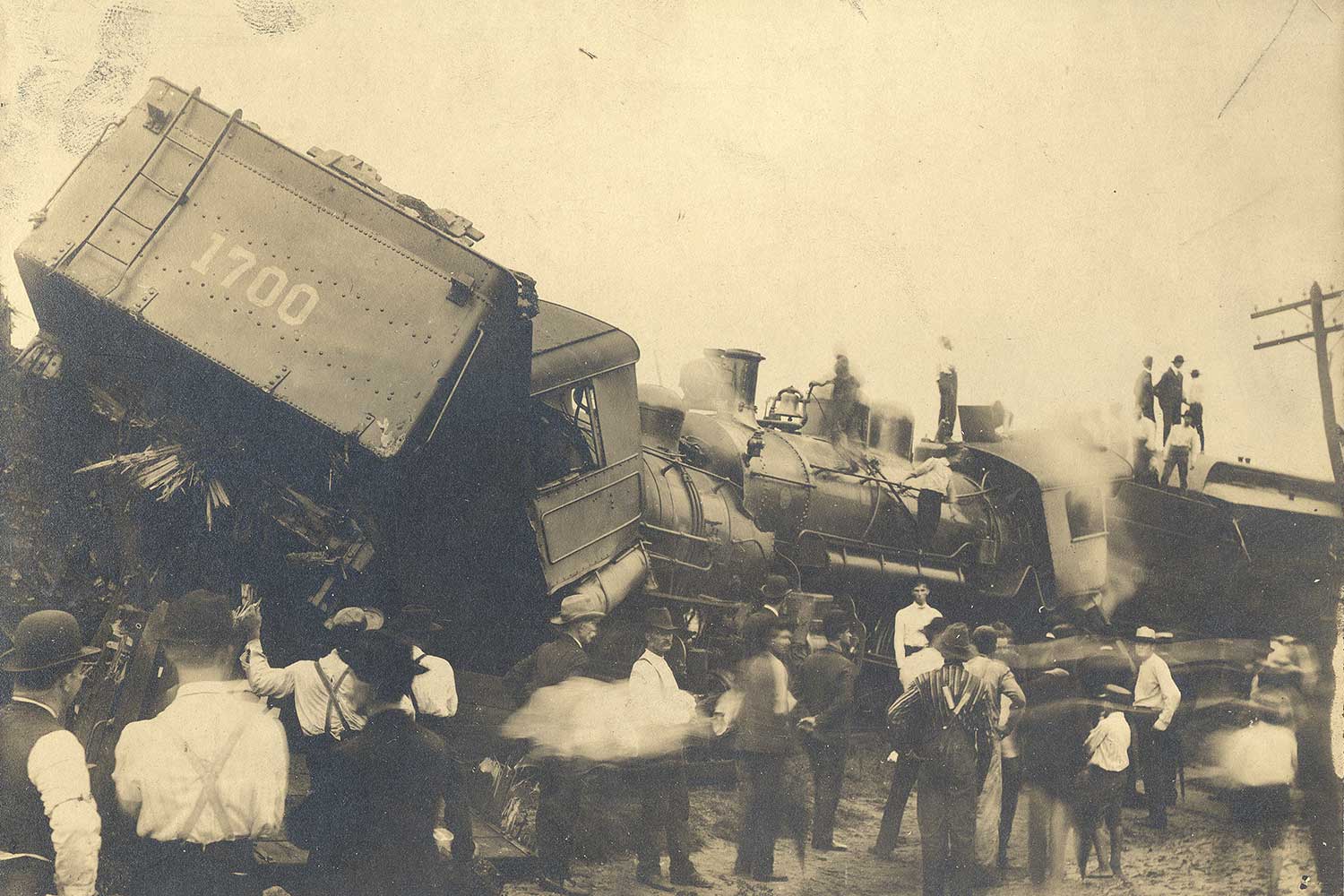 In this graphic novel adaptation of the Edgar-nominated novel Head Games, Craig McDonald blends history and legend to tell the tale of the classic hard-drinking, hard-living, and hard-boiled protagonist. Artist Kevin Singles brings this noir thriller to life with a style reminiscent of the golden age of dime-store paperbacks.

It’s 1957, and aging novelist Hector Lassiter thought that his adventures were long behind him. But then he receives a treasure worth killing for: the skull of Mexican revolutionary Pancho Villa.

With his partners in crime, brooding poet Bud Fiske and hard-as-nails beauty Alicia Vicente, Hector must make a mad dash across the American southwest. If the trio can survive long enough to sell the skull to the highest bidder, they’ll score big. But in the meantime, Hector must dodge bullets from deranged fraternity members, aging soldiers of fortune, vicious warlords, and crooked feds. 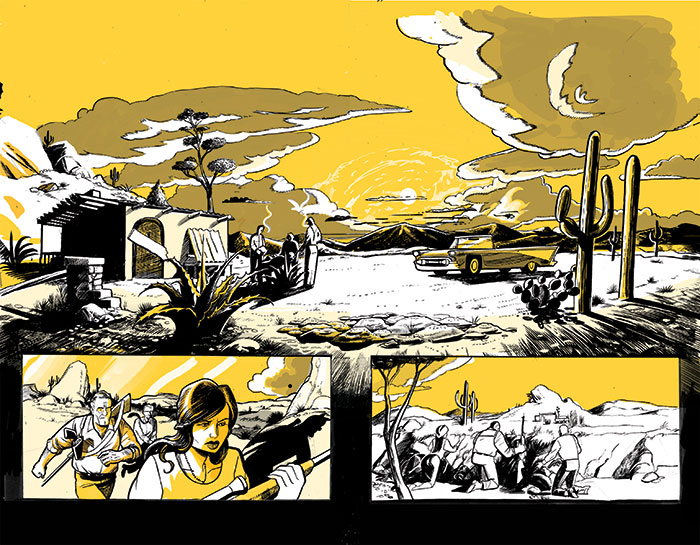 • Frontier Partisan reader Felonious Monk asked that Working the Trap Line serve up a shoutout to:

Jack E Davis’s magnificent history of The Gulf. It contains this little pearl: “nature was (is?) the kindling that kept (keeps?) the fire of Manifest Destiny burning.”
Mother nature is clearly in distress but the frontier partisan cannot help to turn to her for nurture, inspiration and dare I say redemption.

Consider it done. Looks like a book worth reading.

From the Tampa Bay times review:

Davis writes about several of the indigenous cultures that flourished around the gulf for thousands of years, notably the Calusa. He describes the discovery of artifacts by a worker digging peat on Marco Island in 1895, artifacts that excited the attention of legendary archaeologist Frank Hamilton Cushing and led to modern understanding of that ancient culture. The Calusa built cities and towns atop shell mounds they constructed all over southwest Florida, dug miles of canals and artificial lakes, and traveled around the gulf by canoe. The gulf provided them with such a rich diet of fish and shellfish that when the Spanish arrived in the 16th century, they described the tribe’s members as giants, glowing with strength and health. Yet the Spanish saw the region as worthless — they sought only gold, silver and slaves — and many conquistadors starved amid its plenty.

Chapters about the terrible depredations of plume hunting during the fad for feathered women’s hats include such figures as Alfred Lechevelier, a.k.a. the Old Frenchman, who slaughtered millions of birds up and down Florida’s west coast.

We must remember that the story of the Frontier Partisans is a story of prodigality — exuberant, adventurous… but bloody and heart-breakingly wasteful.

• Craig Rullman and I will be heading out mid-month to camp on some historic sites in the outback, including one of John C. Fremont and Kit Carson’s campsites. Call it research, call it a quest for a little redemption, call it palavering with ghosts and chasing buffalo. I’m renewing my commitment to spending as much of my time as possible in those noble pursuits.

I’m aggressively seeking to weed out activities that are not generative.

I crave direct engagement with my world, not the mediated, packaged spectacle that is overwhelming the culture on every front. So I’m treating October like a new year and a fresh start. On the advice of Deuce Richardson and Paul McNamee, I am going full Celt for that endeavor. As Deuce said:

If you want to get a jump on the New Year, just celebrate it at Halloween. That’s the Old Celtic way of doing things. Ham, colcannon and apple cake never hurt anyone. 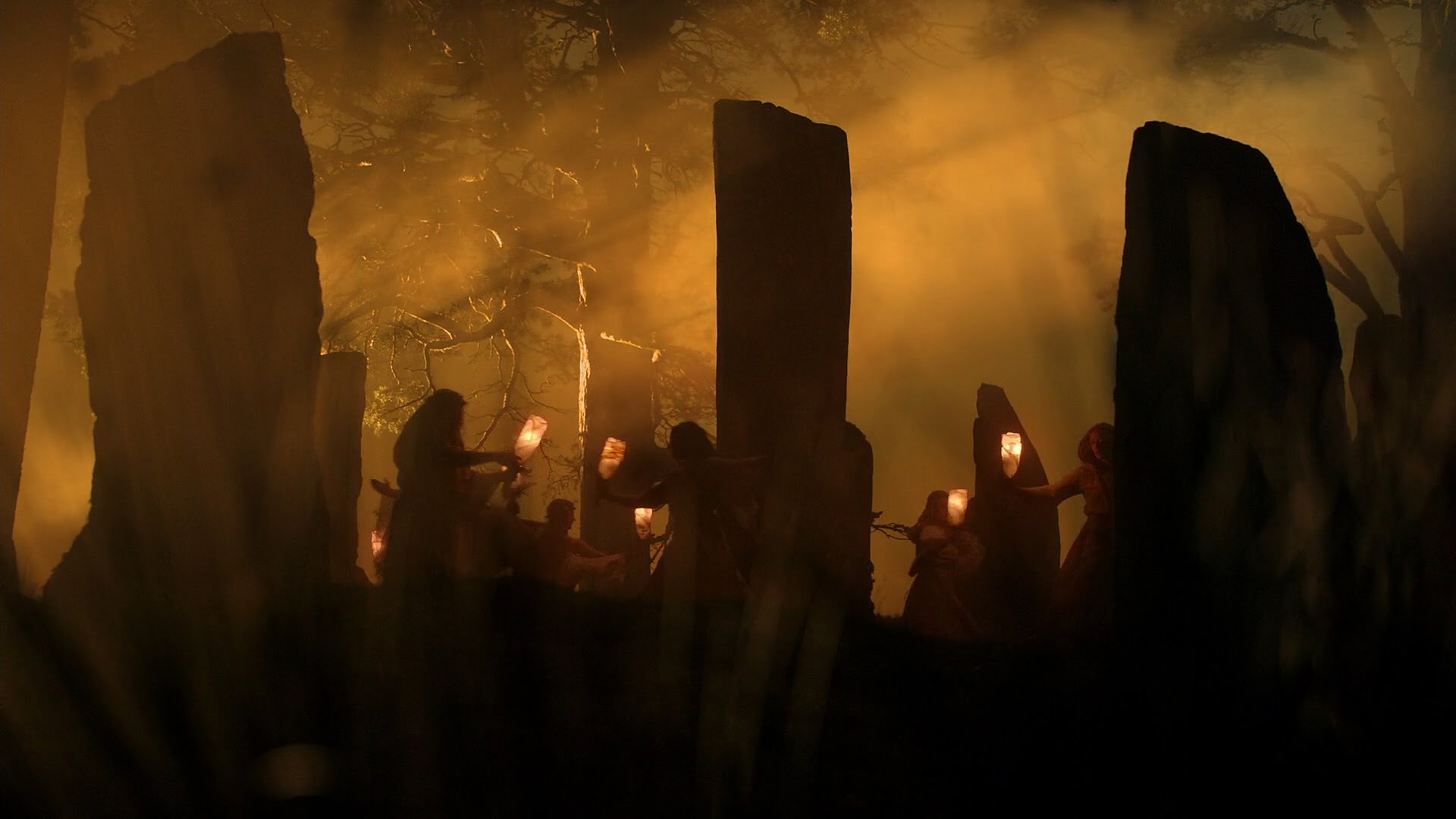 • I mentioned earlier that autumn brings on a mysterious sense of connection with the 18th Century frontier that I feel more keenly than at other times. This month I will pick up Dunmore’s War and dive into that reportedly excellent tome on the crucial 1774 conflict between the colony of Virginia and the Shawnee nation and its allies.

• In the same spirit, I’ll be listening to a lot of Bear McCreary’s work, which evokes the period so brilliantly in Outlander and Black Sails.

A taste of Samhain…

• If you’re going to go full Celt, you’ve gotta pay homage to the trees. Marilyn admired this venerable old juniper out in the woods on Saturday. It may be haunted… 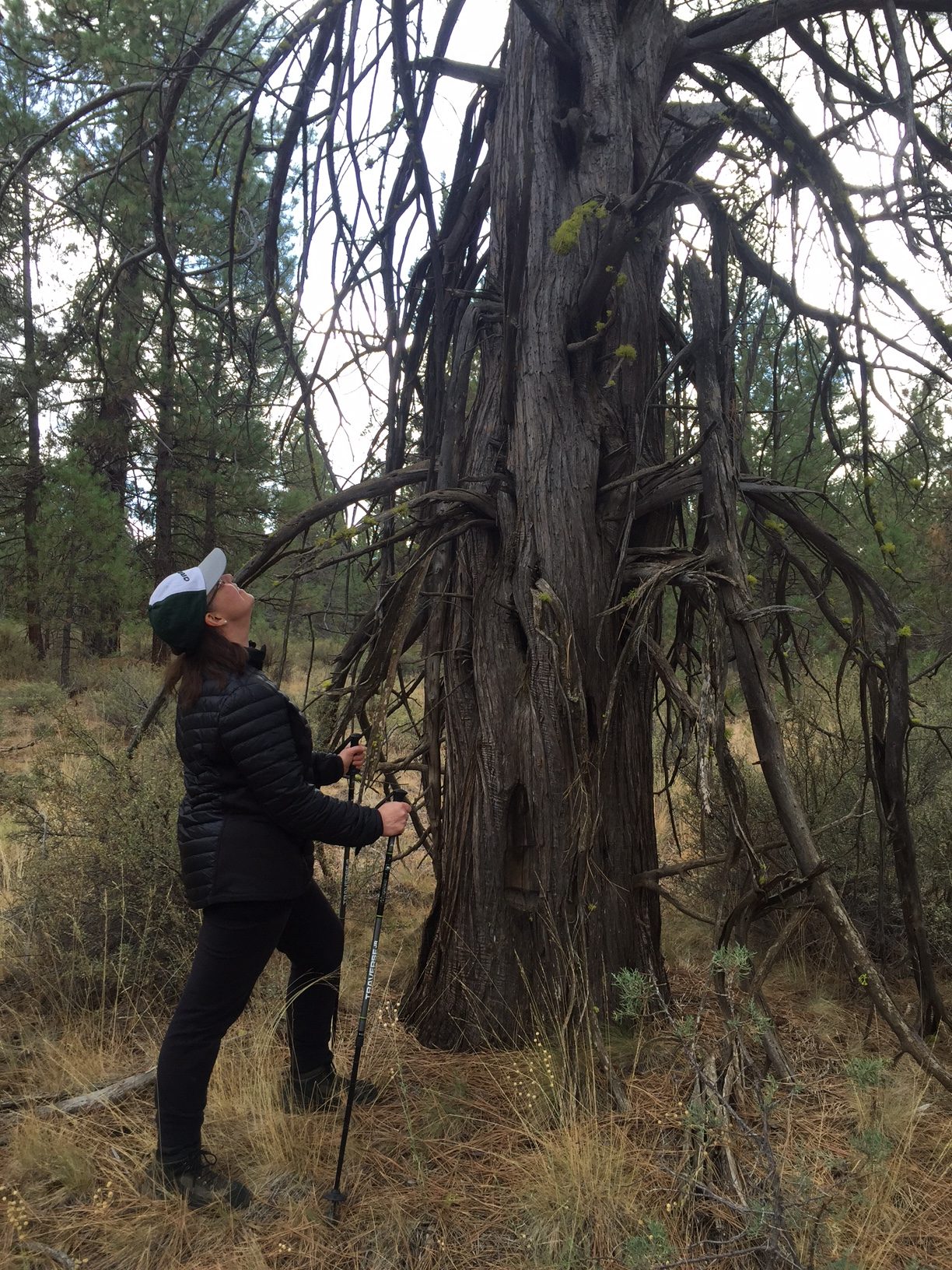 • Marilyn and I will keep up the family tradition of watching Bram Stoker’s Dracula (Francis Ford Coppola) and Tim Burton’s Sleepy Hollow. The creepy side of October is a great part of its charm. (I do not consider Story, whatever the medium, to be mere spectacle).

• Gurkha Cigars caught my eye because, well, Gurkhas. Evocative of kukris, slouch hats, badassery. My local humidor now carries the Gurkha Ghost. Smoked one Friday evening and I like. A lot. May be my new favorite smoke. 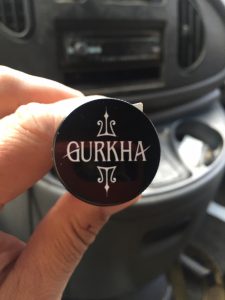 In 1887, at the height of the British rule, colonial soldiers began to make their own cigars from the local tobacco. The fondness of the British for these legendary Nepalese fighters inspired them to name their cigars ” Gurkhas.”

Steeped in legend and history, the Gurkha cigars, created more than a century ago has been reborn and today is one of the most famous brands of luxury cigars in the world. Having extraordinary quality and premium blends of tobacco, Gurkha is known for limited release and rare tobacco products with outstanding and artistically-oriented packaging.

Gurkha is also known as the ‘Rolls Royce’ of cigars and is enjoyed by many of the world’s elite including members of Royalty, Military, leading government officials, and celebrities.

The blend starts with a dark, alluring Brazilian Arapiraca wrapper. Thick and juicy, this leaf is draped over a well-aged Criollo ’98 binder, which hugs a rich bouquet of Dominican and Nicaraguan long-fillers. Once lit, Gurkha Ghost expels clouds of smoke, as a medium-bodied profile produces hints of cocoa, sweetness, earth, and a dash of pepper.

• I’ll close with an important “relationship hack” from Roman Legionary Titus Pullo, who had a certain obsession with the autumnal month: