Walter Dalrymple Maitland Bell was ruined for civilized living by reading books. It happens. Some of us take a perilous step in our youth, crack a Will Henry tale, or read Allan W. Eckert and Vardis Fisher and we’re never the same…

Born in 1880, young Bell fed himself on the dime novel heroics of Dead Shot Dick . On the strength of that infatuation, he left his Scottish home for the Dakota Territory. Poorly equipped, broke and inexperienced, he made it only as far as the train station. He was seven years old.

Young Bell’s literary tastes evolved — to the works of Sir William Gordon-Cumming, one of the early prototypes of the British gentleman hunter in Africa.

“Had my guardians realized what Gordon-Cumming’s writings would do to me, they would have bought and destroyed every available copy of his works in a hundred-mile radius.”

Bell’s mother had died from complications of childbirth when he was just three years old; his father died when he was 14. That left Bell’s siblings in the unenviable position of guardian to a teenager who was determined to make a life as a hunter. Many kids dream such dreams and set them aside as they move into adulthood. Bell would not only become a professional hunter, he would become perhaps the greatest elephant hunter of them all. 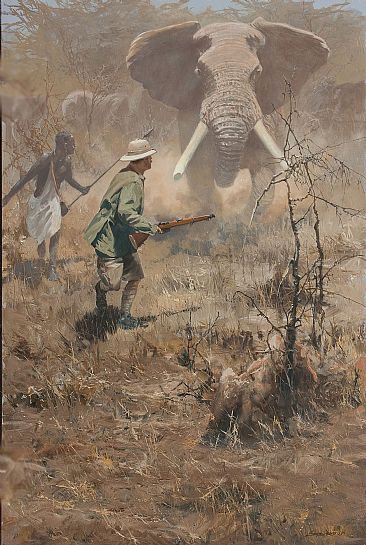 Bell’s family had considerable means thanks to his father Robert Bell’s success in coal and shale oil mining and production. They tried to tame Walter, sending him to military school, from which he promptly escaped; to boarding school in Germany, from which he attempted escape in a hand-built kayak (inspired by reading again); and they even outfitted him for some hunting expeditions hoping he’d get it out of his system.

Finally, Bell left home for good, heading for the gold country of the Yukon. He wouldn’t become a miner; he hunted meat for the camps because of course he did. When the Boer War broke out he left the frozen north and enlisted in the Canadian Mounted Rifles for service in South Africa. He already had a horse, a rifle and a Stetson, so he was good to go.

It was after the Boer War that Bell finally found his true calling in his heart’s country. In the dawning years of the 20th Century, he outfitted multiple hunting expeditions in East Africa, including into the wild Karamoja region of what is now Uganda, where he would earn the romantic monicker Karamojo Bell. He also hunted the lawless Lado Enclave.

Karamojo Bell was a professional hunter. It was his passion, but also his business, and — being a Scot — he ran it soberly and carefully, with an eye on efficiency and cost. He racked up a staggering bag of elephants and other game, hunting on a scale that gives we moderns pause. A lot of his shooting was necessary simply to keep his 150-man operation — skinners, camp staff, porters — in meat and leather for shoes and equipment.

The ivory hunting of the early 20th Century seems incredibly profligate to us now, especially when the elephant is under siege from poaching in narrowing African habitat. We know too much about the remarkable intelligence and social sophistication of the elephant to be easy of mind about their wholesale slaughter.

But current sensibilities have never dimmed my admiration for W.D.M. Bell. Since I first picked up his book Wanderings of an Elephant Hunter when I worked for Pachmayr, I’ve respected and just plain liked the Scotsman. Any rifleman must stand in awe of his remarkable skill. He settled the caliber-vs.-shot placement debate as far as I’m concerned, bagging most of his elephants with brain shots with light rifles.

He was a client of the great British gunmaker and dealer John Rigby & Co., and a history of the company* casts some light on Bell’s preferences:

Yes, Karamojo Bell was a gun guy. A serious gun guy. He was an elite rifleman, certainly one of the finest shots in the hallowed annals of the Frontier Partisans. He loved rifles, practiced diligently and honed and maintained his skills.

Light, compact, balanced rifles had their own advantages: Carrying one himself, and without a sling, instead of handing it to a gunbearer, provided many more hours of handling it, and Bell dry-fired his rifles until they were as familiar as his own hands. He once killed three Cape buffalo in rapid fire, each with one .275 solid. Giraffe, he wrote, with their heads sticking up above the bush, were easy game even at 500 yards. (Bell began to use telescopic sights only when he was in his fifties.) The various .22s he bought from Rigby, rimfire and high-velocity, were meat guns for birds and plains game, even sometimes buffalo.

While on break in Jinja, where the Nile flows out of Lake Victoria in Uganda, Bell would go to the shore to plink at cormorants. He had 6,000 rounds of British-made .318 to burn; ammunition that he no longer trusted for elephant. The birds came in over a rock ledge, flying straight but fast and about a hundred yards up. One evening a couple of clerks from the town’s colonial office approached him to ask what sort of shotgun he was using—“it kills much better than ours.” They were astonished to see that he was dropping the birds with a rifle. 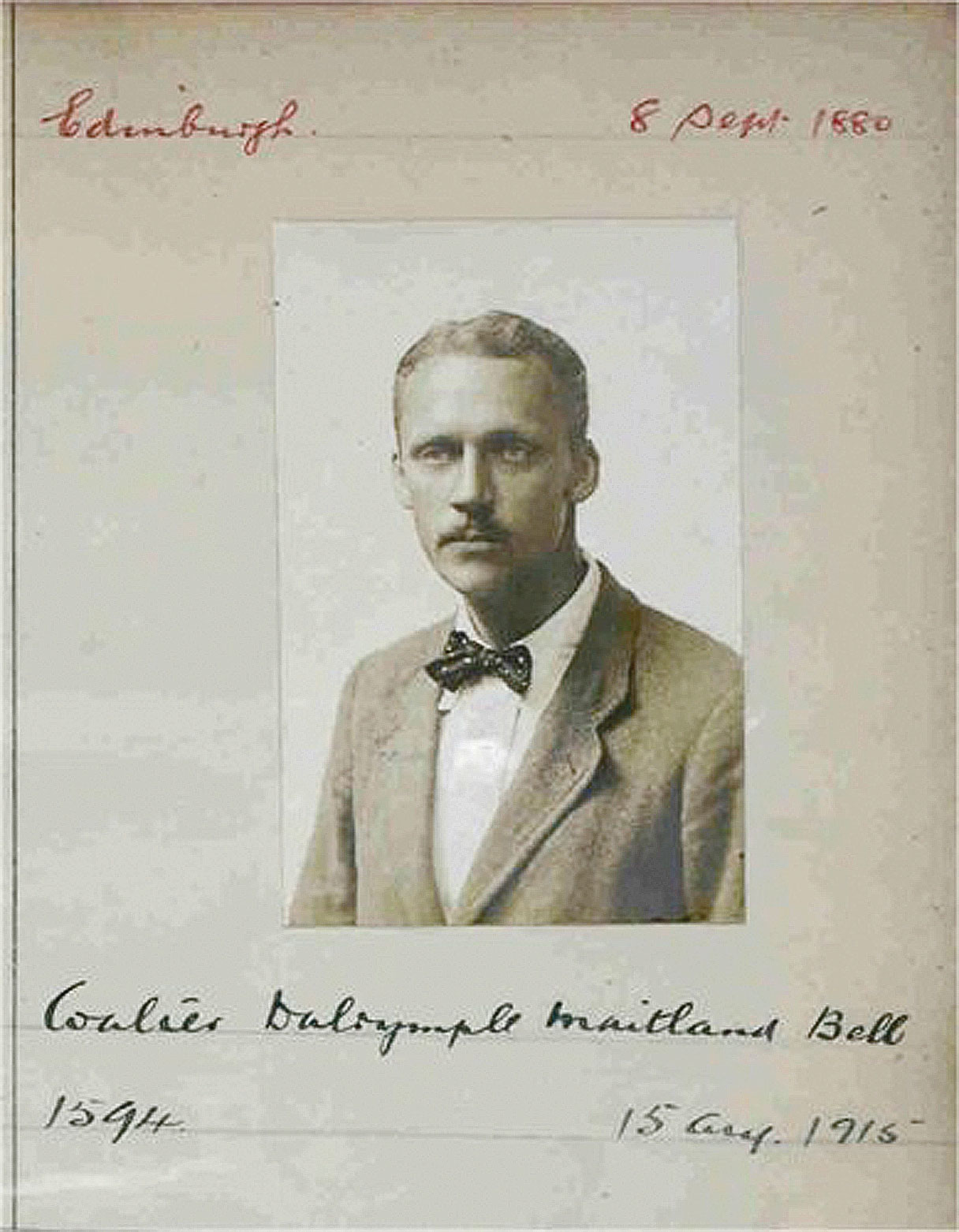 Bell served in the Balkans in the Royal Air Corps in World War I. He married Kate Rose Mary Soares in 1919. The couple continued to live an adventurous life built around hunting expeditions. Bell bought an estate in the Scottish Highlands northwest of Inverness, where he and his wife took up sailing and he lived the life of a country gentlemen. He also took up writing, crafting three bestselling memoirs of his African hunting life. 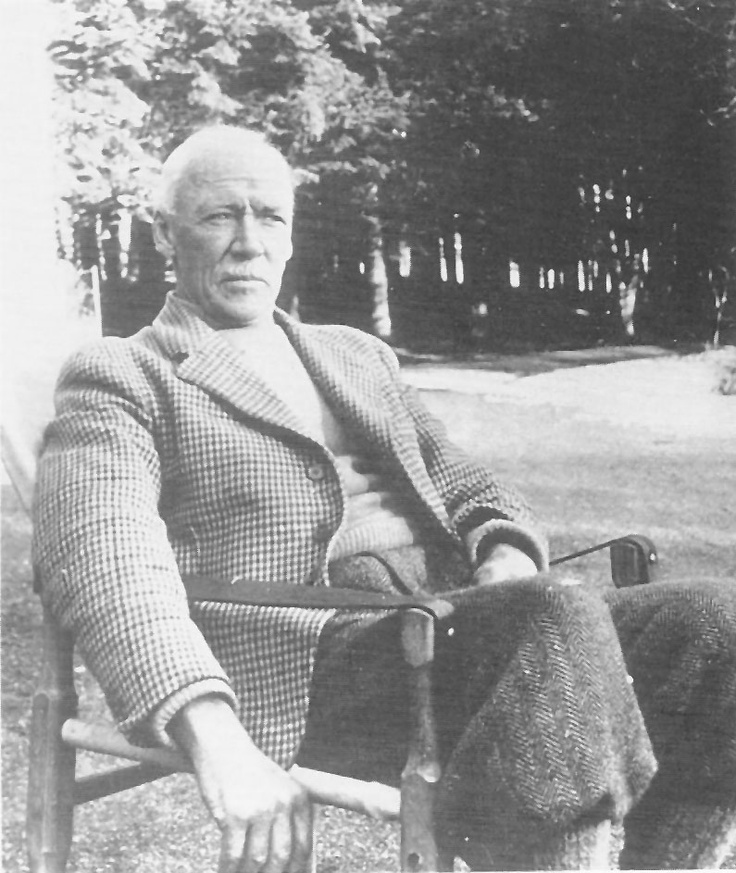 Safari Press is producing a gem of a book that I dearly wish I could purchase — but at a limited edition price of $140, I’m going to have to give it a pass. Ceili is the only one in the family who gets really expensive books right now.

But, oh, what a grand thing!

Reminiscences of an Elephant Hunter, The Autobiography of W.D.M. “Karamojo” Bell

Who was W. D. M. “Karamojo” Bell? Immediately what springs to mind is that he was one of the most famous elephant hunters of all time, but who was the man behind the legend? What was his story? How did he become this giant among elephant hunters? Now for the first time, Safari Press is releasing Bell’s complete autobiography, and with it comes the answers to all these questions.

Let’s first of all say what this is not. This book is not a rehash of Karamojo Safari, Wanderings of an Elephant Hunter, or Incidents from an Elephant Hunter’s Diary. This is Bell’s life story, and it includes about 60 percent more material than can be found in Bell of Africa. The chapters in this book are presented in chronological order, in Bell’s own words. Now, for the first time, it will be possible for Bell aficionados to place the hunting stories from the first three books listed above into the framework of Bell’s life. By looking at some of the chapters, it is easy to follow the evolution of Bell the hunter and Bell the man:  “Early Misadventures” (1880s), “I Take a Sailing Ship to the Other Side of the World” (1892), “New Zealand in the 1890s,” “Swagging and Other Adventures” (1894), “Escape from Germany” (1896), “One Foot in Africa” (1897), “Another Foot in the Yukon” (1899), “Back to Africa and the Boer War” (1900), “Into the Unknown” (1902), and so on.

At this point it’s important to discuss redundancy in Bell’s work. While we did our best to eliminate redundancies whenever we could in editing his autobiographical notes, we decided that it was necessary to keep some of them in order to preserve continuity and to respect the importance of maintaining chronological order in the telling of Bell’s life’s story. For example the chapter entitled “Karamojo” (1902 to 1907) is one. Using Bell’s own words, we did a synopsis of Bell’s time there; we did not rehash what can be found elsewhere . . . and we found a gem of a story that occurred at the very end of Bell’s penultimate journey into Karamoja, which we included at the end of the chapter. It is an absolutely delightful vignette of the time and it has not been previously published.

Reminiscences of an Elephant Hunter, The Autobiography of W.D.M. “Karamojo” Bell has been divided into three parts. Part I is Bell’s life story. Part II has original stories by Bell that have not been published elsewhere. Some of these include: “The Nandi Epic,” “The Somali Virgin,” “A Whaling Project,” “The Film Party,” and “Miscellaneous Misadventures and Reminiscences.” Part III includes some of Bell’s letters; official birth, death, and census records; and his will.

For six long decades, Walter Bell’s complete memoirs were hidden in an archive, lost to the world of big-game hunting. When we went through some 1,800 pages of typed and handwritten notes, we found a treasure trove of previously unpublished stories and autobiographical notes. We like to call them the “lost writings of W. D. M. Bell,” and it is our fervent hope that you will be as excited as we were on reading this remarkable new material on Bell’s life.

It is also our hope that Bell’s autobiography will give you an understanding of who Bell the legend and Bell the man truly was as well as providing a foundation for understanding Bell’s other books. Bell was a highly enigmatic character who, even when compared to the other giants of his era, stands out as an exceptional individual of extraordinary skills. His life’s story is testament to his bold, courageous, ruggedly individualistic, and persistent nature. Once you’ve read his exciting memoirs, we are confident that you will agree.

Sports Afield Magazine ran an interesting timeline of Bell’s life in the current issue, which is a delightful throwback issue featuring several articles from the 1950s and ’60s.