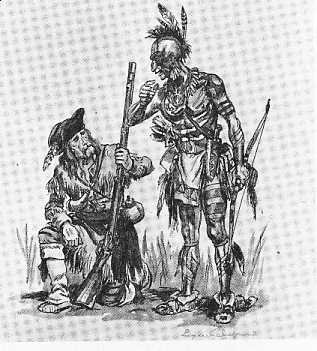 Ranger legends be damned — French Canadians were the best guerrilla fighters on the continent.

Canadians have been ass-kickers for 300 years. Sorry Robert Rogers, you were not the baddest mother in the woods — that honor goes to Canadian warriors who were probably the finest frontier partisan fighters the world has ever seen. In the very first Frontier Partisans post, I recounted how Rogers was beaten at his own game by the metîs warrior Charles de Langlade. Noted military historian Eliot A. Cohen confirms that, legend to the contrary, the laurels for forest warfare go to the French Canadians, not to the famous Rogers Rangers:

“…Despite the legend, despite Rogers’ undeniable skill as a woodland leader, and despite the heroism of so many of his officers and men, the rangers were, by and large, inferior to their opponents….To the very end of the French and Indian War, Rogers and his men were often worsted in the small war of ambuscade and skirmish, and often right near the bases from which they operated… The answer must be found chiefly on the other side, not so much in the inferiority of Rogers’ men but in the superiority of their opponents…”

— Conquered into Liberty: Two Centuries of Battles along the Great Warpath that Made the American Way of War

Cohen cites a warrior-gentry culture that created an officer corps comfortable living and working with the Indians as the key to the success of the Canadians in le petit guerre — though they ultimately could not prevail against a foe that could bring to bear much greater resources in materiel and population.

But even after the French and Indian war made Canada British, the northern dominions seemed to produce a disproportionate share of the Empire’s most badass warriors. Gabriel Dumont, military leader of the Metis Rebellion of 1885 is one of my very favorite frontier partisans, a man of great tactical skill, individual prowess and great dignity. Canadian scouts served with distinction in Britain’s nasty guerrilla war with the Boers in South Africa at the turn of the 20th Century, and the dominions would provide some of Britain’s finest shock troops during World War I and World War II.  As for the deadly battlefield art of sniping, the Canadian Ojibway Warrior Francis Pegahmagabow is honored as the top gun of World War I with (at least) 378 kills. 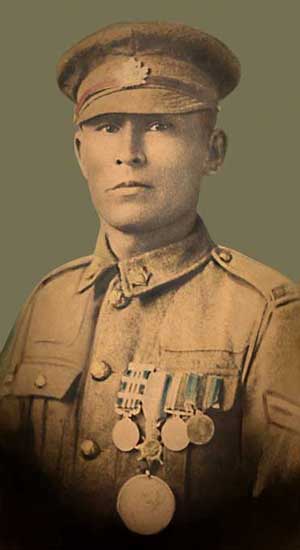 Ojibway warrior Francis Pegahmagabow was the top sniper of World War I.

And lest you think the warrior spirit has drained away in recent decades, note that a Canadian sniper serving in Afghanistan named Rob Furlong held the record for the longest kill shot at 2,657 yards (since surpassed by a few yards by a Brit).

So here’s a tip of the hat to my neighbors to the north, among the greatest of warriors and frontier partisans.