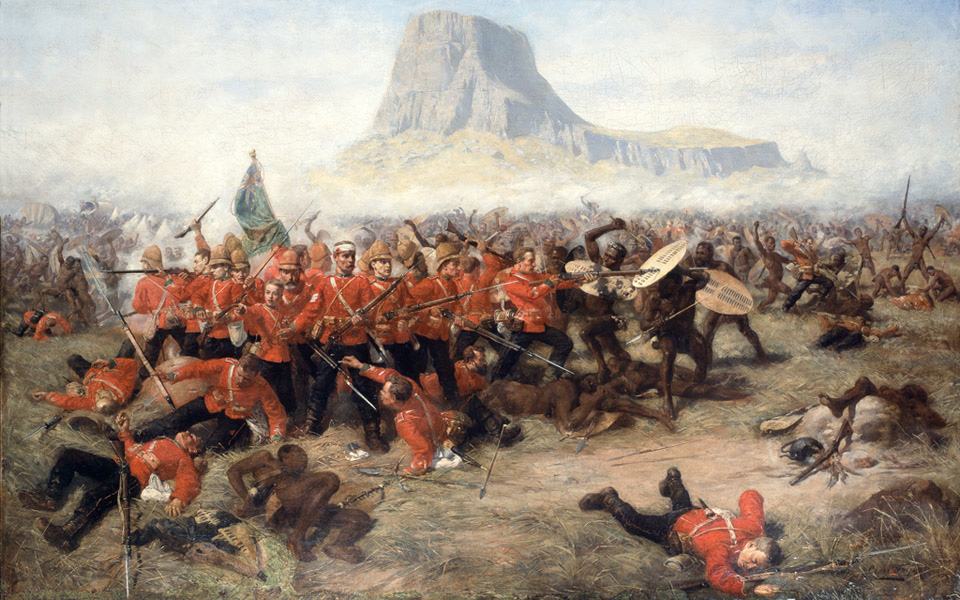 The British fought with desperate courage, but poor handling of the ammunition supply and overwhelming numbers doomed them.

The British were slow starters in their imperial wars. It was as though they needed to get their asses kicked before they would shake themselves, flex their muscles and get into the game.

The massacre of Braddock’s force on the Monongahela in the French and Indian War, Lexington & Concord (and the “victory” at Bunker Hill for good measure) in the American Revolution, the slaughter at Spion Kop and Colenso to start the Boer War: There was a consistent pattern.

Perhaps the most notorious of these defeats occurred on January 22, 1879, when the Zulu impis of King Cetshwayo overran the British encampment under the brooding rock outcrop at Isandlwana.

It was the kind of chicanery that earned the Empire the sobriquet “Perfidious Albion.” Of course, Britain was not alone in its practice of that sort of realpolitik. They were just annoyingly self-righteous about it. Not that Cetshwayo was an innocent. The Zulu were a militant culture and their kings were cruel despots whose penchant for execution played out in especially lurid fashion in their sibling rivalries.

Anyway, off went Lord Chelmsford — with sizeable contingents of native and colonial auxiliaries — to roll over the mighty spear-wielding Zulu with the modern army’s Martini-Henry rifles and mobile field artillery. Like Braddock before him, Chelmsford lacked a proper level of respect for his “savage” adversary, who couldn’t possibly “make any impression” upon a disciplined, well-armed British force. They never learned. Or, rather, they had to learn the same lesson over and over again, at the cost of rivers of Anglo-Saxon blood.

Boer guides advised Chelmsford to fortify his camp by literally circling the wagons — in the South African parlance, going into laager. The British commander couldn’t be bothered. He took a column off to hunt for Cetshwayo’s impis, for fear that they’d “escape.”

Instead, they were descending on the encampment at Isandlwana.

The Zulus were intimidating warriors.

The Zulu regiments were magnificent. The warriors were unbelievably fit from running over the veldt at a mile-eating pace and they were masterful in their use of the cowhide shield and short stabbing spear, the fearsome Assegai. In the years leading up to the war, a fair number of Zulus had acquired firearms, but for the most part they relied on throwing out swift flankers and encircling and overwhelming their foe.

At Isandlwana, the Zulus were some 12,000 strong; the British encampment held some 1,500 regulars, native contingents and non-combatant support troops. Almost all of them died under the Assegai.

But not without putting up a fight. Isandlwana was a great washing of the spears, but it was a costly one: Some 1,000 Zulus were killed, mostly by disciplined Martini-Henry fire, and another 2,000 were wounded. The British fire was hindered by poor ammunition supply. Quartermasters doled out ammo parsimoniously, and the crates had their lids screwed down. Imagine those desperate men trying to pry open an ammo crate for one more handful of cartridges… 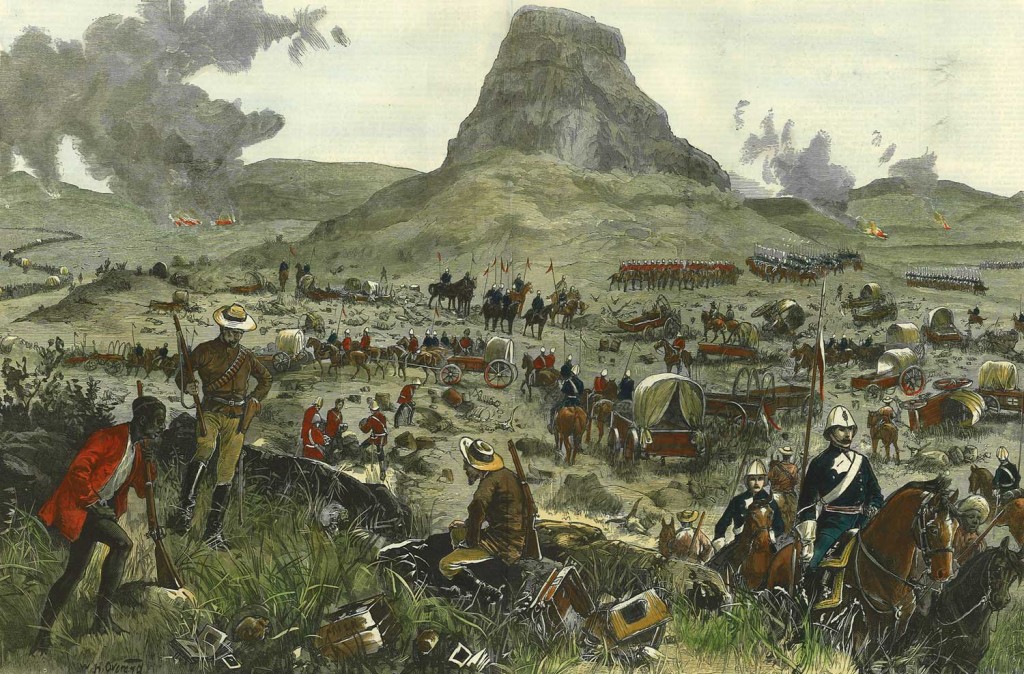 The destruction of the encampment at Isandlwana stunned the British army in Zululand — along with the rest of the Empire.

The Zulu rolled over the British force like an irresistable flood.

The British survivors fled back across the Buffalo River into Natal and the Zulus went on to attack the tiny British garrison at Rorke’s Drift. The heroic stand at Rorke’s Drift is one of the most magnificent feats of arms in all history and is a story all it’s own. It took some of the sting out of the stunning, humiliating defeat at Isandlwana. The British, as was their wont, eventually won the war, crushing the Zulu at their capital of Ulundi.

The slaughter at Isandlwana is often compared to the Little Bighorn fight, which came three years earlier. Both marked the high water mark of a native resistance, followed quickly by the destruction of a people and the end of a way of life. Isandlwana is often referred to as the worst defeat of a modern army at the hands of a native force, but that’s wrong. The Italian defeat at Adowa in Abyssinia in 1896 was many times worse — but that, too, is another story.

The epic 1979 movie “Zulu Dawn” is a magnificent recreation of Isandlwana. It’s available on Netfix streaming or on Youtube. Well worth a couple of hours of your time.