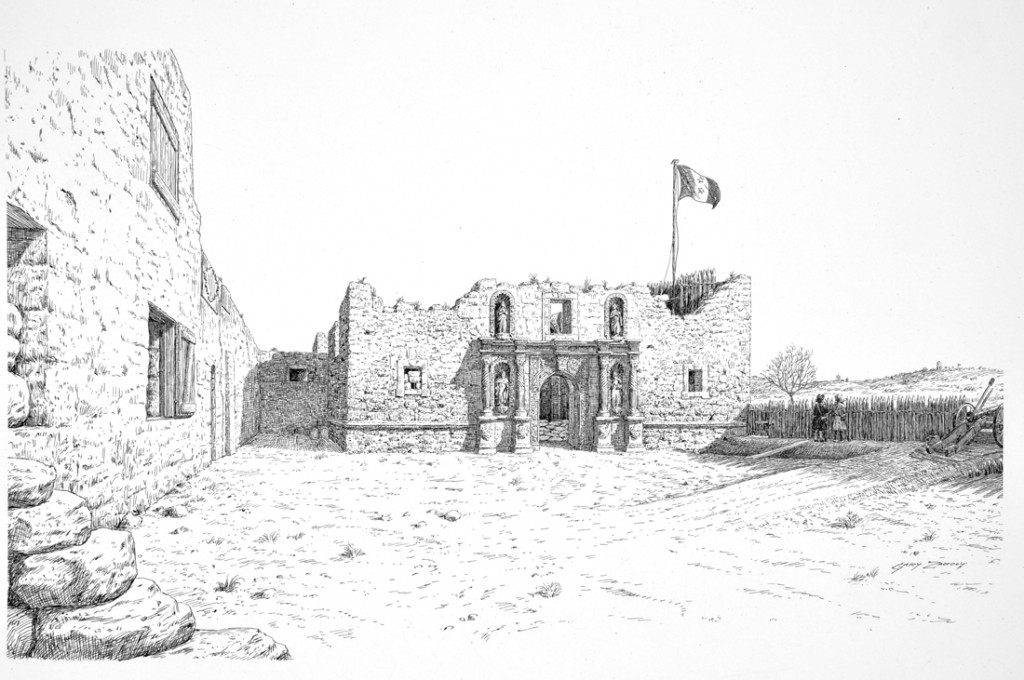 The Alamo is one of Gary Zaboly’s favorite subjects.

For every legendary figure from the annals of frontier history there is a legion of unsung “ordinary” folk. The fickle hand of fate bestows fame on a few and consigns the rest to obscurity. Fortunately, there are artists like Gary Zaboly, who bring to life the extraordinary lives of ordinary folk on the American frontier.

Zaboly explained his particular interest in the frontier in a profile in True West Magazine:

“It is less about bravery and courage than it is about the challenges suddenly thrust upon mostly ordinary people in the wilderness. They were forced to discover the reserves of strength and bravery within them — not to mention a host of other human characteristics, not always admirable ones. That ‘ordinary’ zone is one I prefer to depict — not the moment when the zealot dies gloriously cradling his flag, or the defenders of a fort, portrayed in godlike fashion, holding off the enemy tide, and having such extraordinary courage that none of us could ever hope to match them.” 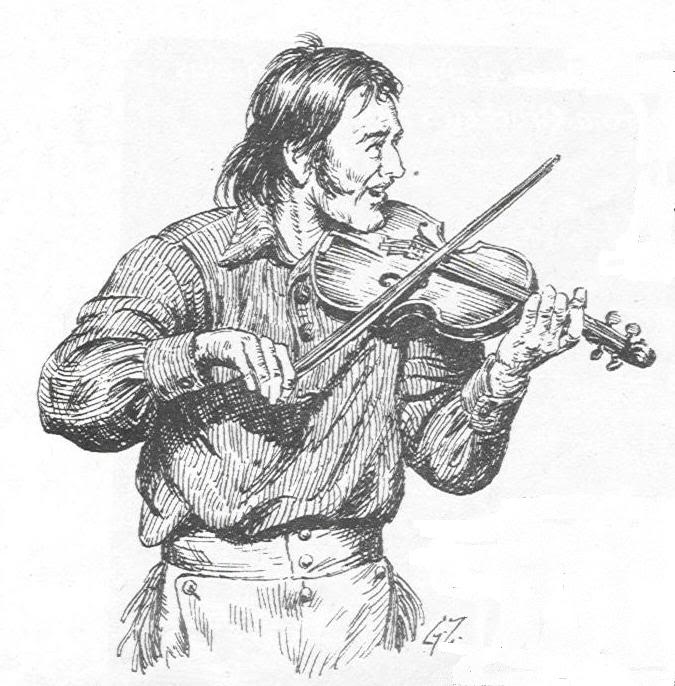 David Crockett was really an ordinary fellow. Zaboly has depicted him in the traditional heroic last stand, but he also captures him sawing on his fiddle.

Zaboly’s work covers a wide range of history, but he seems to have a special passion for the “Texian Iliad” of the 1836 Revolution.

I’ve always liked his stuff. It’s accurate, thanks to his incisive research and the faces of his men strike me as very real — indeed, extraordinary ordinary folk. 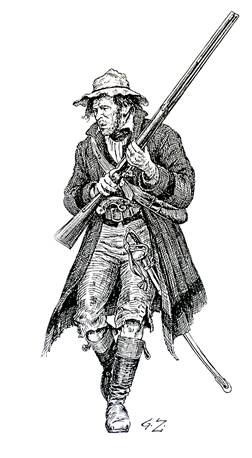 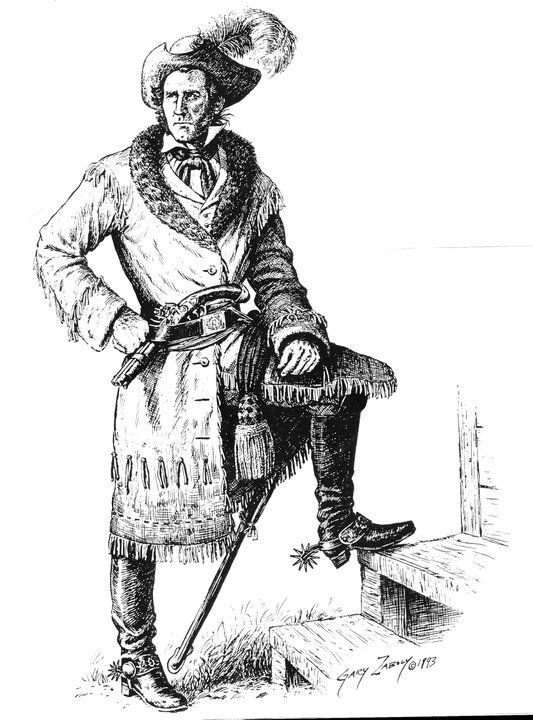 On the other hand, nobody would ever call Sam Houston “ordinary.” 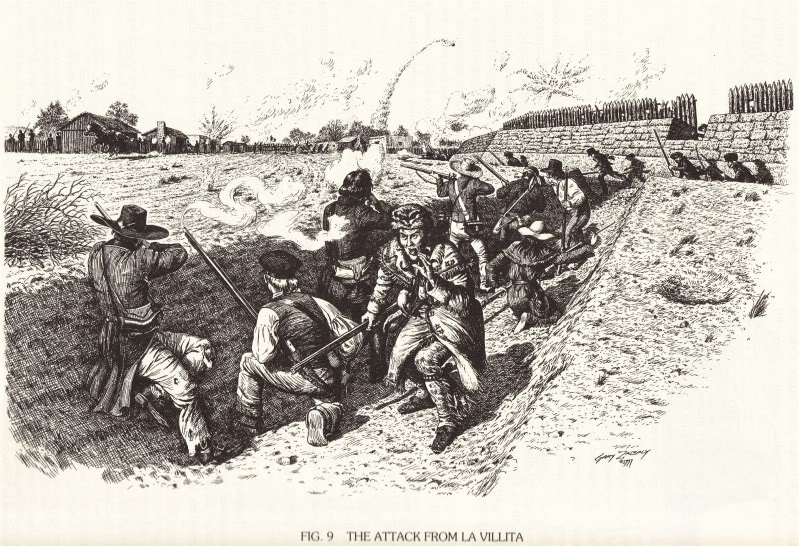 Crockett and his boys skirmish with besieging Santa Ana troops at the Alamo. Art by Gary Zaboly