(Editor’s note: Another guest post from Rick Schwertfeger, who mans the southern bastion of Frontier Partisans in Austin, Texas. I’m feeling a bit like Tom Sawyer: Come on y’all, white washing the fence is fun. I’ll just be sitting over here in the shade so I don’t take the fun away from you…) 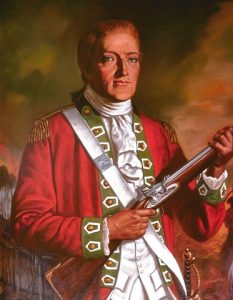 British Major Patrick Ferguson was smart, industrious — and, oh, could the man shoot. “He was widely considered the best marksman in the King’s service.” He knew that the American long rifle was superior to the British Army’s smoothbore Brown Bess musket. And he had an idea. In 1773 he obtained a 1704/1721 breechloading rifle designed by Frenchman Isaac de la Chaumette. Ferguson modified the design “to increase the containment of gasses, accuracy,” and ease of loading.

What followed was an impressive demonstration to military brass. Ferguson could shoot 4 to 6 shots in a minute. He could load it while walking forward, and while prone — no ramming required. And the range: accurate over more than 200 yards! 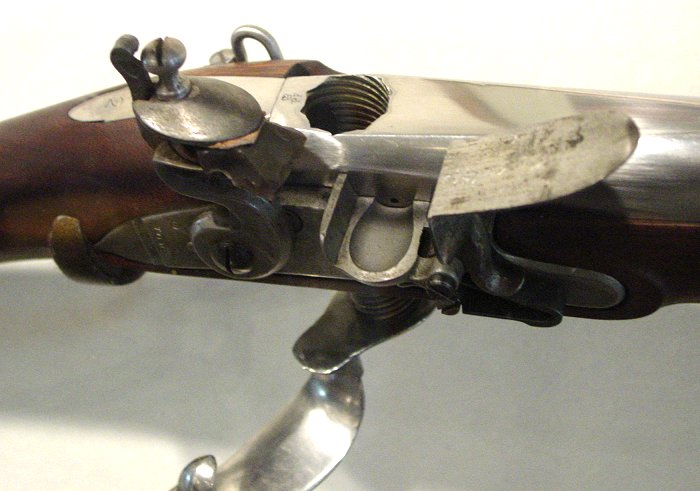 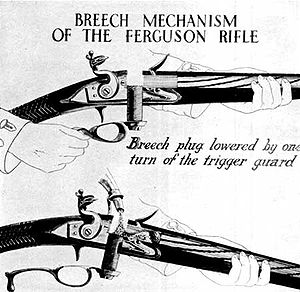 David Crisalli crafted a limited edition exact replica of the Ferguson rifle. The innovative rifle was a few decades ahead of its time.

Ferguson was assigned to oversee production of between 100 and 200 pieces. In 1777 a company of 100 marksmen was organized under his command, issued the new rifle, and sent to the War. They first used the rifle in combat at the Battle of Brandywine (PA) on September 11, 1777. Carrying out a delaying action, the company drove off American soldiers. The new rifle proved its effectiveness. But things did not go well for Ferguson: an American musket ball crashed into his right elbow, wounding him seriously, leaving his arm useless for the rest of his life.

Who was this Ferguson?

A Scotsman from noble families, he entered the King’s service at age 15 as a Cornet (2nd Lieutenant). Trained at the Royal Military Academy, Ferguson twice was commended for bravery in battles against the French — and also developed health problems that kept him in England for years.
Along with his superior marksmanship, Patrick Ferguson had admirable personal qualities: intelligence, charisma, articulateness; enjoyed reading and music, and was courteous to women. These later made the handsome Ferguson somewhat of an irresistible “rake” to the ladies of Charlestown, South Carolina. Notably, in combat Ferguson was honorable, courageous, and dedicated. “Ferguson…fit the mold for the prototypical British officer.”

Before the fight at Brandywine began, Ferguson and his sharpshooters formed in the tree line of a field. To their surprise, two Patriot officers appeared 100 yards away. The Patriots ignored a call to dismount. After all, they were out of range of Brown Besses. But Ferguson and his men had the new rifle!

The Americans rode slowly across the opposite tree line as Ferguson’s troops cried for permission to shoot — an easy shot with that rifle. But Ferguson declined to let them. His honor said that they posed no threat, and he wouldn’t shoot them in the back as they headed into the trees.

There is strong circumstantial evidence that the Patriots were Casimir Pulaski and George Washington! It is known that they scouted in the area that morning. Just imagine! But showing his character, when informed later of their likely identities, Ferguson replied that he was not sorry that he did not know that at the time.

After Brandywine, Ferguson’s sharpshooter unit was disbanded. The Ferguson rifles, too, were retired. The unknown reasons for this are subjects of historical speculation. Stodgy British Army tradition? Jealous Army politics? Lack of understanding that the American longrifle would prove as decisive as it did? Because they were much more expensive to make, with a longer production time? Regardless, all but two were lost to the ages. The relics are displayed today in museums in Milwaukee, Wisconsin, and Morristown, New Jersey.

Due to his injured right arm, Ferguson taught himself to shoot his pistols, use his sword and write with his left arm. His reputation rose after recuperating, and Ferguson was promoted to Major in October 1779. When the British shifted the war to the South in late 1779, Ferguson and his Loyal American Volunteers — several hundred mounted troops from New Jersey and New York — were sent to General Cornwallis.

Ferguson and the notorious Banastre Tarleton led their units in raids, skirmishes and running guerrilla warfare against Patriot partisans under Frances Marion, Thomas Sumter, and other backwoods leaders who deserve their own stories. Ferguson then went to western North Carolina to shield Cornwallis’ army from a rising Patriot backwoods army.

There Ferguson made two mistakes: First, he issued proclamations aimed at rallying Loyalists to the British cause. But his words insulted and infuriated the backwoods Americans; and served to rally the partisans to their cause while engendering a hatred of Ferguson. An “Over the Mountains” rebel force formed quickly and marched east through the gaps, linking with partisan militias there. They aimed to destroy Ferguson. Second, Ferguson made a tactical error. He placed his Loyalist militias on King’s Mountain, where dense forests rose almost to the ridges at the top. Ferguson intended to beat the Patriots with traditional European tactics: bayonet charges following volleys of fire. But their accurate long rifles and the forested slopes favored the Americans’ “Indian style” of fighting.

The partisans achieved a decisive victory in the Battle of King’s Mountain. The details of this fight can be read in thorough treatments elsewhere. There were two major outcomes: The victory of the American backwoodsmen became a turning point in the War — perhaps THE turning point. Partisan and Continental spirits soared; the British were set back on their heels; and American victory seemed possible.

Secondly, Major Patrick Ferguson was killed as he attempted a breakout down the mountainside. An admirable soldier was slain fighting for the Empire of his birth and allegiance by frontier partisans that he’d insulted and underestimated. 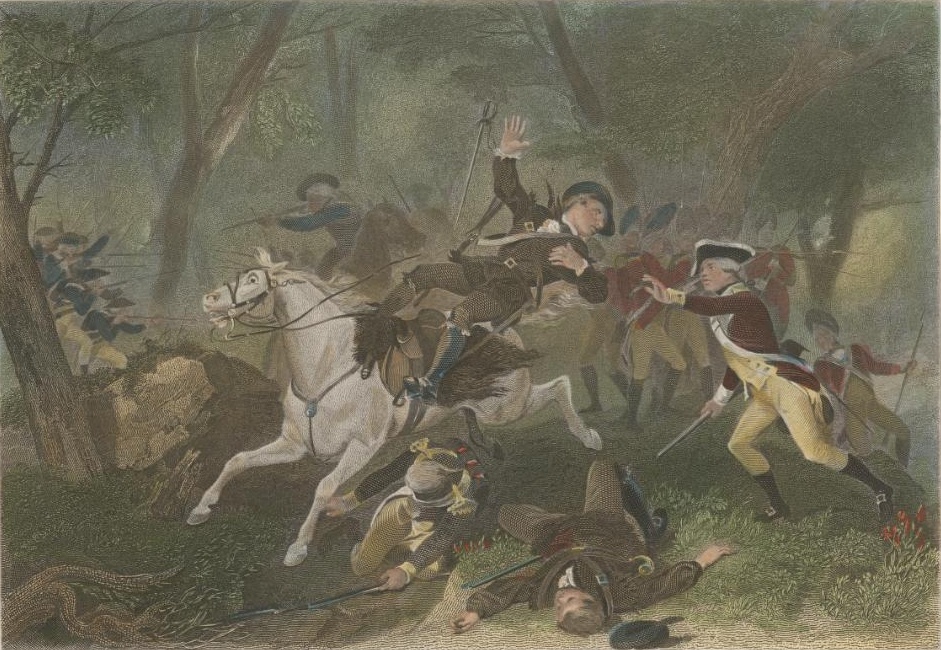 The Death of Ferguson.

On October 7, 1930 — 150 years from the date of Ferguson’s death — Americans erected a marker at his King’s Mountain gravesite honoring “a soldier of military distinction and…honor.”

Afterword:
Readers are urged to pursue two books quoted from above:
* James K. Swisher’s The Revolutionary War in the Southern Back Country. I can’t say enough about this highly readable book. The chapters on “The Rise of Partisan Warfare” and “Battle at King’s Mountain” are worth it alone. Just terrific!
* Tim L. Jarvis’ The Ferguson Rifle: Could Have Changed the American Revolution will be intriguing to those interested in firearms. 250 exact reproductions were made. Jarvis owns #16. Photos show clearly how it works. Jarvis puts the rifle in historical context, providing numerous source documents.

© 2017 By Rick Schwertfeger
Used by permission