“It is the constructive side of frontier life that most appeals to me, the building up of a country. When the place is finally settled I don’t seem to enjoy it very long.”

“I had a theory, not original, that each man kills the thing he loves. If it had any originality at all, it was only that a band of men, the fur-hunters, killed the life they loved and killed it with a thoughtless prodigality perhaps unmatched.”

A few posts back, I waxed rhapsodic about the ancient forests of Appalachia. Meant it, every word. And yet I’d be lying if I said I don’t thrill to the epic effort to conquer nature, the struggle that is the beating heart of frontier history.

When I was a little kid, my folks used to take me to Knott’s Berry Farm, back before it was overrun with rollercoasters, when the main attraction was the Western Ghost Town. They had a real deal steam train and I loved the hot, wet, greasy stench of the engine, the full-throated blast of the whistle, the chug-chug-chug as it pulled out on its circle around the park. Nothing says “Industrial Revolution” and “Taming of the West” louder than the Iron Horse.

That, I think, is symbolic of a dichotomy I’ve lived with and tried to reconcile my whole life: I equally love the Wild … and the Industrial Age tools and technologies that tamed it, and in many cases destroyed it. And living in that dichotomy puts me right in line with my Frontier Partisan heroes. I’ve come to think of the phenomenon as the Frontiersman’s Paradox, which is summed up pretty succinctly in the quote from Burnham above. There’s something thrilling and creative in the “civilizing” process, but the civilization itself is… uninspiring.

Did we conquer the wilderness to make the world safe for Wal-Mart? 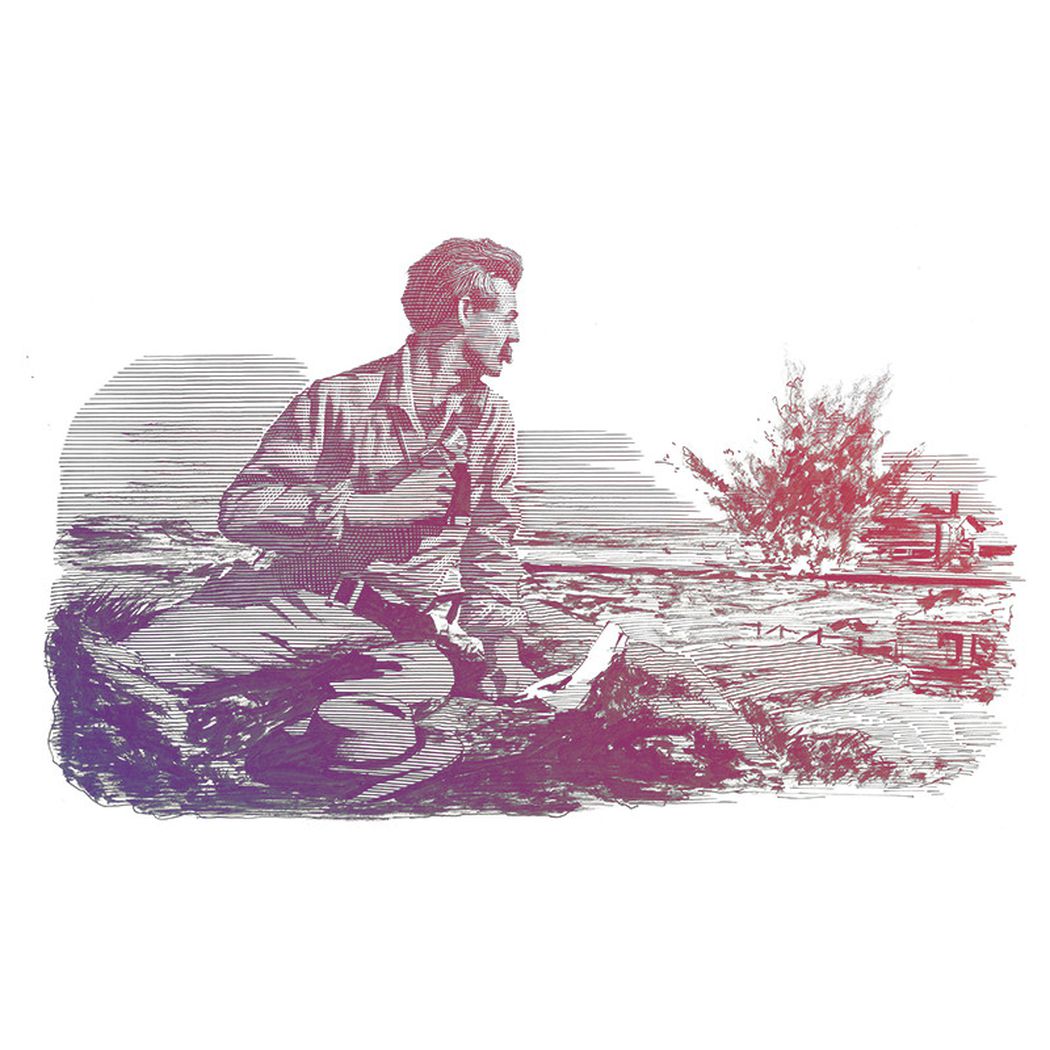 The mixed emotions of the Frontiersman’s Paradox are so commonly found in the record over a such a long stretch of time and such a vast geography that it’s virtually a cliché. Think Gus and Call in Lonesome Dove, mourning the passing of the Comanches and the bandits that they themselves ran to earth. They’d spoiled their own fun. 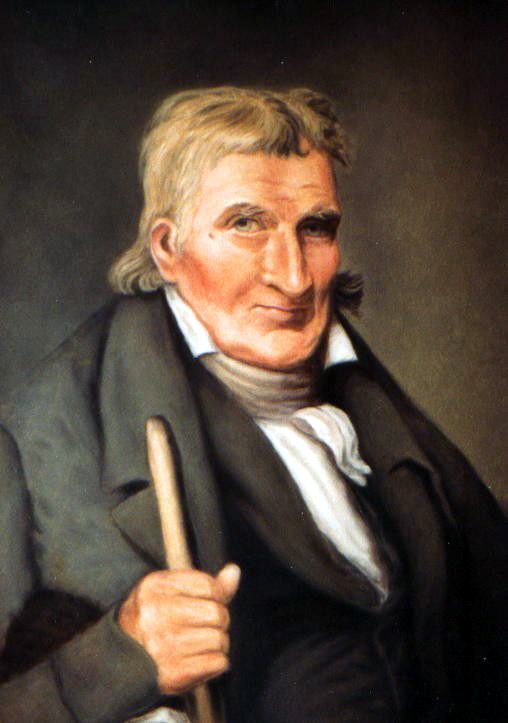 Simon Kenton in his old age could scarcely recognize the country he did so much to conquer.

Ted Franklin Belue closes his wonderful study of the Long Hunters, The Hunters of Kentucky, with a depiction of an aged Simon Kenton — who did as much as any single individual to wrest the land from its native inhabitants — gazing with bemusement at the civilization his work had wrought on a land he had entered when it was a kind of hunter’s paradise:

When old Kenton returned to Kentucky briefly from Ohio to visit, he hitched a wagon ride a few miles south of Limestone to take a sack of corn to a Washington gristmill. As David Hunter’s team topped a rise, Hunter reined in momentarily. Kenton, musing and drawing on his pipe stem, gazed at the land before him, all clapboard cabins and barns and greening pastures and cattle and horses where once there were buffalo rattling in the canebrakes.

As the leather snapped and the wagon eased on, passing a certain spring — memorably dubbed ‘the Shitting Spring’ by Kenton and Daniel Boone years before for the many dung piles a Shawanoe (Shawnee) hunting party had deposited upon its banks — flowing on land claimed by Hunter’s father, Hunter’s venerable passenger grinned and spun a few yarns about his adventures with Boone, but in the end, Kenton realized that the fabled island in the wilderness he once knew, explored, hunted, trapped out, and helped wrest from the Shawanoes was no more.

Many of the old Africa hands became conservationists in their middle and later years — not so much out of guilt at their prodigal slaughter of elephants, rhinos, lion and other charismatic African game, as out of a desire that some of the old Africa that they loved be preserved.

It’s off the mark to write up the prodigality of the early frontiersmen as mere greed — in most cases they were simply in love (or lust) with the endeavor, the act of hunting the wildlife, logging the trees, prospecting for and mining the minerals. So many of them, like Burnham, grew bored and restless when the country grew settled — thanks to them — and they moved on to new hunting and trapping grounds, or the next big strike. Most of them never accumulated much personal wealth.

I get it. I truly do. I remember a long-range tuna fishing trip in Mexican waters I went on with my brother, where we got into a frenzied bite — the water boiling and the big fish pounding the bait the second it hit water. It was a wild slaughter, and I never wanted it to end. In that moment, I would have joyfully caught every fish in the Pacific Ocean. I don’t have to wonder how Long Hunters, Mountain Men or the old Africa hands could trap out the country, slaughter the buffalo, stack deerskins or ivory tusks to the sky. I know. Thoughtless prodigality, indeed.

Burnham’s biographer Steve Kemper notes that Burnham always thought of himself being on the “progressive” side of history — the side of social improvement and development of the land for its “highest and best use.” Yet, Burnham also knew himself to be, “at heart a splendid savage, nothing more.” This, too, is an aspect of the Frontiersman’s Paradox, and, again, I feel it in my bones.

I do not despise civilization and modernity. As an educated man of arts and letters, I embrace both. I have a fairly well developed sense of civic responsibility. And yet I also carry within me an atavistic drive. Mostly, those characteristics rest easy up against each other; sometimes they are in tension. Sometimes I want nothing more than to chuck that sense of civic responsibility into the ditch and tree the town.

Puts me in mind of a scene from a recent episode of The Son. Eli McCullough, former Comanche captive-turned-warrior is, in 1915, desperately trying to drill his imperial ranching dynasty into the 20th century, seeking financing for oil exploration on his south Texas lands. Sitting in the bar at the Driskill Hotel (one table over from where Marilyn and I sat when we visited Austin last), he is confronted by a pompous windbag of a potential investor, who isn’t going to invest in oil; he really only wants to “meet the Colonel.” For his part, the nattily dressed Colonel indulges in a vivid fantasy of scalping the bloviating bastard alive while screaming at him in Comanche. 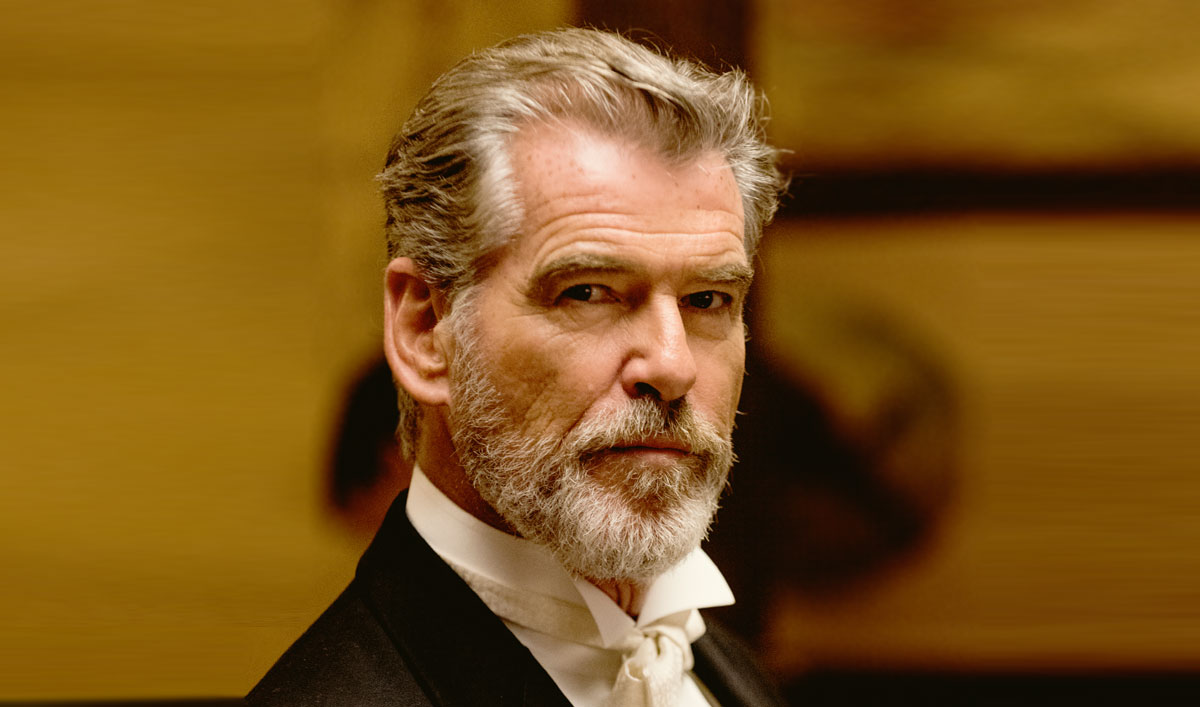 Eli cleans up well, but he’s thinking about scalping you.

But the paradox remains. I want to be both civilized man and splendid savage. I want the trees and the cutting of them; the glorious wildlife and the killing of it; unmapped territory and the mapping of it. Thing is, we’re out of territory. Can’t just “build up the country” and move on to the next untrammeled frontier. We’re confronted with another paradox — we must regulate the wilderness to keep it wild; trammel unlimited freedom in order to preserve any freedom at all. We limit our catch or our bag, as we should, as we must — and tamp down the lust for more. We set aside lands as Wilderness or National Monuments because we can no longer mine it, drill it, log it, graze it and move on to find new, pristine country to explore.

We have no option other than to reconcile the Frontiersman’s Paradox in a way we can live with in the 21st Century — else thoughtless prodigality will kill not only what we love, but ourselves as well.

Previous Post: « The Fountain Murder — A Magnificent Obsession
Next Post: American Epic — The Heartbeat Of A Frontier Partisan »