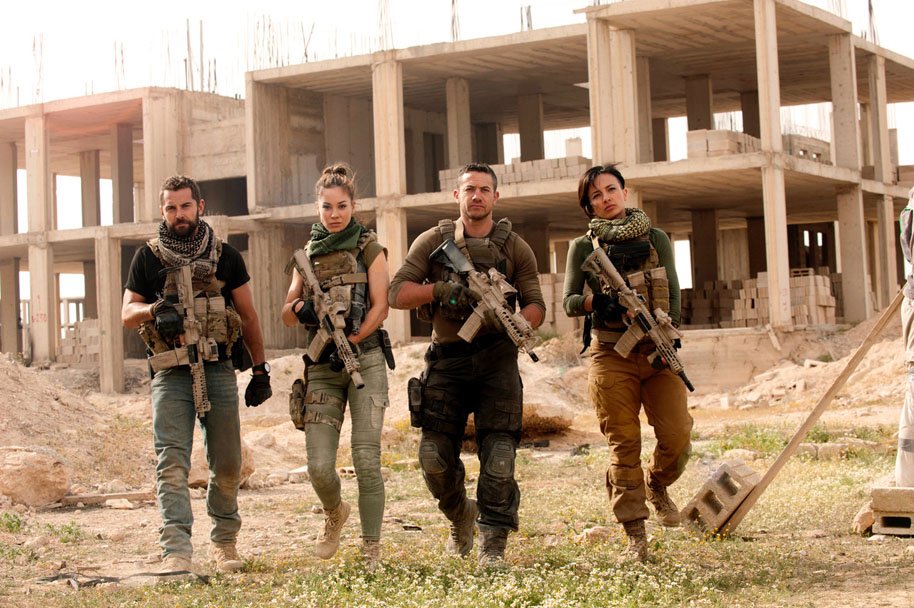 There’s a new posse heading out into the wild, wild east.

Cinemax is getting back into the covert ops business. They’re rebooting their franchise show, Strike Back. I hope that’s good news.

The original-original Strike Back was a grim, dark and realistic take on modern covert ops based on the work of British SAS trooper Chris Ryan. It starred the estimable Richard Armitage as a disgraced and deeply-troubled SAS veteran named John Porter pulled back into dark-side-of-the-ledger work on behalf of the British covert unit Section 20. 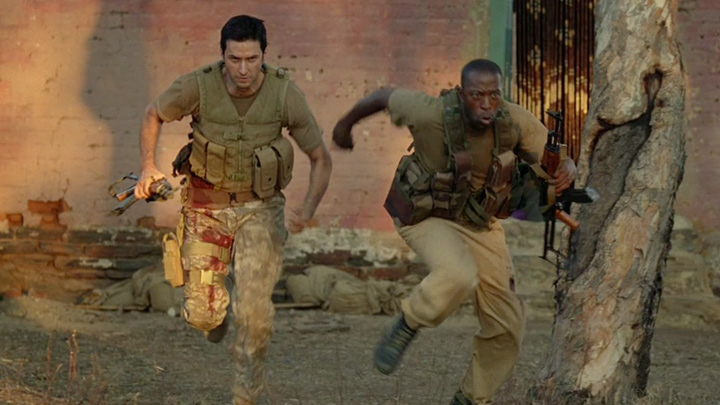 The six-episode British TV drama was picked up in a partnership between British Sky TV and Cinemax. While Armitage appeared in the first episode to provide a bridge between the original and the new show, the series are VERY different in look, tone and intent.

The Cinemax version is much more colorful, both in its storyline and in its visuals, featuring spectacular location shooting and action set-pieces that would not be out of place in a big budget, big screen production. Brasher and pulpier than its predecessor, Cinemax’s Strike Back is an entertaining shoot-’em-up — but it somehow manages to be a lot more than that. Strike Back punches above its weight because it has humor, exceptional chemistry between its two leads — Michael Sullivan (Philip Winchester) and Damien Scott (Sullivan Stapleton) — and most of all because it just plain has heart. 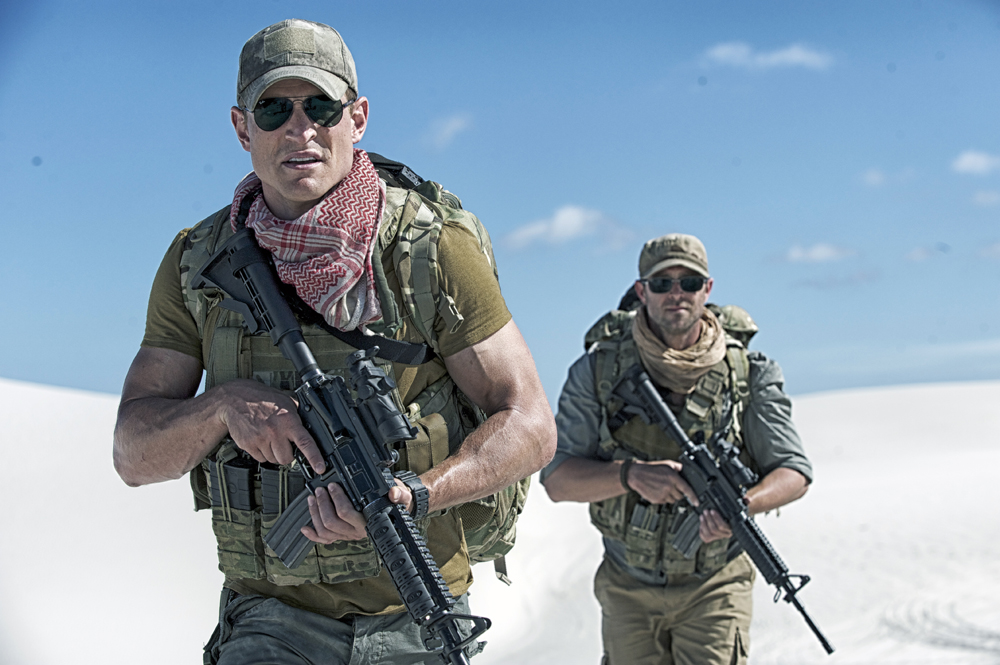 Scott and Stonebridge are gonna be a tough act to follow…

It’s easy to see why Cinemax would want to revisit the success of Strike Back, which raised the cable network’s profile — and subscription base — by offering a show that was widely regarded during its run as a better-than-it-needed-to-be military adventure show. I hope they can.

The nature of the setting and the action allows for — even demands — cast turnover. The Global War on Terror is seemingly never-ending and in the real world nobody can be an operator forever. New blood makes sense. It all depends on whether the new cast can generate the kind of chemistry the old Section 20 produced. Looks like the production and writing team is carrying on, so I’m hopeful that as long as they’ve got fresh stories to tell, they’ll tell them with the heart and panache that they brought to their previous work.

“In the new Strike Back, written by Jack Lothian, disavowed and disbanded, the Section program is restored in order to track down a notorious terrorist following a brutal prison break. Tasked with covert military intelligence and high-risk operations, the resurrected unit embarks on a lethal manhunt that will uncover a vast web of interconnected criminal activity. As the team journeys across the Middle East and Europe, they uncover a deadly conspiracy which threatens to overwhelm them all and change the face of modern warfare forever.”

Filming for a 10-episode season began last week in Jordan and Hungary and the series is expected to drop late this year.

OK then. I’ll be tuning in to see what the new Section 20 can do…

Previous Post: « The Mighty Forests Of Appalachia
Next Post: A Feast Of Succulent Mule, A Tizwin Drunk — A Damned Fine Read »