Gather round me buckaroos, and a story I will tell… of the good old days when men read gritty, muscular, pulpy paperbacks for leisure. We’re talkin’ way back in the 1970s here, when you could hit the local book store and find a spinner loaded with thin but satisfying paperbacks churned out by a feller named John Benteen.

Wasn’t his real name, of course. “John Benteen” was really Ben Haas. No matter. He was one prolific teller of tales. He wrote a number of Western series, but the legendary ones were his stories of Jim Sundance, half-breed gun for hire in the post-Civil War West and those of Neal Fargo, turn-of-the-century soldier-of-fortune.

Damn, but those were fun books. The Sundance books in particular I ate up when I was in junior high school. Sundance was the son of an English trader and a Cheyenne woman. Blond haired, bronze-skinned, he was a deadly combination of the best martial qualities of both races, equally proficient with the weapons of both sides of his heritage. He hired out his guns to pay a Washington lobbyist to advance the cause of the native peoples besieged by the advance of an avaricious American civilization. 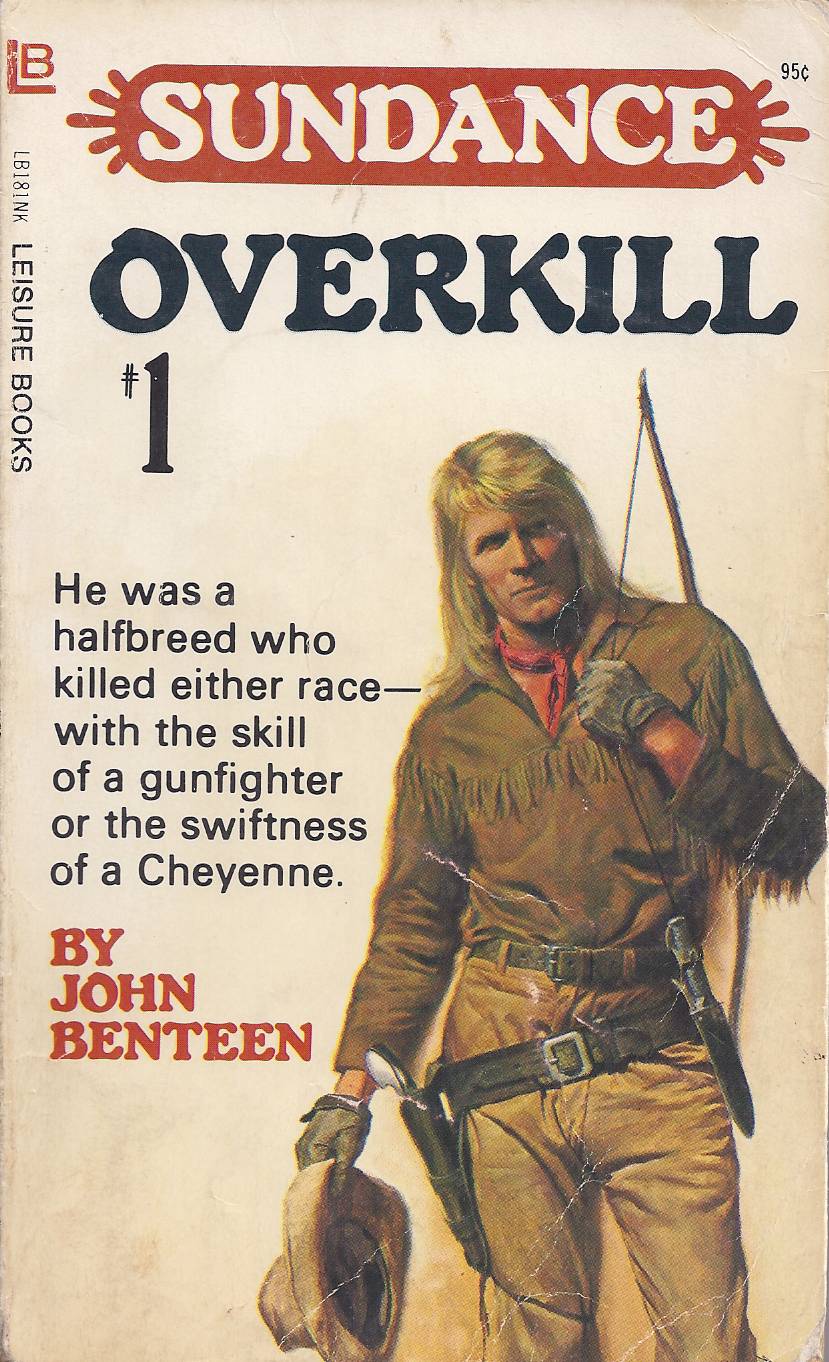 Yeah, the stories were formulaic, like all pulp inevitably must be, but Benteen (Haas) was a damn-good action writer, he knew his history, and he wrote like he meant it. Howard Andrew Jones, an excellent writer and critic, notes that Benteen (Haas) often rose far above the conventions of the field he was operating in.:

Sure, you know there’s going to be a big gunfight at the end, and you know Sundance will probably end up in a knife or fist fight somewhere near the start, but Haas plays with the rest of the setup every time so you can’t ever be sure how it will all come out. And because he was brilliant, Haas frequently exceeded the genre’s limitations. Mind, this was considered hackwork even when Haas was writing it. These were cheap, tawdry paperbacks, and the authors weren’t that well compensated. So there was no real reason for Haas to go above and beyond so often, delivering moving and haunting prose. Some of the Sundance novels are poignant and powerful even as they deliver the requisite action and violence.

My sensibilities have always been pretty pulpy, a taste for which I am not in the least ashamed. Jones notes that Benteen’s Westerns were escapist fare for the working stiff with a couple of hours to kill on the porch with a drink and a smoke or relaxing on a motel room bed after a long day on the road, and I think that’s right on the money. 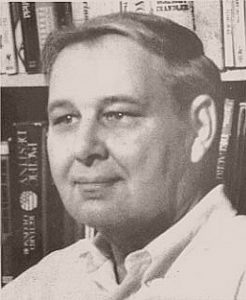 Haas himself recognized that “All westerns are fairy stories and outlets for impotent people.” Oh, boy, the Cultural Bolsheviks would have a field day with that, wouldn’t they? However, as his son, the sculptor Joel Haas, clarifies, Ben wasn’t referring to men with limp dicks — he was talking about the powerless. Working stiffs didn’t have much control over their lives back in that paperback-pulp heyday, and you could make a pretty good case that we’ve got even less control now. So what’s wrong with a little escape into a fantasy where a badass can take care of business and give some asshole what he’s got coming to him with both barrels? Nothing at all. Not one damn thing.

About 18 books into the series, Sundance was taken over by a different writer — Peter McCurtin. McCurtin came out of the hardboiled crime and military-adventure genres, and his Sundance feels a little different from Benteen’s. Stick with Benteen, is my advice.

The Sundance and Fargo adventures have been re-published under the Picadilly Publishing imprint in cheap e-book editions. Unfortunately, the covers don’t match the cool paperback versions from back in the day. In fact, they’re cheesy as hell. But they’re e-books, so once you download, you never have to look at the cover. They’re still a fun way to while away a couple of hours when you want a fast-paced, action-laden tale of badassery that somehow rises above its own limitations. Light up a smoke and enjoy…. 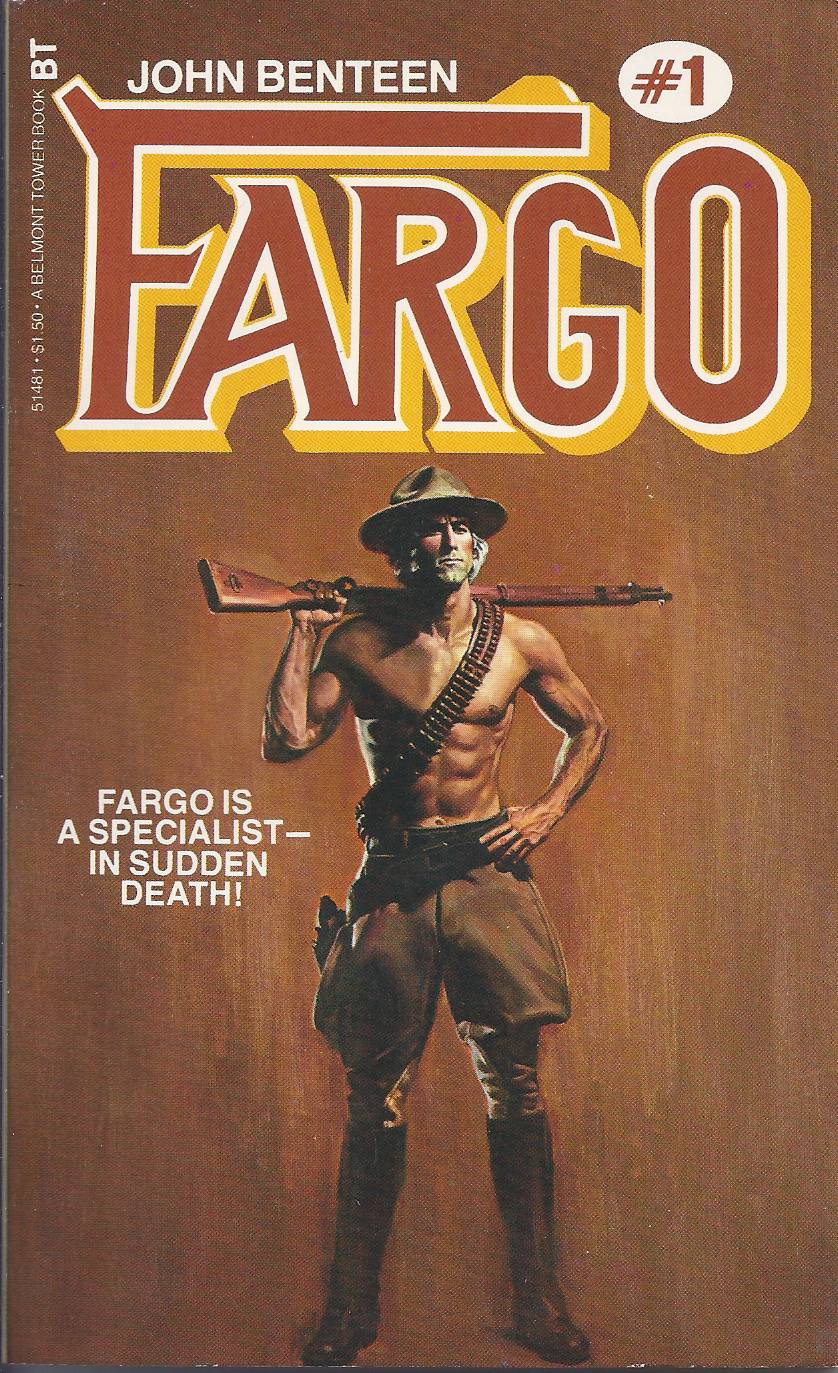